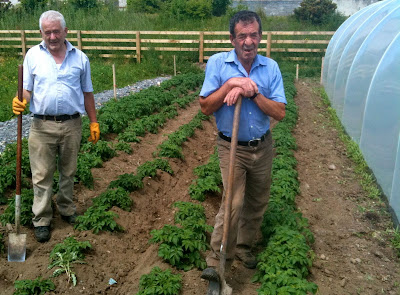 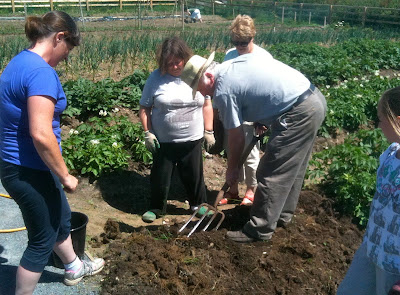 I am pleased to announce that Galway city’s largest community organic garden will officially be launched at 12.30pm this Saturday (July 17th) by the Mayor, Councillor Michael Crowe. Located in Terryland Forest Park adjacent to the Lus Leana housing estate, the Ballinfoile Mór Community Organic Garden has become a wonderful example of how neighbourhood-managed initiatives can secure long-term social, health and environmental benefits. 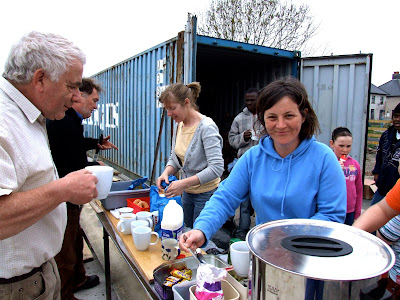 Teas for the Volunteers!

Funding and resources for this local community-driven project was provided by an array of agencies, including RAPID, Galway City Council, HSE, VEC, Respond and the Galway City Partnership. Caitriona McMuiris of the latter organisation has been absolutely brilliant in supporting the local committee in this initiative.

Many of the garden's founding members (including myself) are local community environmentalists and members of the 'Galway Friends of the Forests' NGO that successfully fought to save the Terryland Forest Park from being sacrificed to road development (Headford Road Framework Plan).

For over a decade, we have promoted many environmental community initiatives in Galway including heritage cycle tours through rural landscapes in the locality, school and community tree plantings, outdoor eco-arts projects, nature field trips and the protection of wildlife habitats in our city. 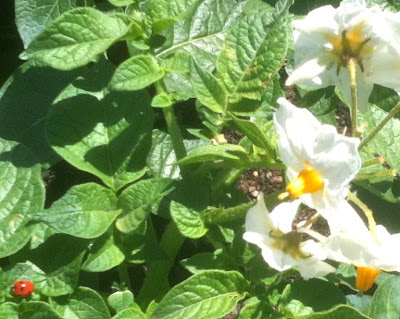 An organic community garden with a biodiversity ethos has been part of our philosophy for a a number of years inspired by green urban neighbourhood initiatives in the USA and Cuba but also with the work undertaken in the nearby Galway suburb of Ballybane. 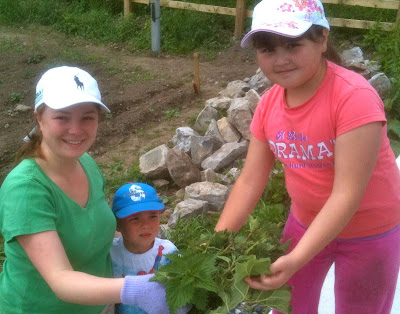 Since its inception late last year, ‘An Ghardín’ has become a magnet for residents of all ages from across the Ballinfoile/Bóthar an Chóiste locality to work together in the development of this extraordinary resource. 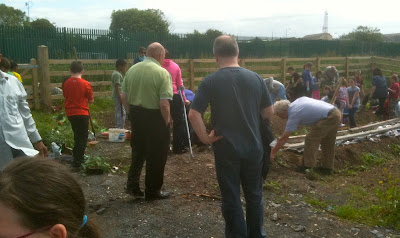 One of the partners in the project, the local primary school Scoil San Phroinsias, recently held a weekend planting day when circa 150 parents and children came along to plant vegetables and flowers. 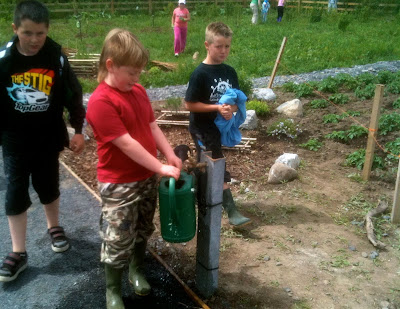 The VEC and a nearby child daycare centre too are using it as an outdoor classroom. We are also encouraging disability and older people groups, residents’ associations, the nearby Lisbrook Asylum Seekers Hostel and youth organizations to use ‘An Ghairdín’ as a facility for nutrition and organic farming classes, crafts workshops, nature studies, social interaction and physical education activities. 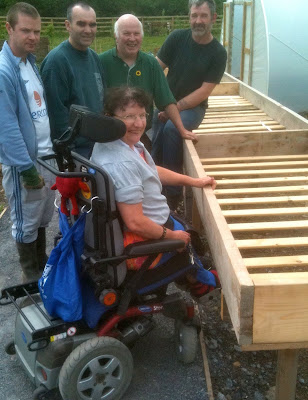 Committee members and local volunteers have in a few short months transformed a barren field into a fertile oasis consisting of vegetable beds, a herbal garden, a fruit tree orchid and a poly-tunnel overflowing with crops of corn, peas and tomatoes. 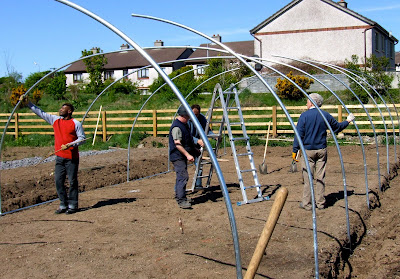 Volunteers have laid the foundations of a large pond to nurture indigenous aquatic flora and fauna such as frogs; have provided water piping and electrical cabling and constructed a stage for outdoor cultural performances. 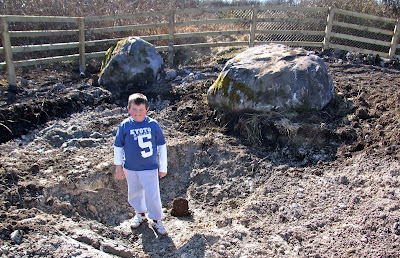 Creating a Pond for Aquatic wildlife

The committee has also made a commitment to promote and utilize traditional rural crafts in the ongoing development of the garden. Hence many of the vegetable beds were planted using old farming methods. Courses were held last week on willow/hazel hurdling with the resulting natural fencing created by the participants being used as perimeters within the garden. 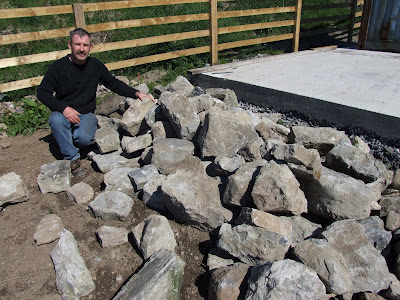 Traditional drystone walls will become a feature of the garden over the next few months.

The site for the ‘An Ghardín’ was provided by Galway City Council in the grounds of the Terryland Forest Park as our project complements the wildlife and environmental ethos of this proposed ‘ecological corridor’ due to the fact that our charter includes the promotion of biodiversity by for example constructing traditional hedgerows of Irish trees such as Hawthorn and Hazel around the garden perimeter; by using only organic fertilizers as well as by planting native wild flowers to attract bees and other insects. 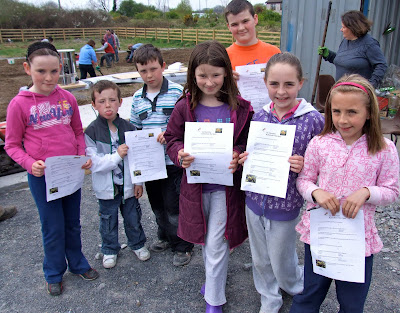 Over the coming year, hundreds of local residents will avail of this remarkable green resource that will do much to improve the quality of life in our locality. It is expected that the garden will have many beneficial effects for the Ballinfoile Mór community by its provision of an outdoor nature classroom, by contributing to building up good neighbourliness, by increasing awareness of food nutrition and a healthy living lifestyle and by creating a source of locally produced organic foods. It is expected that many of those that use the community garden will create their own organic household gardens.

So we hope that as many residents as possible turn up for the official launch at 12.30pm on Saturday! 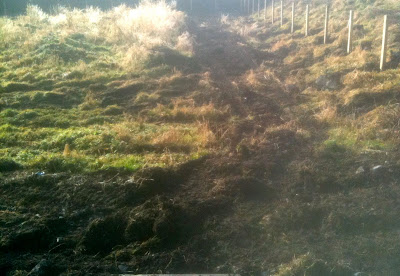 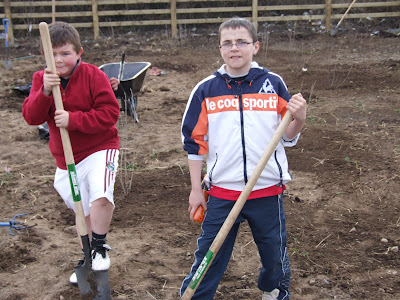 Early days- Digging in the Garden 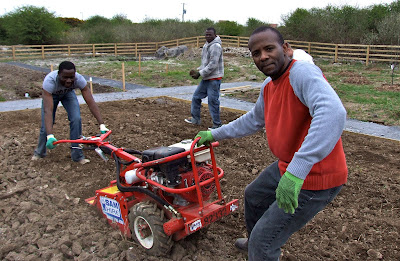 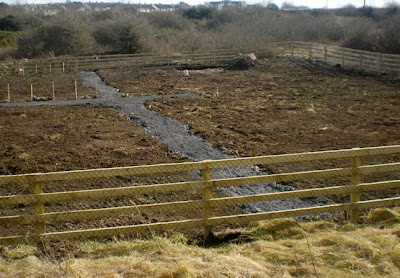 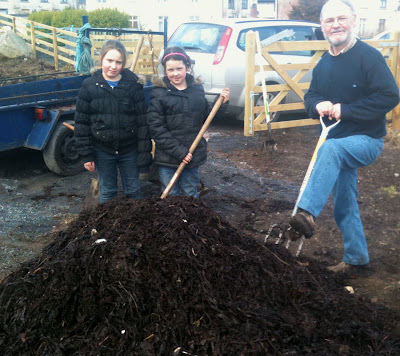 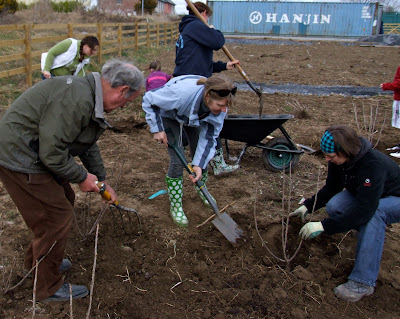 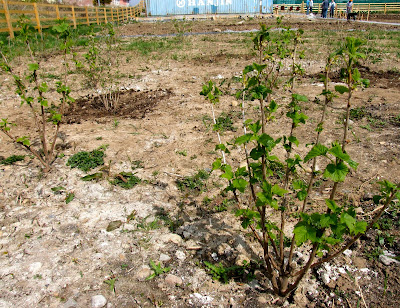 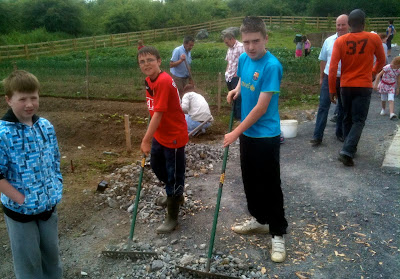 Working on the garden paths 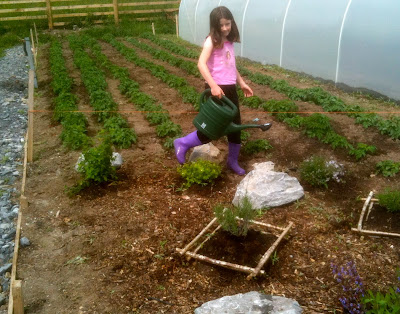 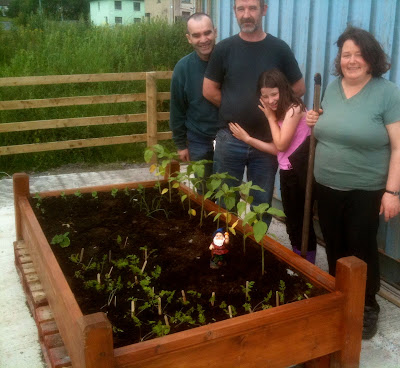 Francis, Jack, Frances standing beside the raised bed being used by the children from the local pre-school. 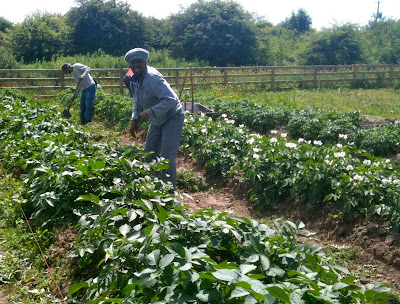 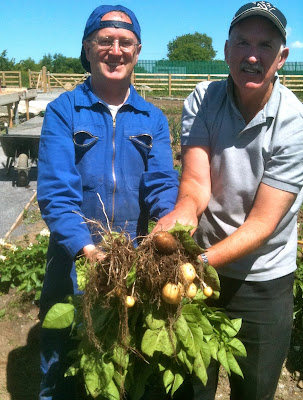 Myself & Willie Needham holding some of the first crop of potatoes dug from the garden!

hey, Speedie i like your presentation of your green lifestyle. check out this website: http://sites.google.com/site/christiangreensite/Home
I'm Alan Jackson from Houston TX

Great profile of the garden Brendan and love the photos. Conhgairdeachas to all involved in the fantastic launch of the garden . Truly and amazing achievement in such a short period ! Looking forward to the harvest celebrations in August. Le gach dea ghuí. Caitríona

You("Speedie")can efinitely take pride in your part in this wonderful thing. Thumbs up for you and the alternative that you give to Galway. /Frida

Thanks for the kind words Frida. But there are so many good people out there in all lands doing their bit to improve people's lives and to help protect Earth's beautiful diverse flora and fauna.
Hopefully their efforts will ultimately succeed