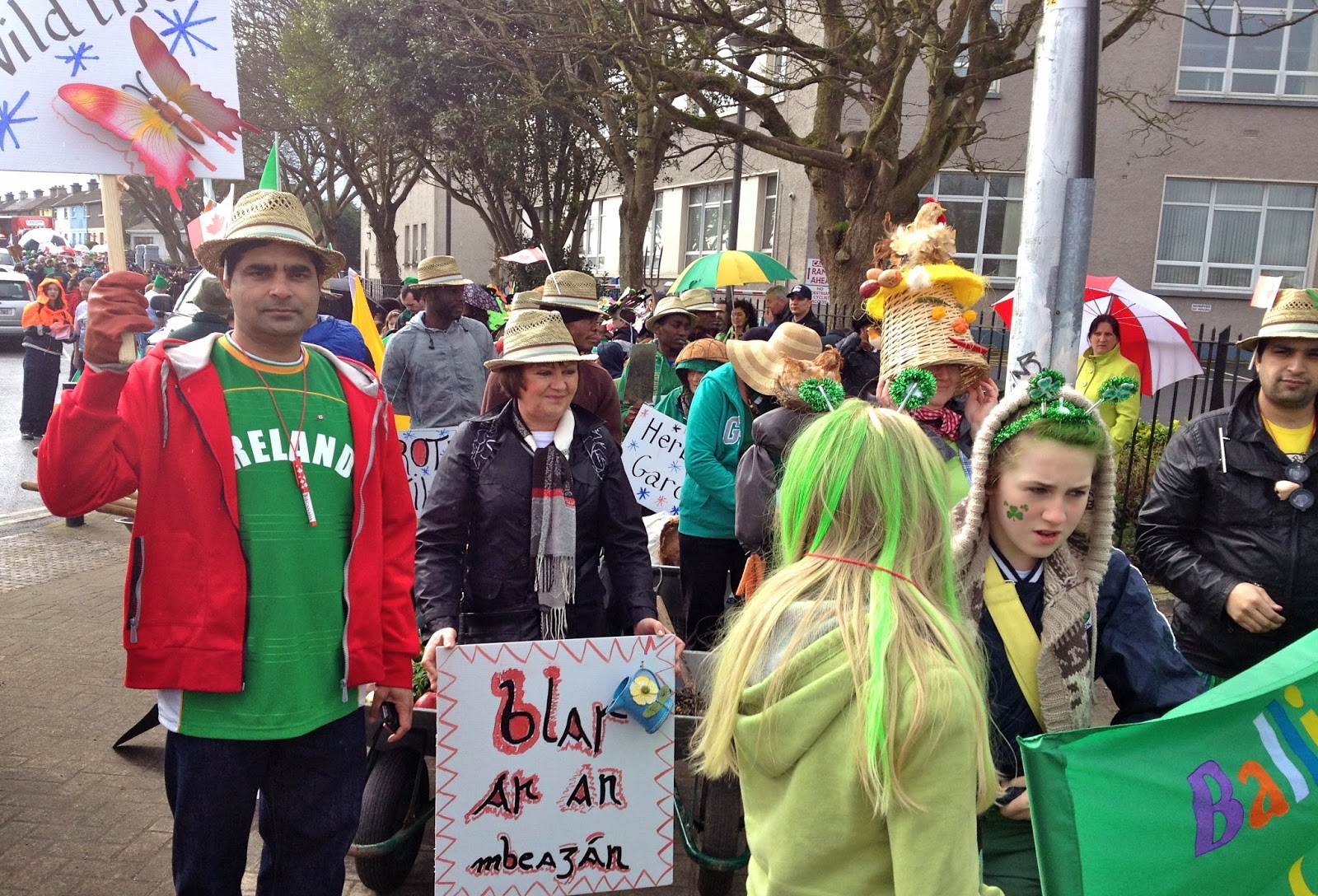 Please join us tomorrow as we march in the St. Patrick's Day Parade promoting the social and health benefits of neighbourhood organic gardening to local and visitor alike.
The "Lets Get Galway Growing" network will be represented in this great festive event by members of the Westside, Eglinton Salthill and Ballinfoile Mór (Terryland Forest Park) community gardens. 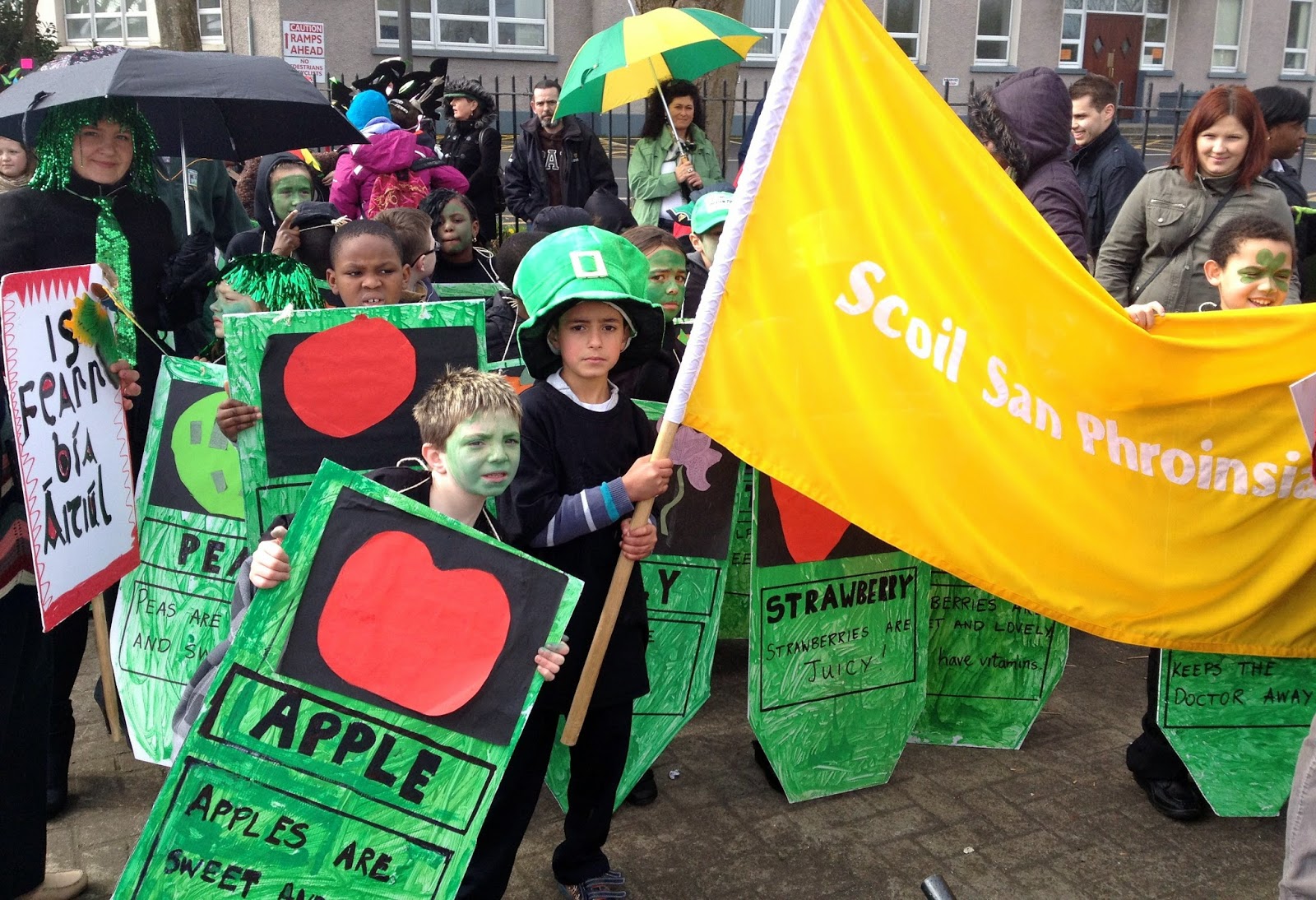 But we welcome supporters of organic gardening from all over Galway and beyond to march with us!
Cumann na bhFear (Men's Shed Ballinfoile Mór) will also be marching beside us promoting traditional arts, crafts and traditional manual skills and as well as heritage cycling tours.
So if you would like to take part, please meet up at 9.30am-10.00am in the morning (Mar 17) at the Cumann na bhFear  premises. Unit 1b Sandy Road Business Park (adjacent to Galway Bay FM). Or email Brendan at speediecelt@gmail.com. 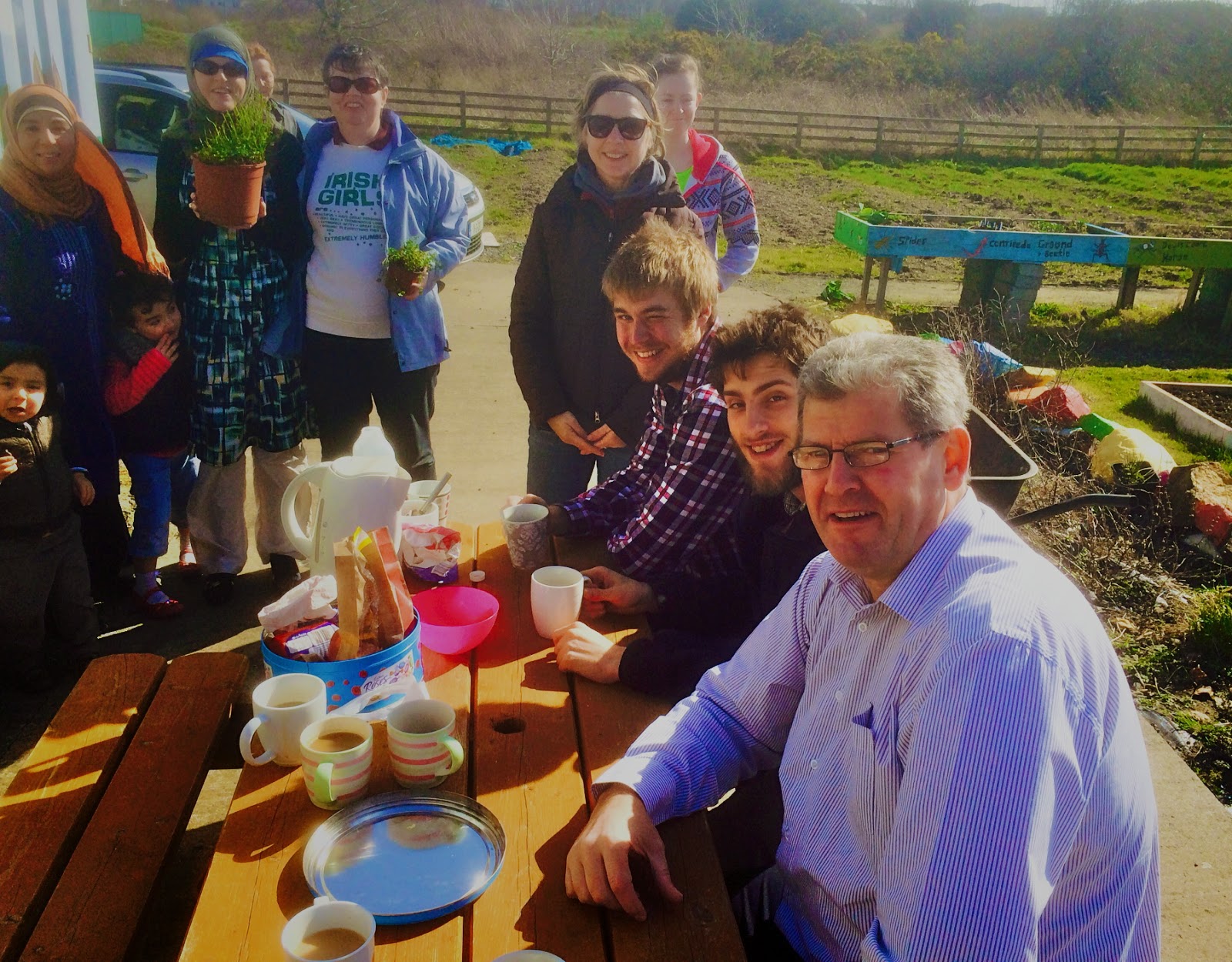 Photograph shows members of the Ballinfoile Mór Community Organic Garden yesterday in their garden having a well deserved break from working amongst the vegetable beds.
No comments: 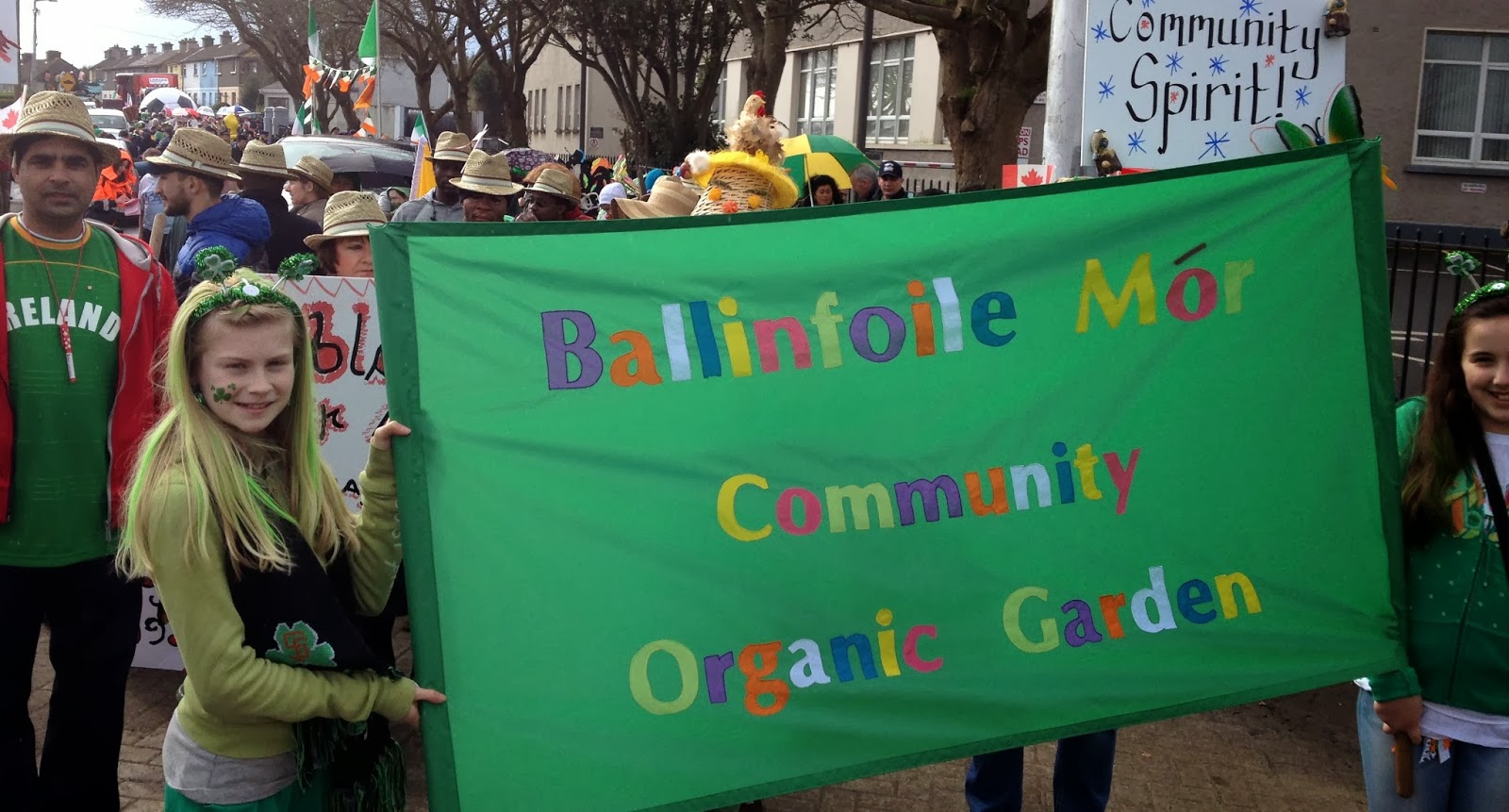 The Lets' Get Galway Growing network will be represented in this year’s St. Patrick’s Day Parade by members of the Westside and Ballinfoile Mór Community Organic Gardens who will be promoting the healthy and social message of growing organic fruits, vegetables and herbs in community settings where local residents can work collaboratively with other local people of all ages for the good of themselves and their neighbourhoods. 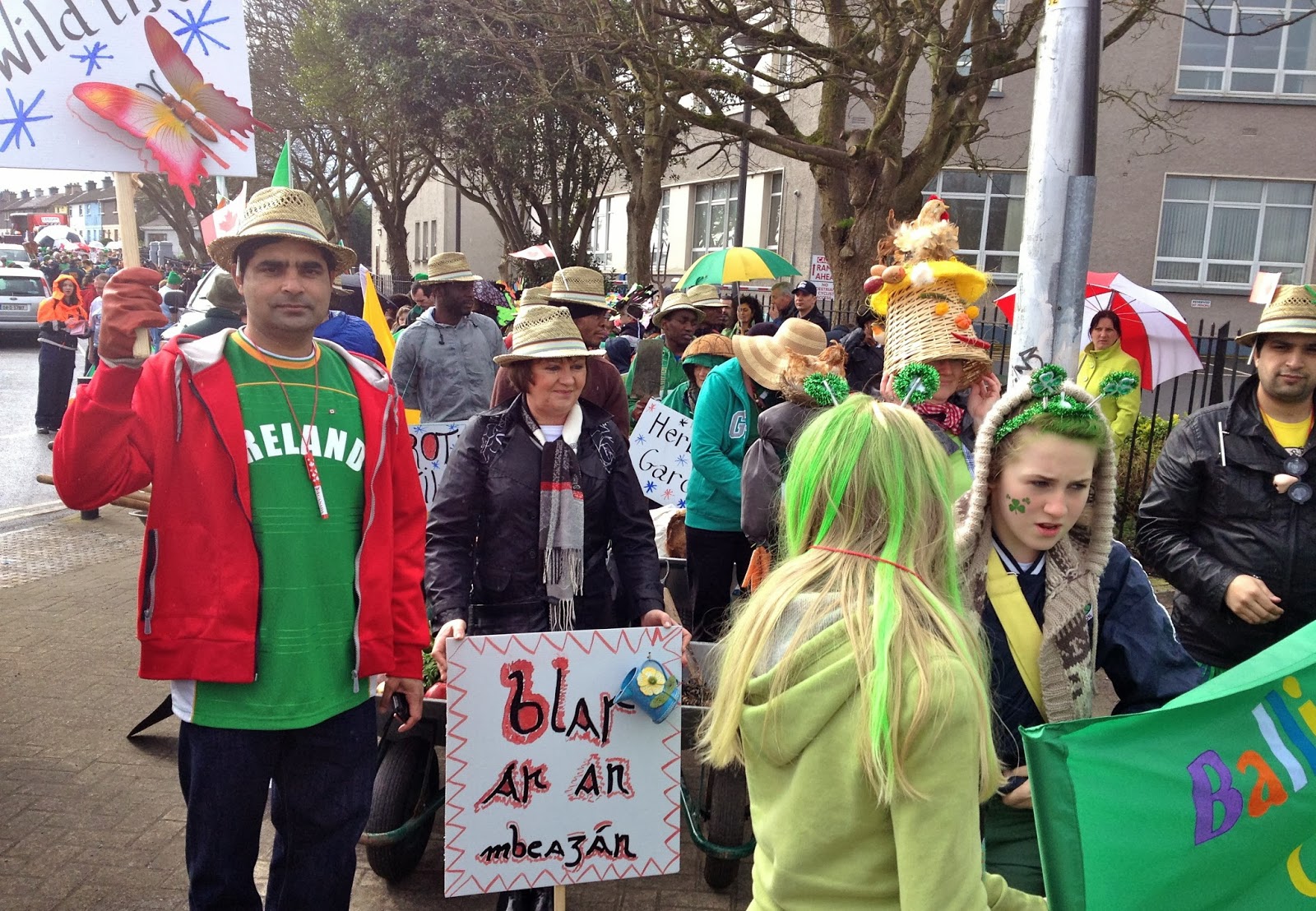 It is hoped that members of the new Eglinton Asylum Seekers Accommodation Community Garden will also join us. But we also need supporters of community organic gardening from all across Galway city and beyond to join us in the Parade in other to ensure that our presence is substantial in terms of quantity as well as quality! 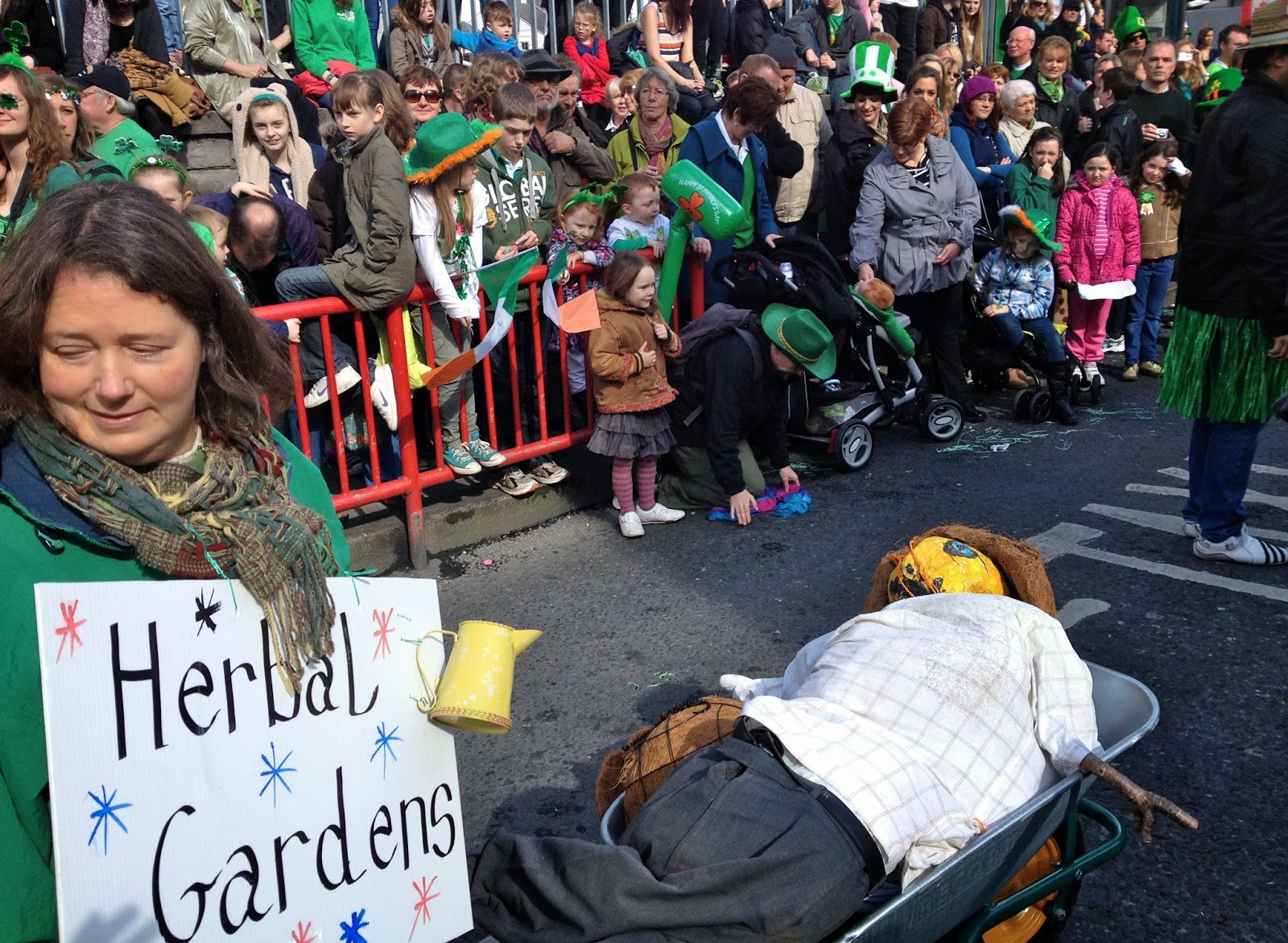 Hence everyone is invited to come along to a discussion session regarding organic gardeners’ involvement (banners, costumes, numbers of participants etc) in the Parade at 7pm next Tuesday March 11th in the Lus Leana Community House on the Headford Road.
Map link is:
https://www.google.ie/maps/place/Lus+Leana/@53.2911817,-9.037509,17z/data=!4m2!3m1!1s0x485b96beadb1e8d7:0x6ece2f0fac58f51

The following evening (Wed) we will undertake a workshop in the same venue using simple but effective artistic materials with art facilitator Maurico Figueroa.
To fit into the theme of this year’s parade, our artistic hats and costumes will also reflect appropriate elements of ‘Irish Myths and Irish Legends’ such Shamrocks, Wild Flowers & Native Trees & wild animals (birds, insects, foxes). 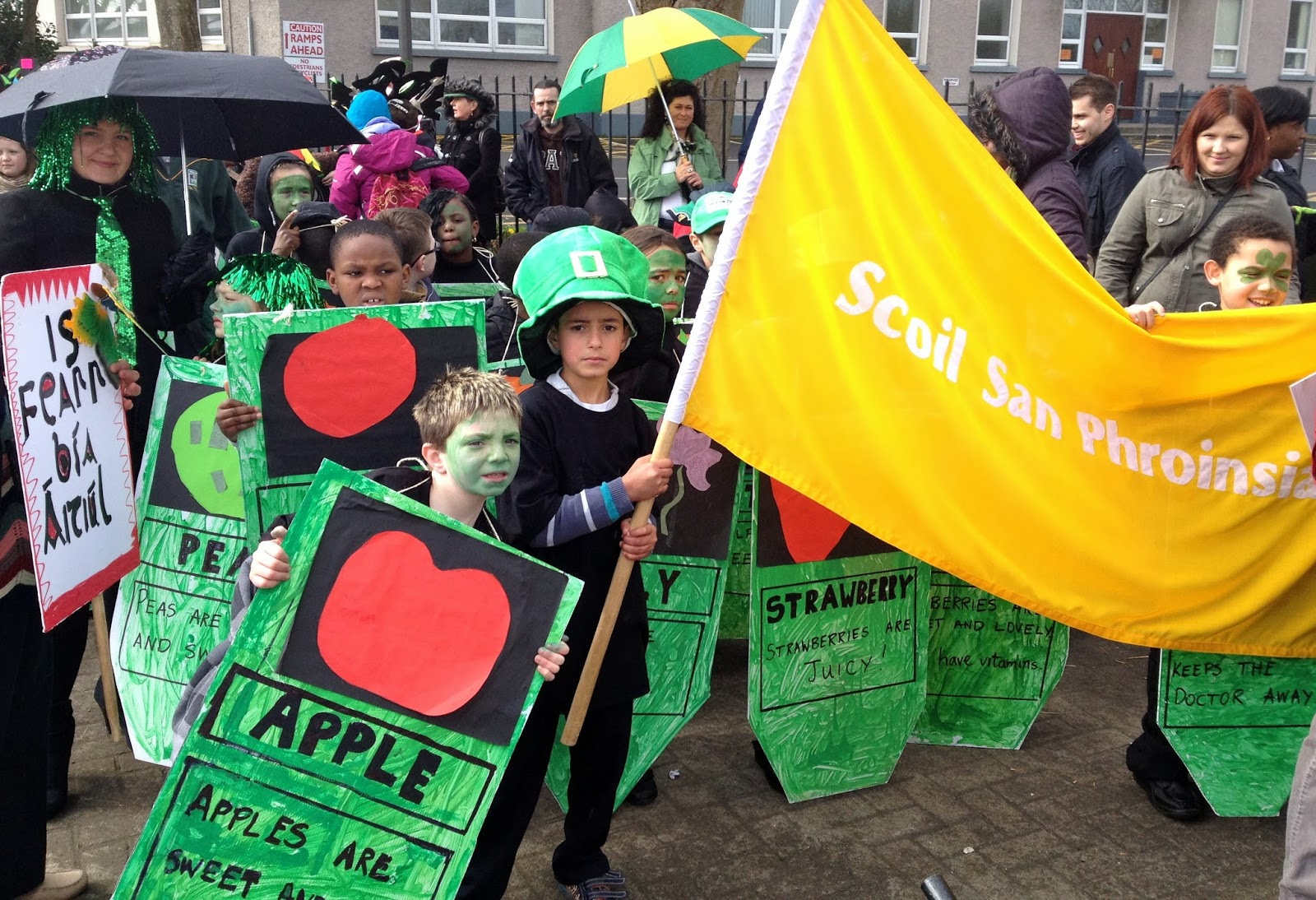