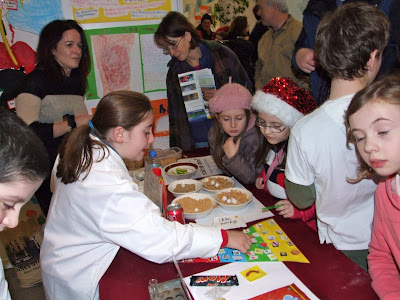 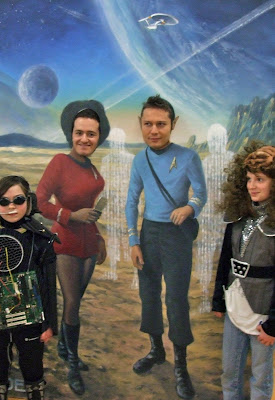 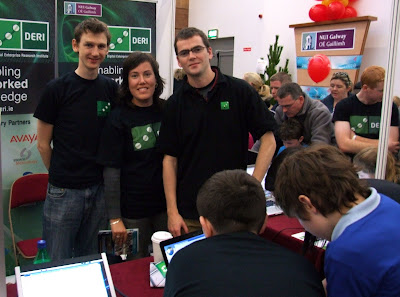 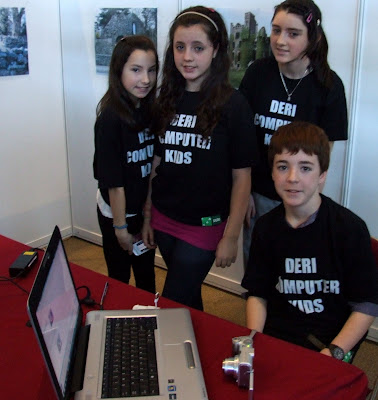 Pupils from Scoil Bhride Mionloch with their DERI supported 'Google Mapping' project
The two week long Galway Science & Technology Festival that ended on Sunday last was the most successful ever in its 13 year history, with a programme that endeavored to promote an awareness of science and technology amongst both young children and the school-going teenage population. 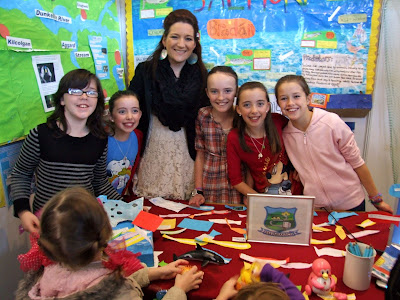 The brilliantly colourful 'Aquatic Science' exhibit from Scoil Bailemanach (Ballymana)
During the period of the Celtic Tiger and before, our youth were attracted in their droves to careers in the professions such as legal, construction and financial that were thought to be safe, lucrative, 9-5 and relatively stress free. The nation applauded and seemed to be entranced by the private jet-setting lives of property speculators, bankers and lawyers. We turned towards the easy money of building/land sales attempting as it seemed as if the whole island was being converted into one vast building site to the detriment of sustainable sectors such as product innovation, manufacturing, organic agriculture, tourism and natural energy sources.We imported cheap labour to do the menial jobs that we used to do ourselves.
Now that the boom is over and the country is economically on the rocks, we are slowly experiencing the harsh lessons of a 'reality check' and are painfully coming to undertstand that we must 'make things' again based on our own human and natural resources if we are to become a major player in the new unfolding Global Village. 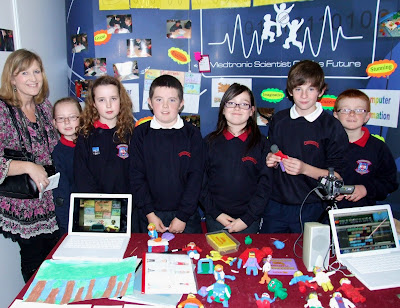 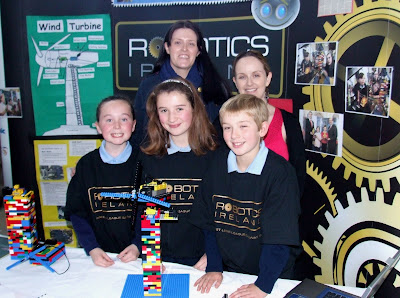 As well as introducing these pupils to adult science experts, providing them with valuable Role Models and mentors from amongst the third level student science community, the Festival also gave them a rare prestigious public platform to show off and demonstrate their own prowess in Chemistry, Physics, Biology, Engineering, Technologies & the Web. One that they took too with relish!

One of my tasks was to encourage and coordinate schools in taking stands at the exhibition. The response was terrific. Based on the exhibit space available, I secured 15 schools and had to turn many more away. 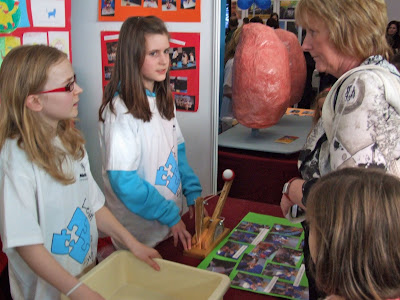 A lot of the credit most go to great efforts of so many individual teachers who time and time again go over and above the call of duty in their efforts to help their pupils. 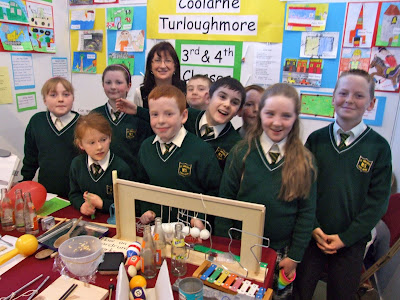 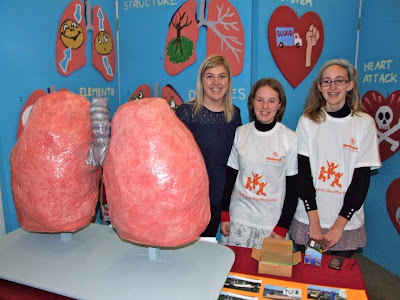 Highlights of the festival included a lecture by Craig Barrett, (former Intel chairman) on Education for Innovation where he told the audience that it was up to the Irish themselves to pull the country out of recession; visits to schools by an array of attractive interactive science shows (Cosmic Explorers, Armagh Planetarium, Mad Science, Big Bug Show, K’nex Roadshow, True Physics Rocket Workshops, Weather Show, Science Magic, Magic Mathworks, Galileo’s Greatest Mistake…), a national conference of applied mathematics in NUIG, guided tours of the university’s science labs/institutes and its 3 science museums (geology, zoology & computing), science talks (e.g. anatomy, energy) science workshops, quizzes, debates… 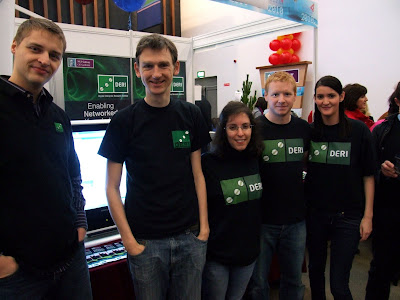 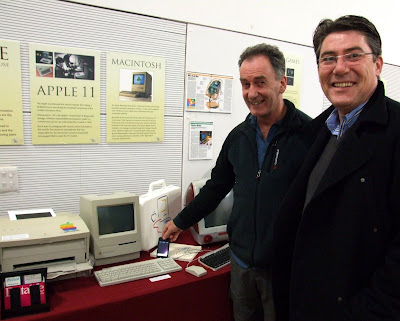 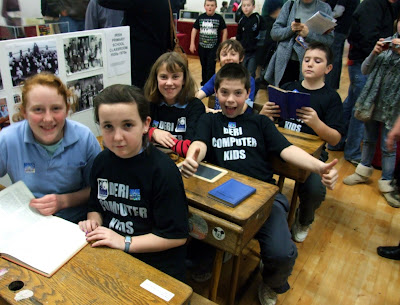 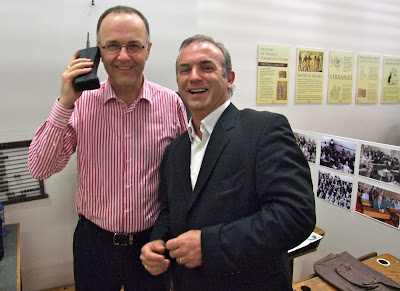 This was due to the wonderful involvement of young researchers from the Institute such as Laura, Pierre, Lukasz, Jacik, James, Geariod and of course experts such as Alan Fitzpatrick who volunteered their time and effort for the greater good. 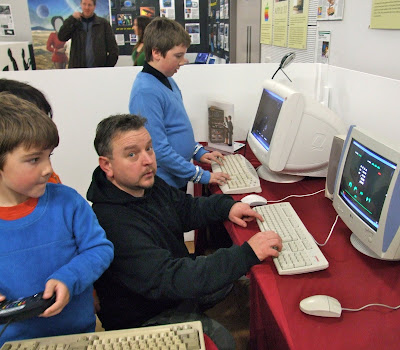 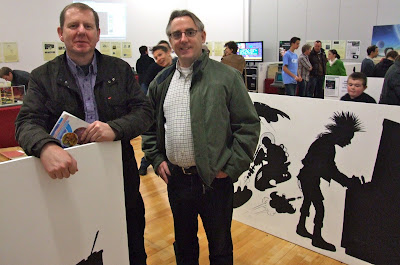 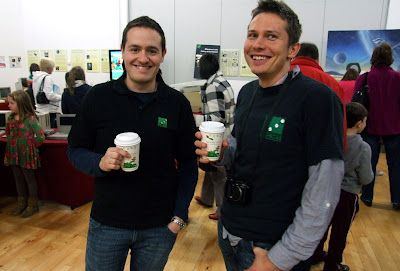 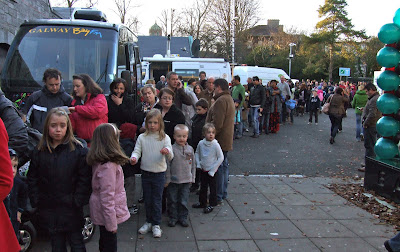 Long queues were a feature of Sunday's Science & Technology Exhibition

With a visionary unity of purpose that united businesses, third level colleges, schools, government agencies and the public, the number of visitors exceeded all our expectations. Average attendances in previous years was in 10,000-16,000 category. This year the media estimated that 50,000 turned up to NUIG for the event (though I believe it was closer to 30,000). The queues started at 12.00 and were still there at the closing time of 5.30pm!

Thank God for Children’s Power as the young ‘uns dragged their parents along!
It was the biggest gathering of people that ever appeared in our university. 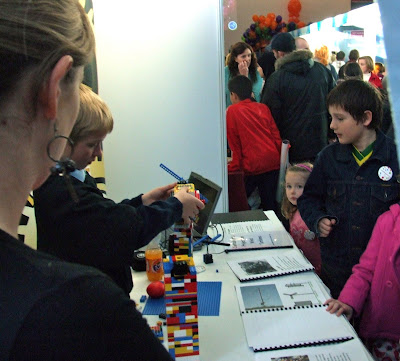 Demonstrating the Programming of Robotic Lego

Of course, it must be admitted that we the organisers must do better next year to handle such huge numbers and do our upmost to reduce the waiting time for entry to the exhibition centre. But we were caught unawares and will be better prepared next year by possibly securing a second large adjacent building on campus.

A fantastic achievement and a welcome sign that young Irish people have a serious and growing interest in experiencing the challenges of the sciences, the technologies and innovation. Long may it be nurtured. 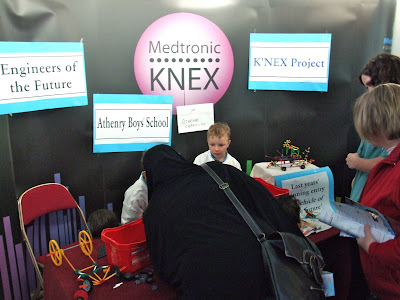 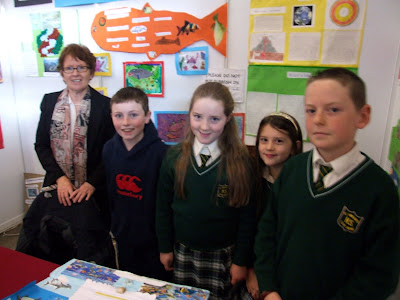 Something Fishy project at the St. Joseph's School Oranmore stand 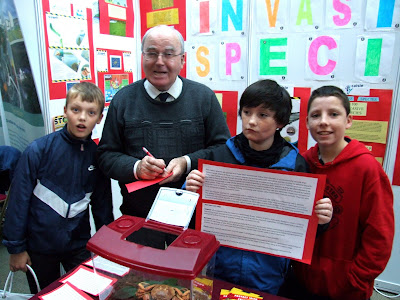 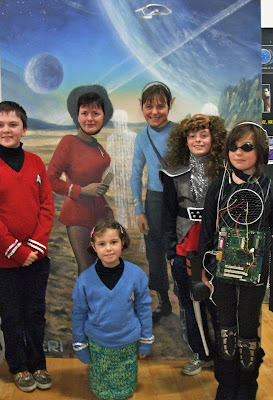 Star fleet officers, Borg & Klingons from Educate Together School Galway City with their excellent project on how the 1960s science fiction Star Trek television series inspired many of today's technologies such as the iPad and the mobile phone 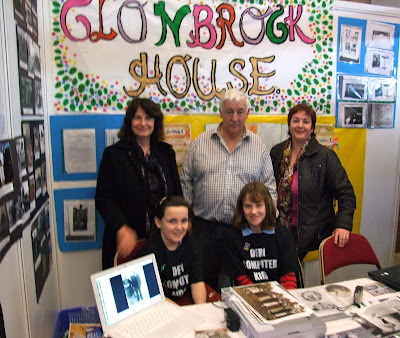