An Irish Celtic Exhibition in Galway by a Slovak! 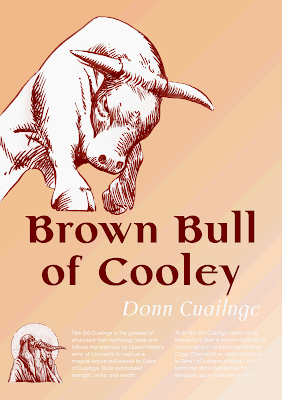 I am presently organising a Celtic-themed exhibition of the wood carvings of a Slovak friend of mine in the Galway City Museum. On Saturday November 1st, the Sacred Animals of Celtic Ireland by Radoslav Benka will be officially launched by another friend of mine, Michael D. Higgins TD-Ireland’s first Minister of Culture .
I have a strong affinity of Irish Celtic culture and have promoted it over many years both here and abroad in its many different guises- from music, drama, art, dance to story telling.

for its wooden churches and traditional crafts. His love of wildlife was inspired by the diverse fauna of the vast forests and rugged mountains that cover much of his homeland. One day while he was a young child playing in the woods, he came across the skull of a deer. Intrigued, he brought it home and carved its likeness into blocks of discarded wood.

Like many of his countrymen and women, Radoslav came to Ireland a few years back to earn more money and ended up working in the kitchen of the Eglinton Asylum Seekers Accommodation Centre in Galway. Whilst I was helping out there in establishing and teaching in inhouse Internet Cafe, I got into conversation with Rado.
He showed me some sculpting of animal figures that he had carved. So impressed was I by his works, I secured him some valuable commissions and convinced him to organise an exhibition based on the animals associated with the mythological tales of ancient Celtic Ireland.

Can you help me? I've been in touch with you before and wanted to ask a bit of a favour.

Over recent weeks, I have been working on an interactive history of Ireland in images - photographs of the same scenes in Ireland, taken then and now. Would you have a look at it for me and let me know what you think?

Ireland Then and Now: A History of Ireland in Images

I have been researching and building this page for several weeks now, so I am really keen to spread the word and let people know about it. Would you be willing to share it with your followers or perhaps mention it on your website?

Please let me know what you think - I’d be really pleased to hear back from you and have your input.

Many thanks - I really appreciate you taking the time to have look!