In many ways it is great to see a young(ish) feisty female running for one of the top jobs in the world, namely the office of the President of the United States of America.
And about time too!
For I recognise women as the great unsung heroes of human history. Whilst 'Man the Hunter' killed the occasional animal, it was his female companion that did the hard work of transforming the carcass into a range of clothes, medicines, shelter and food whilst continuing her daily routine of cleaning, nursing, child-minding, man-minding, fire-minding, food collection and preparation from dawn 'til dusk.
Yet it is only in the last fifty years that women have became leaders of society based on their own merits rather than due to their fact that they were husbands or daughters of powerful men.
So I would normally welcome a woman becoming a leader of political, business or community establishments.

But Sarah Palin is different.

Behind the facade of beauty and femininity, she is an extremely right wing gun-toting Christian fundamentalist conservative who has helped turn Alaska into a glorified oil company where dividends are paid to its small-time shareholders (citizens) as profits are made at the expense of the environment.

Alaska is one of the last great wildernesses left in the world. But man-made global warming is melting the ice at an alarming rate and rapidly destroying the habitats of some of the planet's most precious creatures. The solitary Polar Bear is one of the great symbol's of global environmentalists. As Governor of Alaska, Sarah Palin disagrees with the concept of human-influenced climate change and has led the opposition to the US Interior Department decision to declare polar bears threatened under the Endangered Species Act.
The same is true of the Beluga Whales of Alaska's Cook Inlet. Sarah did not want them 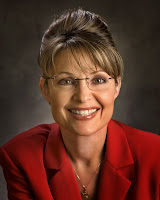 protected contradicting the scientific evidence that they are declining dramatically. In 1995, they were 653. in 2008, they are only 375 belugas left.

She is proud of portraying herself as gun-loving hunter, preferring to kill God's creatures rather than protect them.
As a Christian evangelical creationist, Sarah anyway gives little credence to Science or scientific evidence.
Thankfully, she has recently lost both battles against the US government in relation to the protection of polar bears and belugas habitats who can breath a sigh of relief tonight.

But let us not forget that Sarah's political drive is primarily fueled by the demands and greed of the oil companies who want to increase offshore oil drilling in the state's waters as well as in the protected Alaska National Park. "Drill Baby Drill!" has become the catchphrase of the crowds that attend her election rallies.

On an international front, her views are those of Bush- 'gung-ho' unilateralist, pro-Israeli and anti-environment.
Like the Islamist fundamentalists, the American Christian right and their Zionist allies believe that a vengeful God is on their side, that the 'ends justifies the means' as they use whatever force is necessary to defeat those whom they consider evil. Which is basically everyone that is not of them.