Why We Are Passionate About Saving the Whale 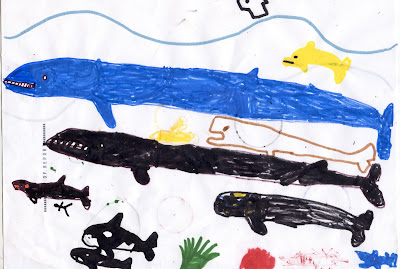 Over the last few weeks, a certain 'T. Leonard' has been writing to a local newspaper demanding that the Irish government follow the example of Iceland & Japan and turn the Irish fishing fleet over to whaling as a salvation to our economic woes. As far as he was concerned, the Save-the-Whale activists are nothing but a bunch of sentimental hippies out of touch with reality.
Not being a hippie, a sentimentalist or someone that lives in a fool's paradise, I decided to reply to him using arguments based on science and economics. Thankfully, today's Galway Advertiser published my letter which I include below with some of my youngest son's artwork of whales & dolphins. 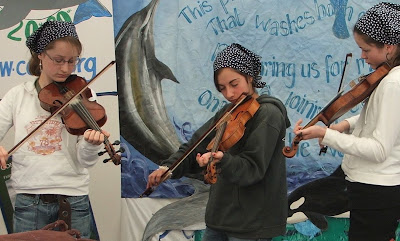 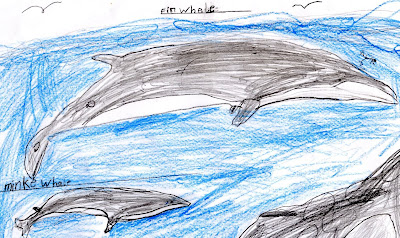 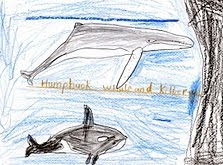 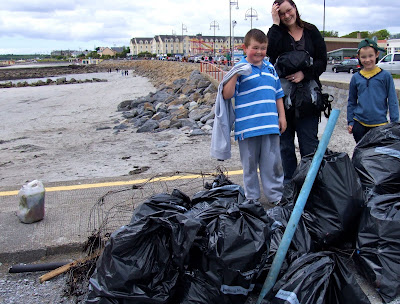