London's Olympics & Paralympics have changed People's Perceptions of a Nation & of Disability. 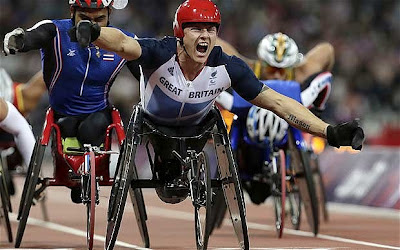 As with last month's Olympics, the Paralympics 2012 was an outstanding success. For me what stood out was the a) social historical themes of the opening and closing ceremonies with their colourful anarchic format and b) the high level of professionalism and friendliness shown by a huge army of volunteers. 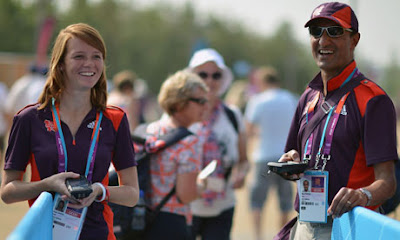 The British and particularly the English have regained a sense of national pride and value in the world. For a long time, the legacy of an arrogant superior English colonial mentality 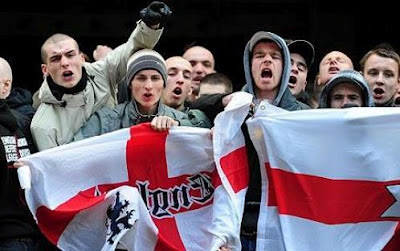 that is still promoted by a hard core of drunken, foul-mouth racist, beer-swelling tattooed wolf -pack hooligans on overseas holidays or at football matches
diminished the huge contributions that the country has given to world culture (e.g. in literature, drama, music, film, architecture, human rights, progressive politics, sport, science and technology).
Also notable was the fact that the London Paralympics has led to a seismic shift in the perceptions of the general public worldwide. 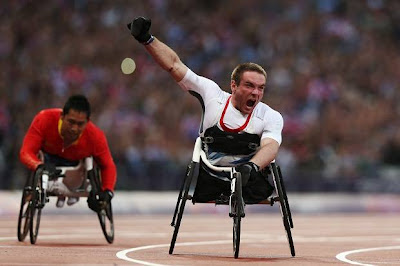 Overcoming extreme prejudice as well as physical and mental barriers, the participating athletes achieved greatness and in the process have become positive role models to us all. They are no longer judged on their disabilities but rather on their abilities. 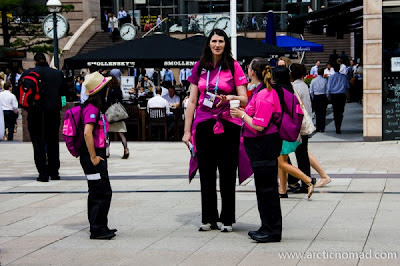 Thank you so much London!