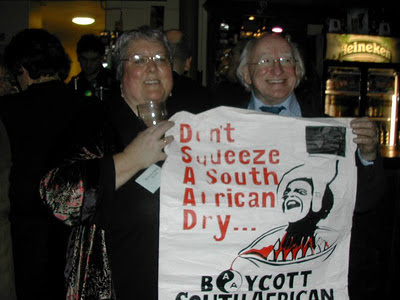 Throughout his tenure as Senator and TD, Michael D Higgins campaigned tirelessly at home and abroad against the oppression of peoples, in defense of human rights and in securing justice for all.
It is notable that whilst most Irish parliamentarians over many decades unashamedly kept their mouths shut on human rights abuses particularly perpetuated by western governments and their allies, Michael D had the courage of his convictions not to allow himself to be coerced into silence. He did not distinguish between torture and coercion committed by the USA, China, Soviet Union or any other regime. Whenever the opportunity arose to defend the downtrodden and stand up to the powerful, he did so.
In recognition of this consistent, effective and proud record, he became the first recipient of the Seán MacBride Peace Prize awarded by the International Peace Bureau in 1992.
His international causes included highlighting abuses in countries such as Chile, Iraq, Western Sahara, Turkey, East Timor and Somalia, some of which he visited and some of which he was expelled from.
During the 1970s and beyond, Michael D was a supporter of the Anti-Apartheid movement as it sought to end the racial oppression of blacks in Southern Africa and introduce democracy.
I was with him in 1981 when we and thousands of others protested outside Lansdowne Road against the decision of the IRFU to tour apartheid South Africa and ignore the call for an international boycott of the regime.
The photo shows Michael D. and my dearly departed good friend and former Students Union colleague Maria O’Malley at a UCG Reunion in 2010 holding a poster that I kept from the late 1970s promoting a boycott of South African produce such as fruits that were being openly sold by Dunnes Store and other Irish retailers.
On February 11th 1990, I along with dozens of other peace activists was lucky enough to be with him in a packed Atlanta Hotel on Dominick Street Galway city, as we watched the release of Nelson Mandela from prison unfold live on television. Michael D and many people in Galway and across Ireland were part of the international people power movement that succeeded in finally forcing Western governments to end their support of the racist South African government. 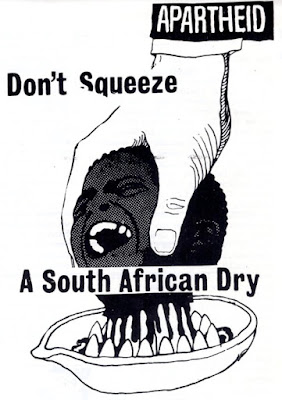 Michael D was a good friend of Kader Asmal,who was founder of the Irish Anti-Apartheid movement, lecturer in law at Trinity College for (1973-1990), and became Minister of Water Affairs and Forestry in South Africa in 1994 in the first post apartheid government.
Since May 2015, I have visited South Africa many times, most recently to Johannesburg this month, primarily in my capacity as a course content creator and master instructor for the wonderful Africa Code Week initiative that is bringing technology skills education and hope to a generation of young Africans across the continent. The leaders of this programme- Claire, Sunil, Julie and Bernard are visionary people that Nelson Mandela would be proud off.