Hidden Histories of Women in Technology'

My colleague Myriam Leggieri and myself created a few years ago an exhibition entitled the 'Hidden Histories of Women in Technology' which we used to provide inspirational Role Models for Irish post-primary female students.
Many of the women portrayed were pioneers in their scientific areas but sadly they were never until recently given the due recognition that they deserved and were in some cases airbrushed out of the history books. Thankfully their names and their stories are now been told and celebrated.
The article below was based on that exhibition.

Science and Technology, as with so much in societies past and present, was/is dominated by men who used educational, religious and cultural barriers to deny women equal access and respect.

In the 20th century, women were denied entry to many professions, were only granted academic degrees at Oxford and Cambridge in the 1920s and secured the right to vote in Switzerland as late as 1971. In Ireland, there were only 91 women at university in 1901, only 5% of married women had jobs outside the home in 1966; and only in 1973 was the ban on married women working in the Irish public service lifted.Even today in the Western world, there are low numbers of women involved in innovation, high level scientific research management, the corporate boardrooms and political governance.

Yet in the past some brave females still managed to overcome these obstacles to make significant contributions to advances in computing and communications technology.

Below are a few of this truly great people 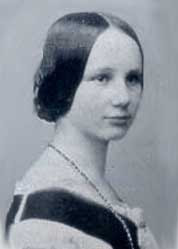 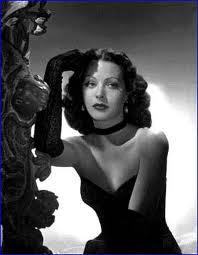 Austrian-born Hedy Lamarr, née Hedwig Eva Maria Kiesler, one of the legendary stars of Hollywood’s ‘Golden Age’, famed for her roles in such films as Algiers, Samson and Delilah and White Cargo, co-designed in 1941 a radio guided torpedo system based on ‘frequency hopping’ (changing) which became known as spectrum spread, a key element later used in the anti-jamming devices used by US military satellite communications systems and later still in digital mobile phone wireless technology. 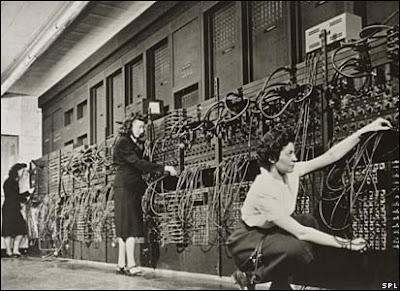 ENIAC (Electronic Numerical Integrator And Computer), launched in 1946, was probably the world’s first general-purpose electronic digital computer. Eniac’s key 6 member programming team were all women, including Kathleen (Kay) Rita McNulty who was born in the Donegal Gaeltacht Ireland in 1921. Her family later emigrated to the USA and she qualified with a Mathematics degree in 1942. In 1946 she married John Mauchly, the co-inventor of Eniac, and worked on the software design of his later computers including the BINIAC and UNIVAC. 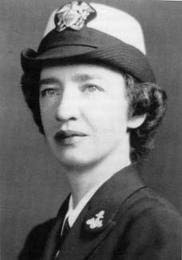 Rear Admiral Grace Murray Hopper (Mother of Cobol) is one of America’s most famous pioneers in computer science. In 1944, she was one of the first programmers of the Marvard Mark 1 electro-mechanical computer, and developed in 1952 the first compiler for a computer programmer language. She conceptualized the idea of machine-independent programming languages, which led to the development of COBOL, one of the first modern programming languages. She is also credited with popularizing the term “debugging" for fixing computer glitches (motivated by an actual moth removed from the computer).

Lady Operator - World’s First Mini-Computer Operating System
Mary Allen Wilkes was a key member of the MIT Lincoln Center in Massachusetts from 1958-1963 where she was the designer of an operating system for the LINC, the world’s first minicomputer. In 1965, she used a LINC computer in her private house, which could be considered the world’s first ‘home’ computer. 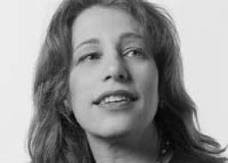 The Macintosh Girl - 'Iconic' Trendsetter
Susan Kare was a member of the team that designed the pioneering Macintosh computer in the early 1980s, creating many of its user interface icons (Paint Bucket, Happy Macintosh) and fonts (New York & Geneva). She later designed icons for Microsoft Windows 3.0. 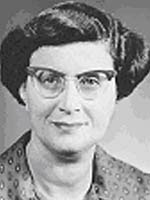 The Language Lady - First Popular Programming Language
Jean E. Sammet graduated with an MA in Mathematics in 1949. In 1961, she became manager of IBM’s Programming Center in Boston and oversaw the development of FORMAC (FORmula MAnipulation Compiler), the first widely used general language and the first to manipulate symbolic algebraic expressions. 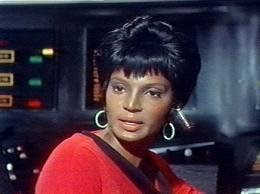 The  character, Lieutenant Nyoto Uhura who was Chief Communications Officer on the USS Enterprise in the science fiction series Star Trek  which first appeared on television in 1966. Though not a real character, nevertheless her appearance in this very popular  series during the 1960s broke important sexual and racial barriers, showing women of the future as proficient in engineering with positions of responsibility and command involving high technology. Uhura became an important role model for Black Afro-American women in particular.
For instance the well known American actress Whoopi Goldberg, who appeared in the later series Star Trek the Next Generation, stated that Uhura was a role model for her from the time she first saw her in Star Trek in the mid 1960s. She remembers as a young girl running into her mom, excitedly shouting out, "I just saw a black woman on television, and she ain't no maid!"
Nichelle Nichols, who played Uhura, was used by NASA in a campaign to encourage African Americans to join the service. Dr Mae Jemison. the first black American to fly aboard the Space Shuttle. said that Star Trek was a major influence in her decision to join NASA.
The name 'Uhura' comes from the Swahili word 'Uhuru' meaning 'Freedom'.