The Citizen Science pioneers of Galway to exhibit at Science Fair 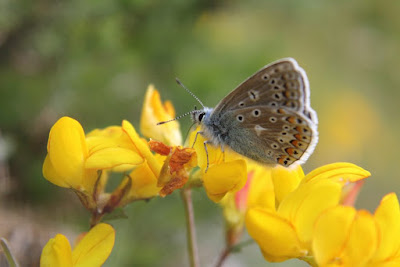 This year's Science Fair, that is the finale of the Galway Science & Technology Festival, is a game changer at so many different levels.
It will be the largest one day themed Climate Action event ever held in Ireland; will host on the same platform key guest speakers from the European Commission (Kathryn Tierney -Directorate-General Environment), an influential national environmentalist (Duncan Stewart) and an internationally renowned children's eco author (Andri Snær Magnason); will host the largest number of schools/youth groups ever to exhibit science projects in Galway; and will introduce the public to the country's first national sustainability course for Transition Year students.
But it will also be the first time that we will give due recognition to the great pioneering and ongoing Citizen Science work being undertaken by the community/environmental NGOs of Galway. Included amongst these groups is 'Friends of Merlin Woods' who will showcase their scientific/art (STEAM) projects done in collaboration over the years with schools and the general public including wildlife photography, biodiversity surveys and protecting/developing natural habitats