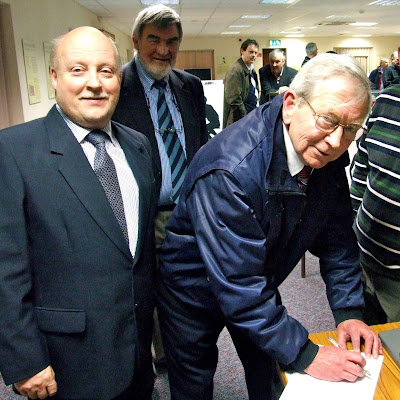 "Those who worked in the computer industry in Ireland in the 1970s and 1980s were greatly saddened by the recent death of Mike Mulqueen, the first Irish employee of Digital Equipment Corporation (DEC). Mike wasn’t a tech guru but nevertheless his contribution to the growth of the Hi-Tech sector in Ireland was immense.
Mike, a native of Co. Limerick, came to Galway in 1971 as Personnel Manager for DEC which had just announced that it was establishing its European Manufacturing base in Galway. He was joined by a start-up team from the US and within three months he had recruited the first production workers. By Christmas staff numbers had grown to 140. More importantly Mike, as Personnel Manager, had started to establish the values and ethics of company president Ken Olsen, which had already permeated the young Digital in the US. He did that superbly well and helped create the work environment which so many of those who worked for the company in Ireland look back on with great pride and great fondness.
Digital was a fairly small player in the computer sector in 1971 but it went to become number 2 to IBM on a global basis. At the same time, with Mike still in charge of HR, the Galway plant had advanced from being a low-tech core memory manufacturer to a state of art hi-tech operation producing complex hardware and software for the EMEA region. It had become a centre for R&D.
The success of the Galway plant was used by IDA Ireland to demonstrate to the Apples, Intels and Microsofts of this world that Ireland should be their location of choice when opening up in Europe. They duly arrived and have gone on to prosper. Their presence in Ireland later attracted companies such as Google, Facebook, Twitter, Paypal, LinkedIn and many others.
Mike treasured the many friends he made in Digital and travelled from his home in Limerick on a number of occasions to be with former colleagues, at the First Thursday coffee mornings in the Huntsman.
Members of the board of the Computer and Communications Museum of Ireland would like to offer their sympathy to Mike’s sons, Billy and Michael, his grandchildren and the extended Mulqueen family."
-Liam Ferrie

Photograph shows Mike (right) signing into the Computer and Communications Museum of Ireland for the DEC night in 2011 accompanied by the late Des McKane (centre) and the late Chris Coughlan (left) who was then Chairperson of the museum. All three gentlemen were employees of Digital Galway.