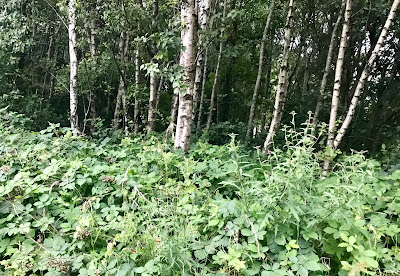 Last Monday was a good day for local democracy.
All councillors supported a motion from Councillor Imelda Byrne to establish a parks warden unit for Galway City's three main public parks (Barna, Merlin & Terryland Forest) and playgrounds.
I would like to give a big vote of thanks and a 'Bualadh Bos' to Imelda and all councillors for their action today, which will greatly benefit the quality of life of the people of the city and of its biodiversity.
It has been a long battle getting to this point but well worth it!
4 to 5 new posts will be set up costing approximately €250,000 per annum with a start date probably not until the next budget year (2022). But that is fine- we always realised that funding would have to be allocated in the annual budget that will be first discussed in July and signed off in November.
However today's vote was a milestone in the history of modern Galway. City Hall has accepted the principle that park wardens are part of the public services that have to be provided; it will bring us into line with Dublin and other cities across Europe. The upkeep and safety of our parks are now to be recognised as priorities in the running and operations of Galway.
Of course we have to ensure that 'Peter is not robbed to pay Paul'. The budget for Parks has to be increased to cater for the extra demands not required.
But that is a battle for another day. Let us today savour in this victory before moving on to tomorrow to the next stage of campaigning.
A Good Day for the council, for campaigners, for wildlife and for the people of the city!