After the Storm comes the Tree Planting! 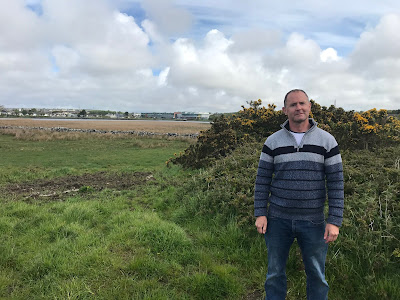 Help Us ‘Rewild’ Galway on Saturday next with native tree and bulb planting at Lough Atalia.

The frequency and severity of storms is becoming more characteristic of Ireland as a result of unstable destructive global warm weather caused by the burning of fossil fuels and the destruction of Nature’s ‘carbon sinks’ such as forests and bogs. ‘Barra’ is the latest in a long list of storms to hit our shores over the last decade.

But one key way to tackle Climate Change is to plant trees and lots of them. The Irish government wants to have 22 million trees planted annually.

This planting also happens to tackle the other great global crisis of our modern era, namely Biodiversity Loss. One million out of five million known species on the planet are threatened with extinction. Global populations of fauna have declined by nearly 70% since 1970. A forest is probably Earth’s most diverse biodiversity rich mix of ecosystems with an oak tree being able to be home to over 400 species of flora, funga and fauna. So planting trees is a necessary action in helping to save the planet from humanity’s errors.

Galway city has a proud history in rewilding going back to the origins of Terryland Forest Park as a community campaign in the mid 1990s and with the first trees been planted on March 12th 2000 by c3000 volunteers.

At 10am next Saturday (December 11), we are asking people to help in the rewilding of Lough Atalia by planting 400 trees and thousands of bulbs on lands owned by the Galway Community College. The necessary permission has been granted by the National Parks and Wildlife Service on lands that lie within a Special Area of Conservation, the trees have been funded by Aerogen.

Please note that as area is part of a Special Area of Conservation, permission had to be granted by the National Parks Wildlife Service for the planting to take place. A big thank you/Bualadh Bos to all that that have made this happen, namely to Galway Community College, Conservation Volunteers Galway, Terryland Forest Park Alliance, Self Help Africa, Lets Get Galway Growing, Scoil Chaitríona Senior, the Galway Science and Technology Festival and Aerogen- all champions of the Galway National Park City initiative.