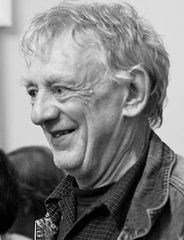 member of Druid Theatre which has done so much to transform Galway into a major cultural centre.
He was too a great supporter of the Irish language and left-wing causes.
But my abiding memory of Mick will be his voice, so distinct, so earthy, so colloquial, so West of Ireland.
Of course for most Irish people, it will be his role as the likable farmer Miley Byrne in the television soap opera Glenroe that will stand out.
Hence the comment today by one contributor to a radio show who said that when Mick reaches the pearly gates of heaven, he will look up at the impressive celestial structure in front of him and loudly proclaim those immortal words of Miley, Well, Holy God!
On Saturday, I will be attending Druid's version of Sean O'Casey's play, The Silver Tassie. His spirit I am sure will be present.
On Friday, our family will be watching the Secret of Kells, the highly acclaimed and Oscar nominated animated film of the Christian monks of Kells during the period of the Viking raids, with Mick providing the voice of Brother Aidan, the illuminator of the Book of Kells, one of Ireland's greatest treasures. It was to be one of his last works.
Ar Dheis Dé go raibh a anam uasal