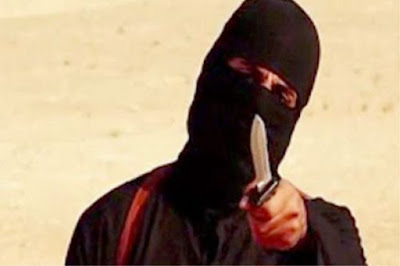 ISIS is funded and spiritually inspired by a misogynist religious fundamentalist elite in the Arabian peninsula whose wealth is based on oil. From the time of the Soviet invasion of Afghanistan, governments in USA, Britain, France, Israel, Pakistan and Turkey have armed jihadis to overthrow secular or secular tolerant regimes in Libya, Syria, Afghanistan and Iraq. Colonial Israel and Wahhabi Saudi Arabia were supported no matter what their crimes. The illegal Iraq war led by Bush and Blair triggered the rise of jihadism in the Levant and Iraq.
If the people of the Middle East of all faiths and no faiths are to live in peace and with justice, the duplicity towards ISIS and other jihadis as well as the Israeli occupation/colonisation of the West Bank has to end.
But what must not happen is a loss of civil liberties in Europe nor an intolerance towards others. ISIS and other jihadis are trying to fan the flames of a religious war and are using terms such as crusades and infidels as part of this campaign of hate. We must not fall into this trap. Tolerance and respect must be the key words and deeds.