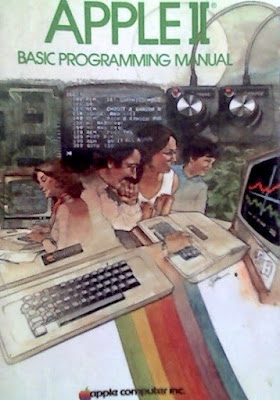 As part of this year’s Galway Science and Technology Festival, the computer and communications museum, in conjunction with the Data Science Institute, will host a series of coding workshops using the original programming language on the very computers by some of the same mentors that provided such teaching in schools, colleges and computer clubs in the city during the early 1980s!

The workshops will take place at the Data Science Institute subject to COVID-19 restrictions then current. If this cannot happen, we will host online workshops using virtual console simulators and reschedule the ones using the vintage computers to a suitable time in 2021.

Back to the Future - the 1980s revisited
Today so many good-minded tech savvy educators are working really hard to promote computer coding amongst our young people through coding clubs such as Coderdojo and by campaigning to have it accepted as a curriculum subject in schools. We see it as our mission to transform our kids from being passive Computer Users to active Computer Creators. Coding is a skill set that is increasingly beneficial in so many professions and will be even more so as the century rolls by.
But in some ways it can be seen as a ‘Back to the Future’ saga. For during the 1970s up until the mid 1980s,  using a computer was synonymous with knowing how to code one. It was a programming language called BASIC that introduced personal computing. In a time when few people ever saw a computer let alone use one, John Kemeny and Thomas Kurtz of Dartmouth College USA designed a language in 1964 that allowed everyday people to have computers carry out many different tasks from writing letters, undertaking research, solving problems and playing games. The language was known as BASIC (Beginner’s All-Purpose Symbolic Instruction Code) and had commands with easy-to-relate to English words that related to their functionality (Print, Goto, If___Then, and later Input). Programming had lost its elitism (for mathematicians only) and could be understood and programmed by ordinary people. But what truly made it accessible to all was the invention of the microprocessor, which formed the basis of the first fully-assembled personal (table top) computers that started to appeared from 1977.  The Commodore Pet, RadioShack Tandy TRS-80 and the Apple 11 that were launched that year were off-the-shelf low cost computers aimed at the ordinary consumer and schools. All three came bundled with BASIC. Within a few years the standard version of the language on most computers was Microsoft Basic invented by Bill Allen and Bill Gates.
Schools all over the world started to teach programming. By 1983, most secondary schools in Galway had computer labs populated with computer equipment donated by Ballybrit-based Digital Equipment Corporation(DEC) where students learnt to code. The demise of BASIC and indeed programming in general across educational establishments happened with the rise of application software or what we know call apps from the late 1980s.