The Disappearing Walls & Hedgerows of Galway 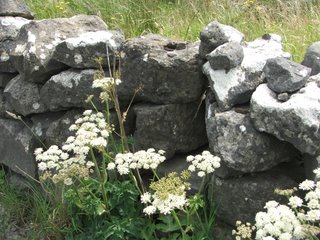 …and the walls came a tumbling down…
Drystone walls and hedgerows, once the great characteristic features of the Galway countryside, are now being destroyed by the Irish state at such an alarming rate that only isolated rumps will remain within a few years unless decisive action is taken soon.
A combination of ever-increasing roadside housing development, county council road widening and National Road Authority’s (NRA) projects is annually wiping out hundreds of miles of beautiful traditional field boundaries whose origins stretch back millennia. 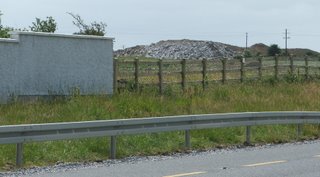 The blinkered vision of the NRA towards the rich cultural landscape that was Tara is sadly being surpassed by their recent destructive activities in county Galway.
In the construction of the Loughrea By-Pass, the NRA ripped out miles of hedgerows and traditional stonewalls leaving in their place a horrible mis-mash of fences, metal barriers and concrete walls. This will inevitability led to a cancerous continuation of installing these anti-natural heritage intrusions into the surrounding landscape. For these native field boundaries played a critical role in acting as a receptacle for much of our flora and fauna after the uprooting of our native forests by the British military and landed gentry over the centuries. They acted as vital ‘green highways’ for the movement of wildlife across the island. 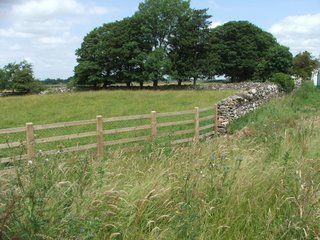 Sadly the national road agency is being aided and abetted by Galway County Council. It is true that planning stipulations oftentimes require stonewall perimeters for new roadside housing development; but these are of a modern design that bear no resemblance to the older eco-types.
Recently my family had a combined hedgerow and drystone wall bulldozed by the council in a road widening scheme and were told that, for reasons of safety & NRA guidelines, the authority now only install wooden fences or concrete posts/wire perimeters as replacements. 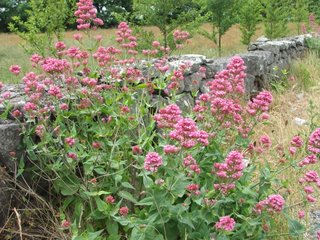 Amazingly the local authority’s Heritage section is undertaking absolute trojan work trying to promote and preserve field boundaries through innovative community-based projects such as the ‘Golden Mile’ competition and the council’s own Heritage Plan 2004-2008. But it looks like a losing battle for the Council’s stronger right hand seems to care little for what the weaker left hand is doing. As a member of the Galway Heritage Forum, it pains me to say so. I hope though I am proved wrong & I have started a campaign to stop this destruction of an important countryside heritage. For Galway with its field walls and hedgerows is like China with its Great Wall, Australia without its Great Barrier Reef or Venice without its canals