Sight and Sound of US Warplanes Reawakens Fear in Galway 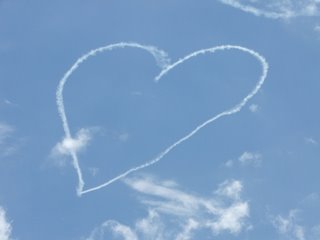 While Salthill Air Show organisers waxed lyrically about the tourism monies made and how it was a wonderful joyous occasion for parents and children, the sight and sound of US and UK military aircraft over Galway brought fear and anxiety to at least one family living in Salthill.
“It was frightening to see and to hear the same warplanes that are bringing so much death and destruction in my country re-appear once again over the skies of our new home” said an Iraqi medical friend of mine. His ordinary peace-loving mixed Sunni-Shia family from Baghdad fled their once quiet neighbourhood due to the madness and anarchy unleashed by the American invasion forces. 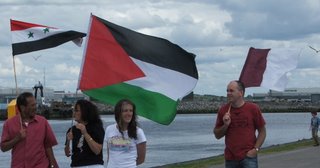 Innocent civilian relatives, friends and working colleagues of this family died at the hands of trigger-happy gung-ho Americans troops, Western private security mercenaries or local sectarian and criminal elements who now control the daily life of a country that has been reduced to a post-apocalyptic ‘Mad Max’ world. Daily pogroms, massacres, kidnappings and bloodlust have now devastated the lives of everyday Iraqi people while their occupiers live, eat and sleep in their surreal zones of comfort with such euphemistic names as the “Green Zone”.

So what further family-orientated festivals celebrating modern engineering has Mr. McGrath planned for us next? Maybe a festival dedicated to the power of the motorised vehicle complete with a few Black ‘n’ Tan Crossley tenders, SS armoured half-tracks or US Humvees re-enacting their famous drives through civilian areas?
It is a sad day for Irish tourism that we have to glorify the killing machines of brutal occupation armies that are bringing so much sorrow to so many ordinary families.
It is a disgrace too that a Galway business organisation publicly condemns those of us who didn’t attend the airshow as doing a great disservice to the city. Actually, it is the Mayor, local politicians, the GAAW and the rest of us who protested peacefully against weapons of mass destruction who are following the principles of the founders of our state. While it is those that lambast us who are continuing the tradition of what WB Yeat’s called "fumbling in the Greasy Till" at the expense of moral values. It is time to cease funding this annual ghoulish celebration of death’s scythe that dresses itself up as a family event. Or maybe the organisers could do the sensible thing and ban warplanes so that we can all attend? If not, why not?

20 police turned up at the anti-Airshow protest that gathered at the Claddagh Hall in order to confiscate and burst 99 Red Balloons! Not since the dark days of the 1980s has Gaway experienced such blatent political actions by the country's police against anti-establishment and human rights campaigners. This agressive action took place even when the family-dominated demonstration included the Mayor, city councillors and a member of Dail Eireann. 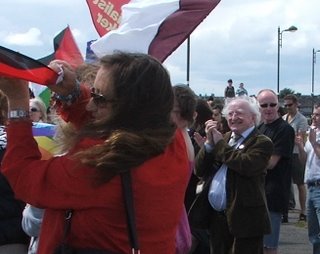 We were told that these 30 cent balloons would interfere with the workings of sophisticated multi-million dollar warplanes! Who are they fooling? 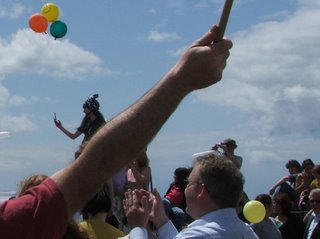 There should be an investigation into who was ultimately responsibile for giving these ridiculous orders to police that turned them into the laughing stock of the whole country.
On a separate note, the presence of so many police at such a peaceful event questions the priorities of the present Minister of Justice while law-abiding residents across the country are screaming unsuccessfully for more community policing in order to tackle rampant crime, drug wars, and street violence in their neighbourhoods.

Hi everybody
I left my country Iraq and came to Ireland looking for a peaceful life.
But can you imagine that the same tools and weapons you are running away from it follows you here, I felt sorry and my family & I remmembered all these mad days that we wanted to forget.
Let the peace upon the whole world please.