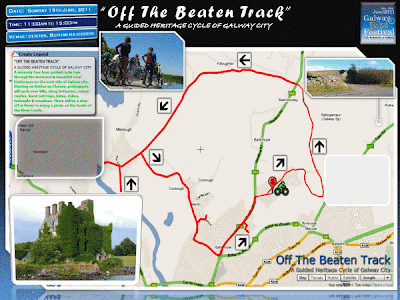 A public meeting organised by the community environmental group ‘Galway Friends of the Forest’ will take place at 7.30pm on Tuesday May 10th in the Menlo Park Hotel to look at ways to develop Galway as Ireland’s first eco-city, a move that organisers say could significantly impact on tourism.

Galway city is unique within Ireland in still possessing a fascinating kaleidoscope of rural and natural landscapes that somehow survived the urban sprawl developments of recent times. 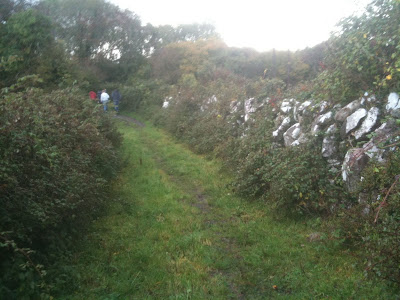 Within the city’s boundaries there is a wonderful network of boreens, woodlands, seashores, lakes, rivers, castles, wetlands, karst limestone hills, seashores and a patchwork of drystone-wall lined fields. Yet most of the city’s inhabitants are not aware of these ‘green jewels’ and heritage treasures that lie in their midst. 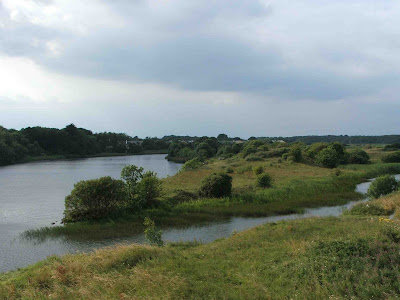 Combined with recent progressive neighbourhood developments such as community gardens, forest parks, and playgrounds in places such as Ballybane, Ballinfoile and Doughiskea, Galway city council-coordinated eco-awareness programems such as An Taisce's schools Green Flag and Glan Suas Gaillimh (clean up Galway), there are now wonderful opportunities for local communities to collectively create an exciting new web-based heritage and eco map for Galway that could be downloaded and used by schools and foreign tourists interested in enjoying an alternative pedestrian, cycling and family friendly city. Furthermore, our natural landscapes have the potential to be further exploited in a sustainable way as major outdoor scientific laboratories for our third-level colleges, outdoor classrooms for local schools and ‘zones of tranquillity’ for city-dwellers.

We should now coordinate, develop and publicise all the different environmental and heritage initiatives that are taking place across the city.

Such a course of action could lead to the establishment of an annual ‘Green Calendar’ of events that could benefit Galwegians of all ages as well as bring a whole new dimension and much-needed sustainable boost to our tourism sector. 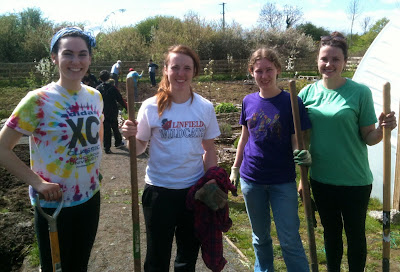 There is so much happening in this sector thanks to the work being done by educational and local groups. For instance Galway Civic Trust has produced a comprehensive walking tour guide of Galway’s waterways; the people of Castlegar organise annual ‘boreen’ festivals; Atlantaquaria in Salthill regularly hold seashore safaris; Ballinfoile and Ballybane residents host Harvest Festivals in their community gardens; Galway City Partnership and the VEC fund workshops that are re-invigorating old traditional skills such as blacksmithing, willow sculpting and wood-turning; City Council support neighbourhood clean-up drives in public parks and provide a network of children playgrounds; the Community Forum is working with Galway Transport Unit to provide ‘Off the Beaten Track’ guided cycle heritage tours that encompass Ballindooley, Menlo and Ballygarraun some of which are now available as online map resources and which could become a template for the mapping of further pedestrian/cycling local scenic routes within the urban boundaries. Many other groups such as Galway Bat Group, An Taisce, Inland Fisheries Ireland, Birdwatch and Galway Education Centre are also involved also in ‘green’ initiatives. 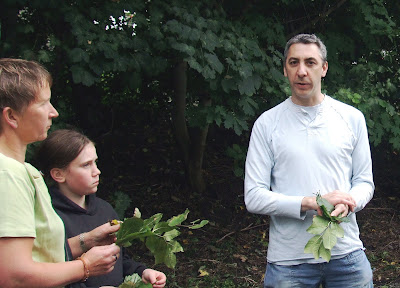 A few months ago, the Friends of Galway Forests hosted a packed meeting where it was agreed to map out many of the natural networks that exist across this city as part of a Green Calendar and mapping exercise.

The event on May 10th will be a follow up to this last meeting. 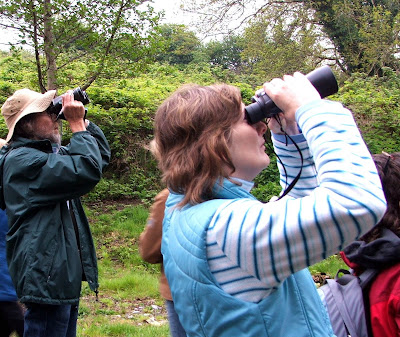 However there are major challenges to be overcome if eco-local heritage tourism is to become a reality. None more so than the high level of refuse that exists in our green zones.

But for this potential to be exploited fully there is a need for City officials to implement their own environmental polices such as the 2006 ‘Habitats Inventory’ management directive, the 2002 Strategy for the establishment of ‘ecological corridors’ as well as to re-engage with residents and other stakeholders by re-activating previously successful multi-sectoral groups such as the Terryland Forest Park steering committee which has been left in abeyance since 2005 even though its ambitious programme of Sunday ‘Picnics in the Park’, outdoor cultural festivals, community tree plantings and children’s blub planting days were successful. In a time of job embargoes and budgetary restrictions, local government must not ignore the hand of neighbourhood volunteerism or the specialised scientific expertise that exists within NUI Galway and GMIT. 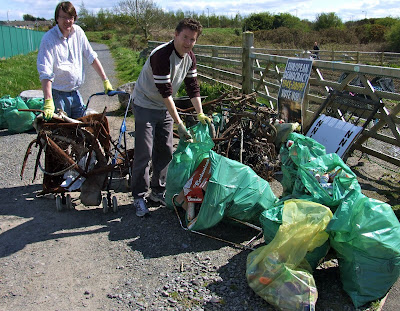 Government too must do its bit by following the example of other European countries in introducing a refundable charge on all beverage cans in order to eliminate litter from our parks and seashores.