Steve Job: The Man that Brought Technology to the Masses and Defined a Generation 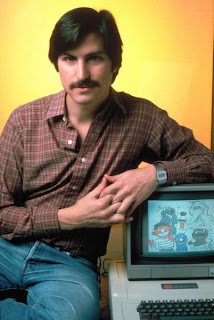 Steve Jobs. who died last week at the young age of 56, was one of the most inspirational, innovative and entrepreneurial geniuses of the last century, who popularised and revolutionised communications technology in a way that so few others have dared to do.

A child of the counterculture of 1960s California, he was never ever afraid to take on the status quo, to pull down walls of conservative scientific thought and throughout his life he challenged convention time and time again. His lifework was about combining art and creativity with science and engineering.
His products emancipated technology placing powerful computing technologies onto the people's kitchen/office table during the late 1970s with the launch of the desktop Apple 11 and into people's hands with iTunes and iPods from the early 2000s onwards.
The master of gadgets, his products were powerful, aesthetic, radical and colourful, that captured the public imagination on so many occasions. 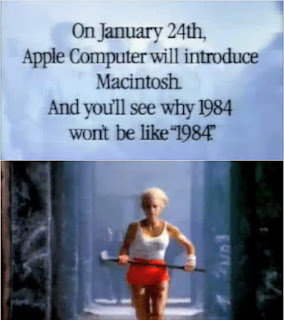 For me, his philosophy is best exemplified in Apple's American television commercial (directed by Ripley Scott) entitled 1984 that launched the Apple Macintosh personal computer onto an unsuspecting world as a commercial broadcast during a break in American's football Super Bowl final. Based on George Orwell's novel, the theme was about individual expression overcoming the power of authoritarianism.   Click on image above for a view of this fantastic video.

Into the Future
With every new product released by Apple, from the Apple 11 to the iPad, he pushed the boundaries of change forward. It was, as one commentator said on the day of Steve's death,  as if he disappeared into a Time Machine to journey into the future, and always came back with something new and exciting for all of us to enjoy. 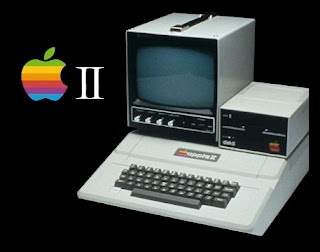 Steve Jobs along with his colleague Steve Wozniak and Bill Gates of Microsoft were part of small group of young innovators who were instrumental in creating the Age of the Microcomputer in 1977, the first two with a computer known as Apple 11 and the latter with the inclusion of MBasic on the Commodore Pet. They did so much to take the computer out of the laboratory and corporation headquarters and into the home and small office. 1977 was the same year that the owner of the world’s largest minicomputer company stated that he saw no reason why anyone would want a computer in their home! 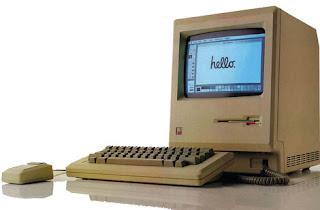 So many products from Apple defined a generation – Apple 11 (Visicalc – world’s first electronic spreadsheet); the Lisa/Macintosh (world’s first  popular computer to use the graphic icon, windows and mouse interface), the iMac (world’s first computer to be marketed as a window into the Internet rather than a stand-alone isolated desktop), MacPublisher (world's first desktop publishing system) (the iPod/iTunes (personal downloadable portable music), iPhone, iPad…… 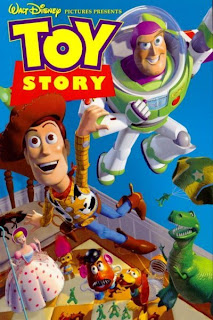 His time with Pixar represented a milestone in  cinematic industry with the launch of Toy Story the first ever feature film to be made entirely with CGI (Computer Generated Imagery). 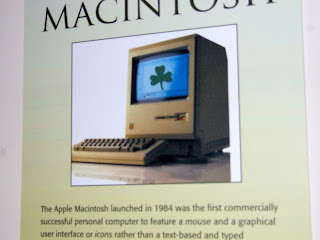 I have a personal affinity with Apple.
The company established their first overseas manufacturing facility in Ireland in 1981. From this plant in Cork, they exported computers across Europe, North Africa and the Middle East. 30 years on, Apple is still there.
My first permanent job after leaving university was to set up and manage a computer store. I was quite successful and by selling so many Apple 11s became  Apple’s first ever Salesman of the Year for Ireland (the award was an all expenses trip for two to Morocco!).  I installed the Apple 11 into circa 500 schools across the West of Ireland, which represented the first introduction for teachers and students to this new technology that was about to change the world forever.
A few years later I helped in the introduction of the Lisa and Macintosh into Ireland. 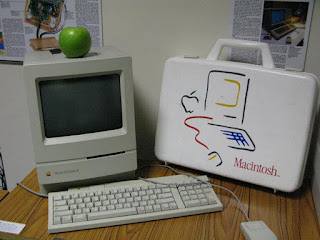 Part of the Apple exhibit at the National Computer and Communications Musuem in DERI, NUI Galway

Steve has been a hero and inspiration to me and millions of others for decades.  His legacy is powerful and beneficial.