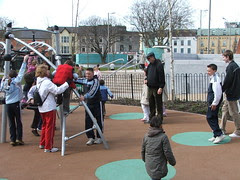 The New Eyre Square- Sterile & Ugly!
Originally uploaded by Speedie1.
After all the controversy and after going way over budget with a final cost of over €9million, Eyre Square finally re-opened to the public.
The term 'Eyre Square' has became synonymous in Ireland with 'a major construction or planning cock-up'.
I was one of the many hundreds of Galwegians that campaigned against the City Council 'concertising' Eyre Square, the heart of the city centre.
There is no denying that the old square needed major surgery. But I wanted another St Stephen's Green-style park in what is after all the very heart of the city. I envisaged a 'Green Oasis' endowed with ponds, seated areas surrounded by low-lying hedges, fountains, an Edwardian central bandstand....So it may not surprise you that I am not impressed with the final result.
However I was prepared to give credit where credit is due, compliment City Hall if it turned out fine and admit that maybe a 'plaza' and a 'green park' could be successfully combined.
Alas, the final result is boring, bland, sterile and a huge anti-climax. I can't work out where the money was actually spent!
The nice addition of a children's playground is undermined by its small size; the shiny grey stone extensively used throughout the development is out of character with the old uneven limestone of many of the neighbouring old buildings; the seated areas are too exposed, there are no sculptures or a central raised concert area; the trees remaining and those planted don't combine to create pleasant green corridors for walkers.
What we have got is a sterile landscape lacking character, depth or friendliness.
A golden opportunity lost and a waste of taxpayers money.
On a positive note, it was confirmed last week that the square will provide wireless access in a few months.
No comments: 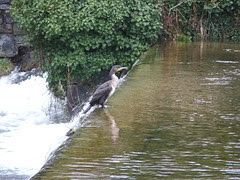 The report shows that Galway city still has a wonderful cornucopia of wildlife habitats including blanket bog, limestone pavement, turloughs, hedgerows, wetlands, muddy shores, salt marsh, sea cliffs etc. An amazing 58 kinds of habitats were identified with 22 considered to be nationally or internationally rare. The authors provide details on each habitat and any known threats to their survival. Most importantly, they give recommendations necessary to conserve these habitats that include.
o Designate any nationally or internationally important habitat as Special Area of Conservation (SAC) or National Heritage Area (NHA)
o Prepare a management plan for each of the designated habitats
o Protect and enhance 3 major ecological corridors or what the Americans call 'green highways' which directly connect a series of natural habitats into the neighbouring jurisdiction of Galway County.
o Hedgerows and stone walls should be retained were possible as part of ecological networks
No comments: 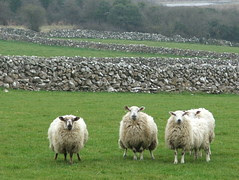 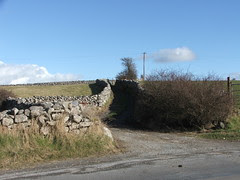 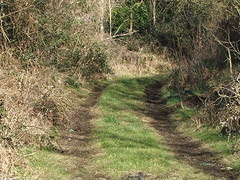 A Country Lane in Galway City
Originally uploaded by Speedie1.
No comments:

Urban Wildlife- Swans, a Symbol of the City 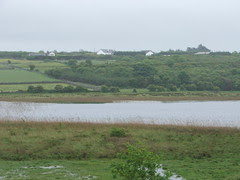 dooleylake
Originally uploaded by Speedie1.
Last year, environmentalists and community activities persuaded the City Council to retain the agricultural zoning status of much of the hinterland of Ballindooly Lough, the only major 'turlough' within the city's boundaries.
We also got the council to designate the lake as an 'Area of Local Ecological Importance' thereby offering further legal protection to its wildlife denizens
No comments:

The 'Green Highway' that is the Corrib 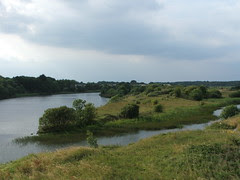 The river forms one of the 3 main ecological corridors that we are trying to protect from man-made development. The city is extremely lucky that so much of its shoreline still retains its natural green landscape and has not yet being covered over in concrete and stone. It gives us environmentalist something to relay important to defend
No comments: