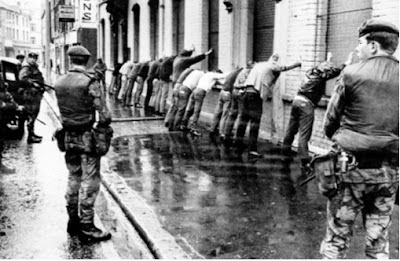 This is Cork! Why is it not Galway? I took this photo in Cork city a few months ago and deeply regret that no similar scene exists in Galway city.
But it was agreed twenty years ago that such a cityscape would be part of the fabric of our own city.

In  2002, the “Strategy for Economic, Social and Cultural Development 2002-2012” for Galway City was published after two years of deliberations and discussions by the Galway City Development Board which grew out of EU and national directives to reinvigorate local government in Ireland. It comprised all of the major stakeholders of the city including Galway City Council, the community and voluntary sector, IDA, Chamber of Commerce, health board, state agencies, education bodies, trades unions, the Western Development Commission, An Garda Síochana, Ireland West Tourism, Galway City Partnership and Údáras na Gaeltachta whose Vision was to have a Galway that was ‘Inclusive, Progressive, Historic, Sustainable, Accessible, Equitable, Creative and People-centred’. I was a member of that collaborative board in my capacity as a community forum (now GCCN) representative. One of its key objectives was to “Develop a Safe Citywide Pedestrian-friendly, Cyclist-friendly, Disability and Child-friendly infrastructure” with an agreement to “explore the feasibility of having a sustainable integrated transport infrastructure based on the following hierarchy: 1. Pedestrians. 2. Cycling 3. Public transport 4. Private motor car.” It was also agreed to review the possibility of having a light rail system into and around the city. There was a shared sense of positivity, respect and a belief that we together could create something really special.

Much progress was undertaken in the early years towards achieving the Strategy’s goals. But in the last decade as more and more cities across the world enthusiastically reimagined their cities where walking, cycling and public transport were prioritised, we still seem to have an outdated health-damaging greenhouse gas emitting car-centric culture. The recent furore about the temporary Salthill cycleway is understandable as it is a prime example of Hobson’s Choice with both options in their present form not coming up with viable solutions and causing in the process serious problems to pedestrians, cyclists, bus users and disabled parking permit holders. Galway City Council could and should have done better and consulted more in advance before coming up with these alternatives that are pitting good people against good people. The taxpayers and citizens of this great city deserve better from our public servants. The so-called third option of ‘no change’ is though unacceptable as the present situation represents a serious barrier to creating a healthy sustainable future for our increasingly urbanised world. In spite of a myriad of attractive facilities such as Galway Atlantaquaria, Quincentenary/Circle of Life Park, Salthill Park, large children’s playground, fine pubs and restaurants as well as possessing one of the most famous scenic seascape views on the planet, Salthill needs a major revamp in order to reclaim its status as the country’s leading seaside resort both for locals and tourists alike.

Making the locality walking and cycling-friendly is fundamental to this transformation. I have taken part in all of last year’s Galway Urban Greenway Community mass cycles to Salthill involving people of all ages and have seen how these events have made the ambiance of the area more relaxed and more family-friendly.

On the other hand, I was working last weekend in Salthill and the contrast to the cycling days could not have been more starker. Over much of last Saturday and Sunday it was bumper-to-bumper traffic belching out smoky toxic fumes with the harsh noises of cars revving a constant unwelcome disturbance.

Therefore I am making a submission to City Hall this week supporting Option 2 that includes a two way cycle lane on the Prom with two way vehicular traffic along the R336 (from the Grattan Road Junction to the Pollnarooma West Junction) but with the proviso of supporting disabled parking at Ladies Beach, and a pedestrian and a bus flow. A properly planned two way cycleway in Salthill can become part of the promised safe citywide pedestrian and cycling infrastructure that we have waited decades for. 2022 is the year that Galway has to redirect its transport infrastructure towards pedestrians, cyclists and mass public transport. There is no future otherwise.

Dancing to Music from Hell 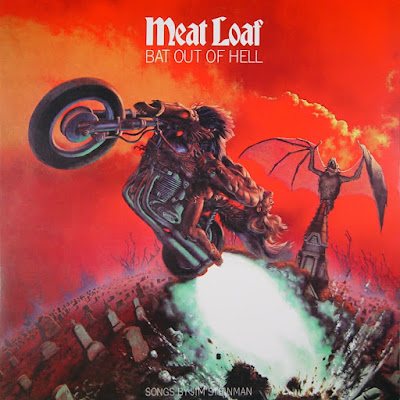 Part of my youth died yesterday on hearing of the sad passing of Meatloaf. The man was a force of nature. During my student days at UCG(NUIG), his operatic voice, Wagnerian ballads, music pulsating with pent-up passion captivated so many of our hearts, souls and bodies transforming us at the discos into demonic creatures dancing madly to the strains of 'Paradise by the Dashboard' and then, as if by magic, becoming lovable sweet angels gently holding our partners swaying slowly to the tender sounds of 'Heaven Can Wait'.
Thank you Meatloaf- you were a gift from heaven during that halycon era of the late 1970s-early 1980, giving us so much love, fun and joy. Godspeed agus ar dheis Dé go raibh a hanam
A final word of praise to Gerry Sexton, his disciple on Earth who served him so well in his role as Galway's finest college DJ, pumping out the good vibrations at the Beach, the Aula, the International....
No comments: