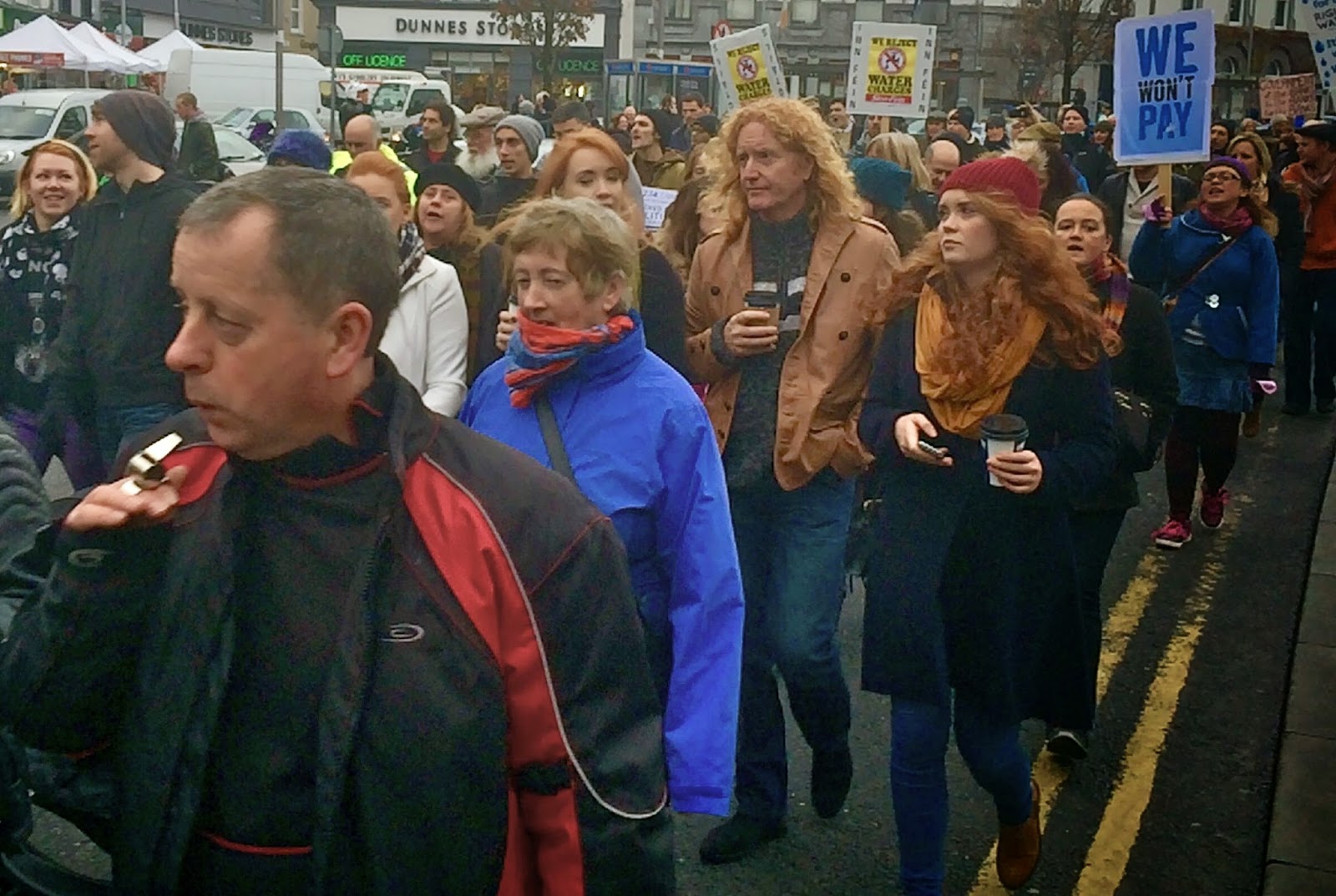 Those that benefit from the water charges are those that bankrupted Ireland in 2008 and led to over 200,000 people being forced to emigrate, hundreds of thousands losing their jobs, their family homes and their families.
Those that benefit are people like the unscrupulous Denis O'Brien, who the taxpayer-funded Moriarty Tribunal stated made payments to politicians for favours and who in the process undermined our democratic institutions, but yet this Fine Gael and Labour government is too afraid to bring to justice.
By failing to initiate action against Denis O'Brien and Michael Lowry, Labour has sold out on the principles of its socialist founders.
No comments: