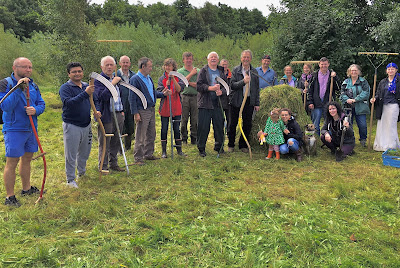 For the third year in succession volunteers are asked to participate in the mowing of a wildflower meadow using traditional hand-held implements.

As part of the Galway Fringe Festival, starting at 10am on Sunday July 15th volunteers led by members of Cumann na bhFear(Men’s Shed Galway city) will use scythes to cut the long grass in a grassland of Terryland Forest Park near the Quincentenary Bridge. 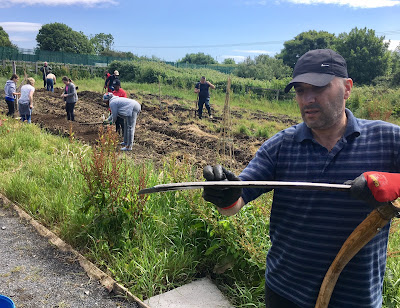 Since 2015, volunteers have planted thousands of the type of native Irish wildflowers that once light up the Irish countryside in a mosaic of colours in three former sterile lawns in Terryland Forest Park. Planting yellow cowslip, red poppy, purple clover, pink ragged robin and other plants has created what are known as 'meadows', which were in former times fields set aside by farmers for the growing of long grass which was cut during the late summer and autumn months to produce one or two crops of hay to serve as winter food for livestock. Because no chemical fertilizers were used, these meadows became important habitats for an array of colourful native wildflowers and would be alive with the sights and sounds of many varieties of bees, moths, butterflies and other pollinators. Our aim is to re-introduce meadows back unto the city and provide nectar-rich feeding havens for bees in particular which are in a serious decline worldwide due to industrialised monoculture farming, pesticides, habitat loss, pollution and climate change. Bees and other pollinators are essential to the survival of humanity as the plants that they help to reproduce are responsible for one-third of all foods and beverages that we consume.
Scientific research in Britain is also showing that animals which graze on meadows of herbs, wild grasses and flowers eat far more minerals, amino acids and proteins are therefore a lot healthier. With their meat more nutritious, the benefits to consumers are obvious. 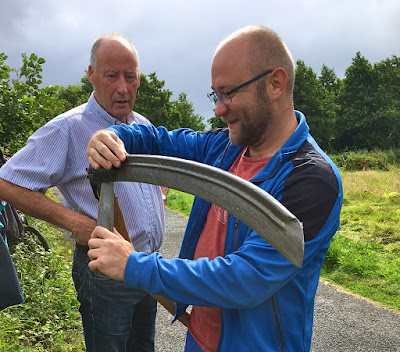 We hope that our actions will encourage other local community groups and schools nationwide to start re-establishing the meadows as a key part of Ireland’s countryside and natural heritage.
Cumann na bhFear is also committed to preserving and re-educating the public in traditional Irish rural skills and crafts that still have an essential role to play in today’s farming because of their social, health, economic and environmental aspects.
So we are asking people to come along on Sunday next to take part in this ancient rural hay-cutting in action and to take part in planting nearly a thousand more wildflowers. Light refreshments will be provided to all volunteers. 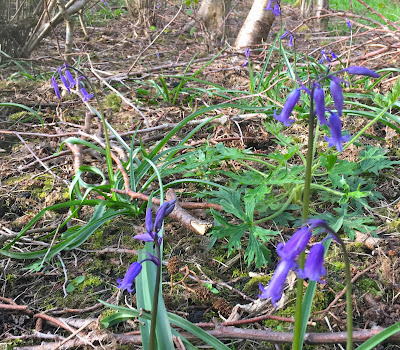 The campaign to populate the Terryland Forest Park with tens of thousands of native wildflowers continues this Saturday when Conservation Volunteers Galway and Conservation Volunteers Terryland Forest Park, under the tutelage of Padraig Keirns, will plant thousands of native bluebells in the Sandyvale Lawn section of Ireland's largest community-initiated urban forest.
The aim of 'Operation Bláthanna' is to plant the wildflowers that will dramatically increase the biodiversity of this great natural resource.
No comments: