A recent blacksmithy workshop is part of a growing resurgence in Ireland of interest in traditional skills and crafts that were almost wiped out by what seemed an almost unstoppable march towards 'hands-off' modernity during the Celtic Tiger years.

One of the protagonists in this heritage revival in Galway city is the Cumann na bhFear (Irish = 'Company of Men') volunteer group which is modeled on the Australian Men’s Shed movement with the addition of a strong community, social inclusion and heritage ethos in recognition of the interests of the membership.
The primary role of the group is to encourage retired, working and unemployed men of all ages to help each other develop, learn and/or teach skills and crafts that can benefit themselves and the wider community. There is a focus on the provision of practical skills whose existence was endangered by a modern society where the ability to make or repair everyday items was been devalued. Hence the members provide courses and workshops on traditional Irish heritage crafts such as woodturning, beekeeping, woodcarving, basket making, blacksmithing, drystone walling, nature studies as well as other areas of benefit including electronics, web design, cycle maintenance, orienteering, soldering, panel beating, metal fabrication, furniture restoration and plumbing.
No comments:


Cumann na bhFear, Ballinfoile Mór Community Organic Garden, Westside Community Garden,  Scoil Cholmcille Castlegar, Conservation Volunteers Terryland Forest Park and Scoil Bhride Menlo are working together to use their presence in this month’s St. Patrick’s Day Parade to promote an environmental message that is good for people, for wildlife and for the planet.


Supported by Jen Hesnan and her team of artists that are being coordinated by Caroline McDonogh manager of this year's (& last year) St. Patrick Day's Parade, the different groups will have a series of complimentary themes that will emphasise a positive message to the world of a eco-friendly sustainable lifestyle.


With all of the recent controversy over the questionable contents and false labelling of processed meats and other packaged foodstuffs produced by corporations and sold through supermarket chains, the Ballinfoile  and Westside Community Organic Gardens presence will show how neighbourhoods can grow their own seasonal vegetables and  fruits organically in order not to damage soils, waterways, wildlife and the atmosphere.
The children of Scoil Cholmcille Castlegar will be dressed as exotic colourful scarecrows whilst those of Scoil Bhride Menlo will re-enact the history of  Seven Galway Castles (Slí na Caisleán) that forms an exciting new pedestrian and cycling heritage Greenway for Galway city.
The members of Cumann na bhFear (Mens’ Shed) Ballinfoile are repairing a fleet of vintage bicycles known as ‘High Nellys’  that will be available in a few months for visitors to communicate through the Terryland Forest Park and along the aforementioned Slí na Caisleán and other developing Off the Beaten Heritage Cycle trails.
Anyone interested in getting involved in the Parade through any of these eco-community groups should attend a workshop and registration at 7pm on Friday March 15th in Cumann na bhFear premises, Unit 1B Sandy Business Park. 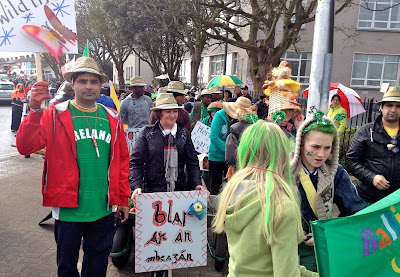 Hugo Chavez: Hero of the Revolution

Yesterday, the world lost a great anti-imperialist and champion of the poor and downtrodden.

Hugo Chavez's legacy of fighting against injustice, poverty and oppression will live on in Venezuela and across the world.
As former US President Jimmy Carter stated, "We came to know a man who expressed a vision to bring profound changes to his country to benefit especially those people who had felt neglected and marginalized.  Although we have not agreed with all of the methods followed by his government, we have never doubted Hugo Chávez’s commitment to improving the lives of millions of his fellow countrymen... President Chávez will be remembered for his bold assertion of autonomy and independence for Latin American governments and for his formidable communication skills and personal connection with supporters in his country and abroad to whom he gave hope and empowerment.  During his 14-year tenure, Chávez joined other leaders in Latin America and the Caribbean to create new forms of integration.  Venezuelan poverty rates were cut in half, and millions received identification documents for the first time allowing them to participate more effectively in their country’s economic and political life." 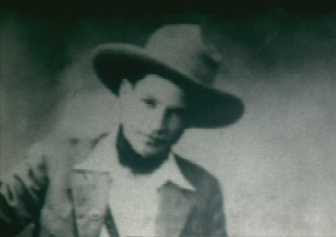 Hugo followed in the footsteps of other great heroic Latino revolutionaries such as Simon Bolivar, Augusto Sandino, Che Guevera, Salvador Allende and Daniel Ortega who fought to free their people from colonialism, neo-colonialism, elitism, brutality & poverty.

Chavez has and will continue to be an iconic role model across the continent. His success in standing up to the oil oligarchs, their right-wing political lackeys in the USA and compliant indigenous corrupt wealthy governing elites, inspired progressive democrats in many South American countries to organise and win elections in Bolivia, Peru, Paraguay, Ecuador and elsewhere, 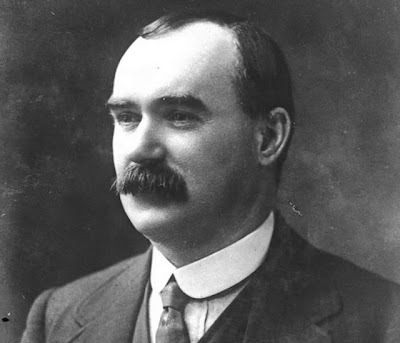 As an Irishman, I see in Chavez and other South American revolutionaries the courageous visionary patriotic spirit that imbued so many Irish rebels from Wolfe Tone and Robert Emmet through to Pearse and Connolly in their struggles to free our people from brutal foreign occupation.