Today Halloween is joyously celebrated by children across the Western world.There is a popular misconception though that Halloween is a modern American invention. Not so. Like so many other things that have brought great happiness and joy to humanity for millennia, its roots lay firmly in the culture of the Irish Celts!
(Photo- my son Dáire & 'friend'!)Yet it has to be said that the Americans, in their re-packaging of this ancient pagan festival, have destroyed many of the fine traditions that were once such an integral part of the festivities. For instance our Celtic custom of placing human skulls with candles at entrances to domestic dwellings in order to ward off evil spirits has been replaced by lights in hollowed-out pumpkins! 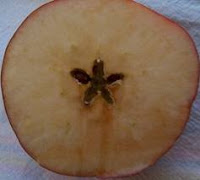