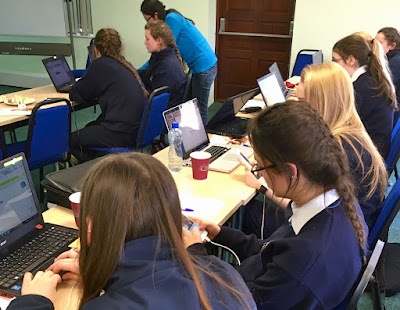 A pioneering workshop took place today at my workplace of the Insight Centre for Data Analytics NUI Galway. A team of dedicated volunteers of Pueng Narumol, Bianca Pereira, Niall O'Brolchain, Eoin Jordan brilliantly led by Souleiman Hasan delivered a pioneering app-making course based on Open Data. The latter are defined as facts and statistics that are freely available to everyone to use and republish as they wish, without restrictions from copyright, patents or other mechanisms of control.
In Ireland open data produced by public bodies such as government departments, local authorities and research institutes are stored on the website Data.Gov.ie  www.datagov.ie. The information available is vast and varied, covering topics such as population statistics from the national Census, yacht mooring locations, value and weight of fishing landings, family farm income, farm size, livestock numbers, traffic accident statistics, Luas stop locations, CO2 emissions by type of fuel and by engine size, and locations for playgrounds and protected structures. 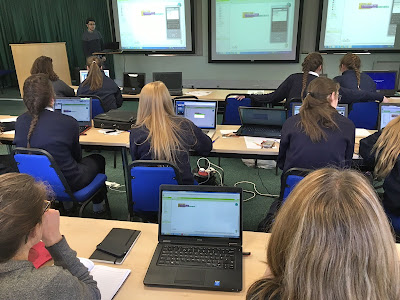 Utilisation of Open Data can bring great enormous benefits to society. Our institute Open Data expert Niall O'Brolchain is working hard to promote this message in the corridors of power across Ireland and particularly in Galway where he is a leading advocate for its development as a Smart City.
For me, 2016 will be the 'Year of App-Making' and the 'Year of Open Data' as I plan to organise a series of thematic courses in second-level schools as well as with my good friend Eoin Jordan in Coderdojo Galway city
No comments: