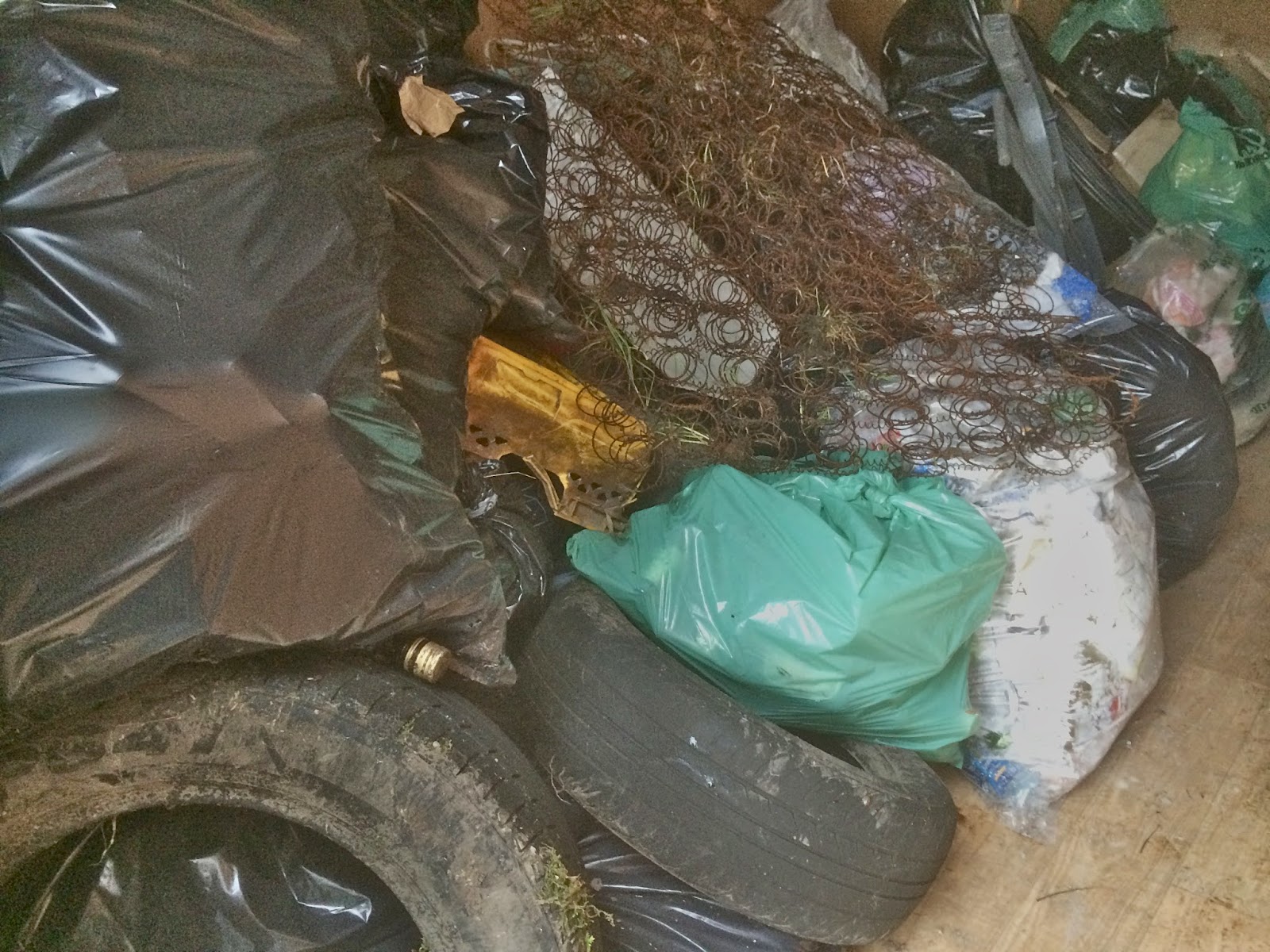 Yesterday was a very active and successful day for volunteers associated with both the Ballinfoile Mór Community Organic Garden and in the Terryland Forest Park.

Campaigners for example continued their weekly clean up of the Terryland Forest Park. As with many public spaces and green zones across Ireland, anti social elements are destroying our city's woodlands by dumping huge amounts of refuse. In some cases it  comprises heavy duty domestic waste including fridges, televisions, sofas, paints, tyres etc particularly in the bogs. But from first hand experience, the majority of the refuse in the city  seems to consist of the detritus of nighttime drinking sessions including beverage cans, bottles, fast food wrapping, excrement, burnt palettes etc. The damage to biodiversity is huge and must cost the taxpayers millions of euros every year in Galway alone. But the presence of anti social aggressive drinkers can also turn our beautiful heritage areas into no-go zones for other peoples who want to enjoy going for a walk, a jog or a nature study.
Unfortunately, few if any of the culprits are ever apprehended or made repair the damage done.
Neither  the Garda or the council's Community Wardens regularly patrol the woodlands. This policy must change if we are to end this modern characteristic that brings such shame to our country.
There needs to be a better joined-up thinking between having stronger and existing litter government legislation implemented; having local authorities ensure wardens patrol the parks and working more closely with local communities and volunteers on an ongoing basis, having the Garda regularly arrest the culprits; having the courts ensure that meaningful fines and community service are served. I have been lobbying the council for months to bring all above parties to the table on this issue and to try and have amongst other things a volunteer Park Rangers corp set up. But no success so far. 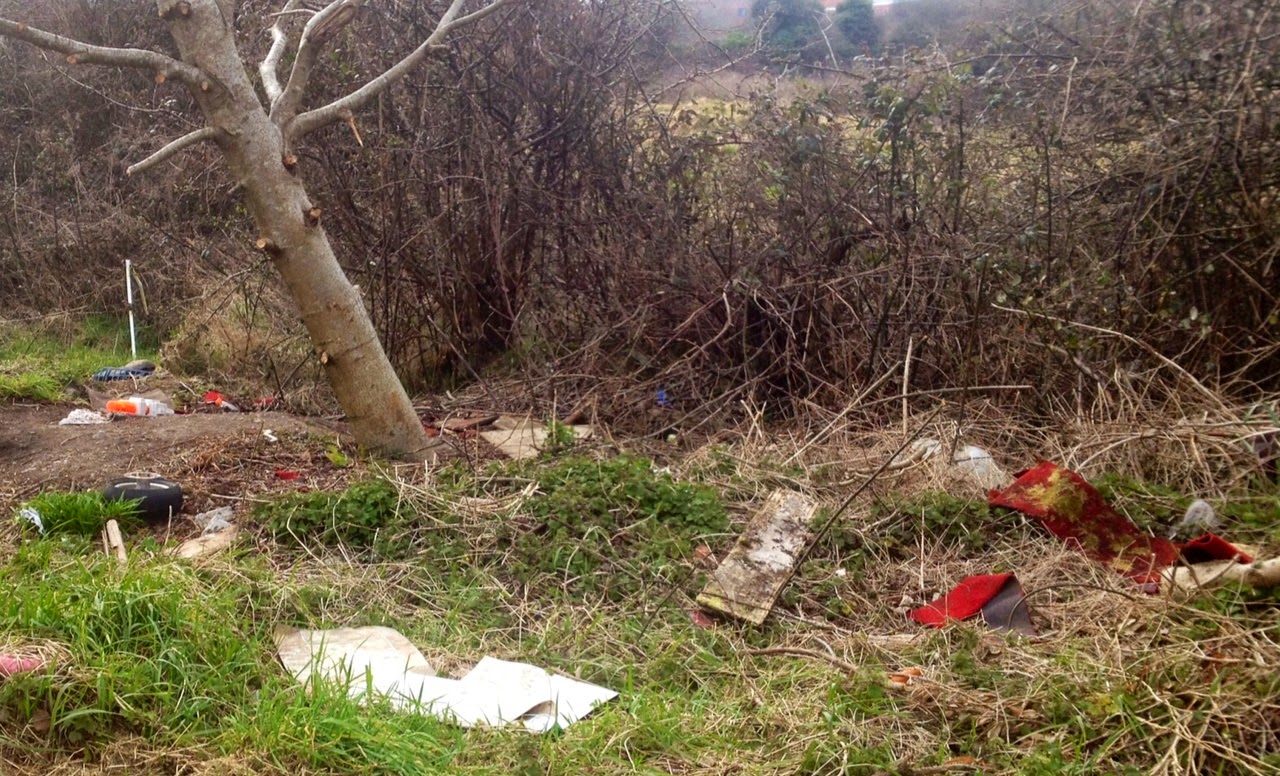 On the principle that 'money talks'(!), I spearheaded the campaign a few years ago for the government to follow the example of other European countries and introduce a monetary refund payment scheme for all beverage cans and bottles. It works well overseas and used to exist in Ireland when I was a lad. I and other community activists, supported by Councillor Catherine Connolly, succeeded in getting Galway City Council to do so on a smaller scale in the city (the only Irish local authority to do so). But the then Minister for the Environment John Gormley (the Green Party leader)after months of lobbying ultimately refused our requests to do so nationally.
No comments: