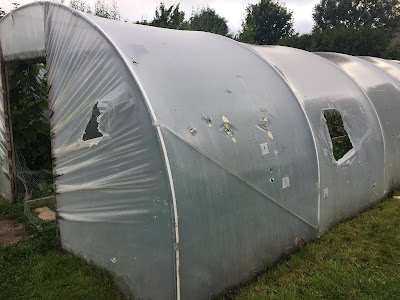 As I said in an interview this morning with Keith Finnegan on Galway Bay FM, we are now asking the people of the Ballinfoile-Castlegar locality and of greater Galway city area not to allow the anti-people bullies to win, to stand with us and to show solidarity by coming along to our Harvest Day event that is taking place this Sunday from 12.00pm until 4pm.
No comments: 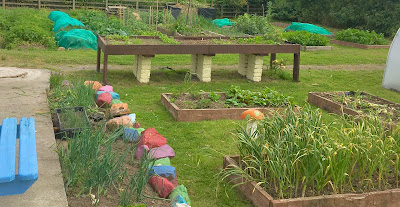 Note: This article appeared in the July 12th edition of the Galway Advertiser
No comments: 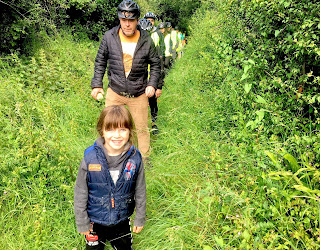 Local resident Ellie enthusiastically leads a group of intrepid adventurers along a hidden country lane that centuries ago was the main thoroughfare for people, animals and coaches travelling between Menlo village and Galway city.
Today this 'boreen' (Irish = 'botharín = small road) at Coolough (Cúil Lough = lake's end) ) is populated with a wonderful cornucopia of native trees, wildflowers, birds, insects and mammals. The sounds and sights of Nature that we experienced yesterday were a welcome soothing relief from the harsh noises of cars, trucks and much of urban life that was so evident only a few kilometres away.
Participants in yesterday's Seven Galway Castles' Heritage Cycle Tour felt they had stumbled into a lost world!
On the edges of Galway city lies a largely forgotten network of traditional rural lanes that local communities are now working together on to create a Greenways infrastructure as part of the 'National Park City for Galway' initiative. This 'lost world' will become 'our everyday world of the future'!
No comments: