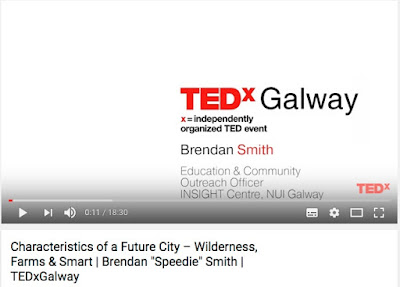 Thanks to Darragh O'Connor and Cormac Staunton, I recently fulfilled a cherished ambition of mine by getting the opportunity to give a TED talk.
My TEDx Galway presentation was entitled Characteristics of a Future City – Wilderness, Farms & Smart.
Click here to view it.
The talk is based on my personal experiences of living and working in Galway. It is about the urgent need for humanity especially urban dwellers to bring the rest of Nature back into our everyday lives. We have allowed 'civilisation', urbanisation, industrial farming, mineral extraction, consumerism and technology to scar the planet and to destroy so much of its species and their habitats.
But even now in a time of accelerating destructive man-made climate change, I see hope in what ordinary individuals and communities in Galway and elsewhere are doing in order to bring the 'Jungle' into the Cities. 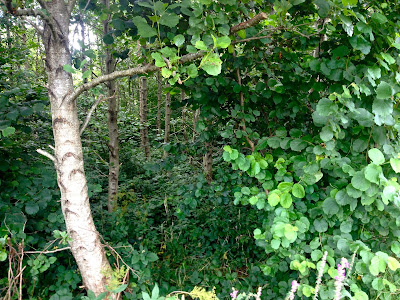 For the first time in our history we should judge and develop technologies primarily on how they improve the Earth, its countless fascinating lifeforms, our own wellbeing and not on such requirements as 'efficiency', 'speed' and 'profit'. Nature is in our genes, and for 99% of our species existence on this planet we were more or less a benign planetary force. It is only relatively recently when we became 'civilised', circa 10,000 years ago with the development of urban settlements, that we started to become a self-centred malign phenomena. 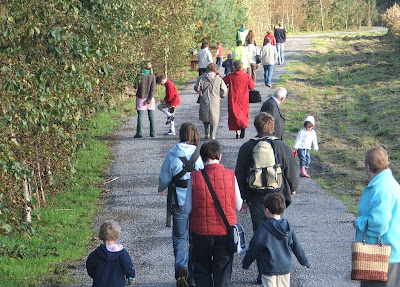 But if used wisely our human intellect can undo the great harm we have caused.
I hope that my talk will go some way to inspiring people to ensure that the Cities of the Future will not only be Smart but will also contain forests, wetlands, rivers, lakes, wildflower meadows and organic farms. 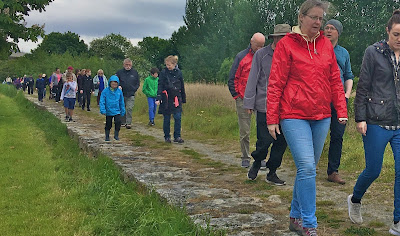 Tanzania – A Tale of African Girl Coders, an Irish Minister & an American Corner 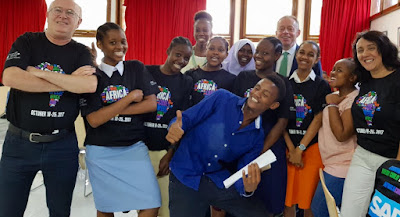 Africa is changing at an unprecedented level. We associate the continent with the big fauna such as rhinos, giraffes and lions; with tropical forests, deserts and savannah; with rural villages and pastoral farming.
But that description would be alien too much of today's African youth who live in mega cities that have sprung up over the last few decades. Lagos and Cairo have populations of circa 20 million inhabitants. Such city dwellers too often only experience the fast pace of a man-made environment of concrete, tarmac and traffic rather than the slow movement of the wilderness and small traditional tribal hamlets.
As a lead mentor of the SAP-funded GEC-supported ‘Africa Code Week’ (ACW) initiative, I have spent much of the last two years working in this new Africa of Cape Town, Addis Ababa, Kampala, Kigali, Cairo and Gaborone. Our task this year was to partner with local NGOs, governments, third level colleges and innovation hubs to upskill teachers and bring coding workshops to 500,000+ children and youth in order to fulfill our mission of helping to empower future generations with the creative technology tools and skills they need to thrive in the 21st century workforce and become key actors of Africa's economic development.
My final destination in Africa for 2018 was Dar es Salaam. With a population of nearly 6 million people, it has all the strengths and weaknesses of a fast growing African urban conurbation. Amongst its key assets are a youth with an insatiable appetite for education who populate the clubs and centres where technology creativity is promoted, coding taught, products made and sisterhood blossoms. This was characterized at my last training session in Tanzania organised at a volunteer club for young women known as ‘Apps & Girls’ in a venue called the American Corner. Funded by the US embassy in partnership with a local educational institution, the corner is a learning, information and programming space located in a public library. Though we mentored coding workshop taht was well received by the participants, we also got to enjoy as spectators a demonstration by enthusiastic young teenagers of a programmable robot used in a clean water project. The guest of honour was our very own Irish Minister of State Ciaran Cannon. I have great time for Ciaran. He is a politician and government minister who truly understands the need to integrate technology innovation into education. He is a coder himself that has over the last four years co-founded many Coderdojo clubs in rural villages and towns in the west of Ireland. He has taken to both his new ministerial roles, namely that of the Irish Diaspora and of International Development, like a fish to water. In the case of the latter, Ciaran sees Africa as a key focus of his ministry.
On my final night in Tanzania I was at a truly remarkable Africa Code Week launch officiated by Dr. Joyce Ndalichako, Tanzanian Minister for Education, Science & Technology, and Minister Cannon attended by the Ambassadors of Ireland and of Germany, the US Press Attaché, Liam Ryan and Sunil Geness of SAP, young innovators and school kids. The words of one young female teenage speaker and panelist will stay with me for a long time. When asked by the MC what has the technology education provided by Apps & Girls mean for her, Lisa said that the girl that she is now is so different to the girl that she was six months ago. Thanks to her found skill of programming she is now full of self confidence, empowerment and positivity.
The music on the night was provided by a steel drum (pan) band from the Debrabant School Saku whose musical renditions, including the German and Irish National Anthem, stirred the heart of many listeners. This educational institution, which I worked in last June, was founded by the current principal Sister Annette, a hardworking Catholic nun from Kilconnel in county Galway. Whilst the Catholic clergy in Ireland has suffered a dramatic fall from grace over the last few decades due to child abuse and other scandals, nevertheless their Irish compatriots in Africa are still held in high esteem due to their educational and community programmes with the less privileged stretching back to the 19th century. Teachers, civil servants and NGO personnel of different religious faiths in South Africa, Uganda and Tanzania proudly told me of their affection for the Irish clergy that provided them with schooling. Being enslaved and colonised ourselves we Irish have a special affinity with the indigenous peoples of the continent. As a member of the anti-apartheid movement in Ireland during my youth, I was inspired by contemporary Africans such as Nelson Mandela, Steve Biko, Joe Slovo, Patrice Lumumba, Kwame Nkrumah and Desmond Tutu.
On a personal note I myself was proud to be part of a very special ‘Team Tanzania’ which included Julie Cleverdon (great organizer and worker), Bernard Kirk(great inspirational speaker), Clara Betis (great social media expert & journalist). Liam Ryan (great visionary), Sunil Geness (great enthusiastic commitment), Davide, Hercules and my two top quality fellow teaching colleagues namely Cristina Antelo and Thais Muniky
No comments: