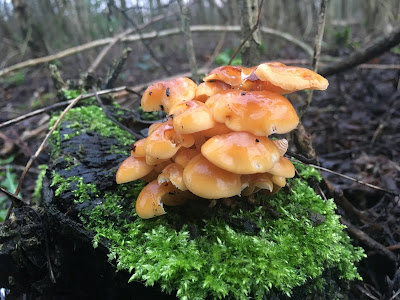 The Velvet Shank mushrooms are found through the Terryland Forest Park at this time of year. With their glistening slippery orange copper surface they bring a lovely magical beauty to a largely bare woodland in winter especially when surrounded by a carpet of lush green mosses.
But what is most striking and wonderful about such lifeforms is that they makes their homes and takes their nutrients from the stumps of dead trees and other deadwood.
In Nature, there is no such thing as 'waste'- everything is recycled and upcycled.
Humanity is out-of-sync with the rest of Nature where a 'circular (economy) system' is the foundation of all life.
No comments:

The Urban Farmers of Christmas 2018 - our Message: “Is feidir linn!” 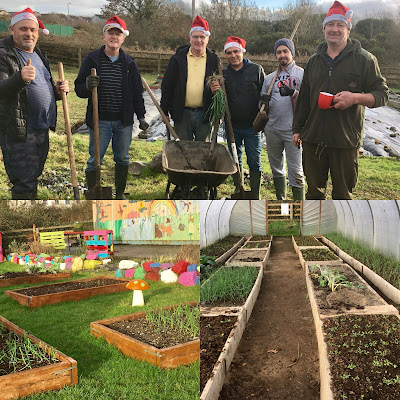 A dedicated volunteers of the Ballinfoile Mór Community Organic Garden in the Terryland Forest Park spent Saturday completing the green facility for a period of hibernation.
Whilst Spring is the season for the first signs of growth for much of the garden's vegetable and fruit species, and late autumn represents the end of their life cycles, we have noticed that some plant-life now remain active during the traditional winter period.
Sadly this is a sign of Global Warming that is impacting negatively on the whole interconnecting biosphere. With flowers blooming earlier in the year, pollinating insects and birds such as migratory swallows suffer as their life cycles become out-of-sync within their eco-systems. This is one of the reasons for the increasingly serious decline in the numbers of flora and fauna over the last few decades.
The same problem continues onto the winter which is suppose to be a time when soil needs to replenish and much of the wildlife world needs to sleep.
Still we urban gardeners extend the traditional Irish seasonal greeting of "Nollaig Shona agus Áthbhliain faoi mhaise daoibh" and look forward to working with like-minded people across Galway and beyond during 2019 in protecting the rest of Nature from the devastating influences of humanity caused by a relentless drive for a progress that is becoming a Road to Hell.
Remember though, that in spite of the serious local, national and global problems that we face, to be positive. For together we can and will make a difference. "Is feidir linn" (Irish = “Yes We Can!”).
No comments: 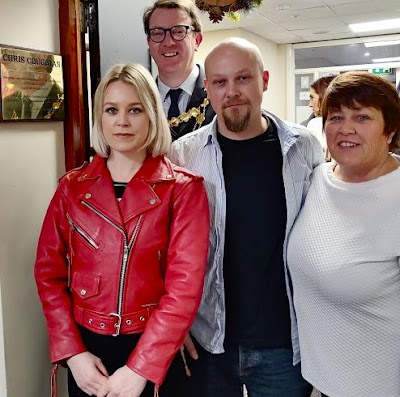 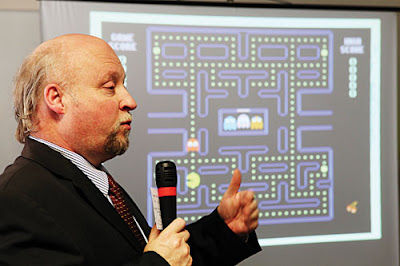 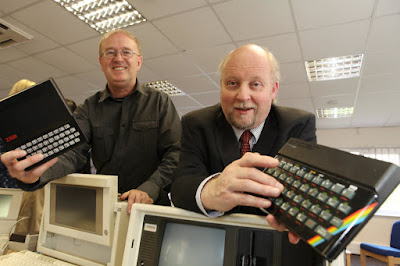 I am proud to have known Chris, to have worked with him, to have been inspired by him and to have called him a close friend.
Ar dheis Dé go raibh a hanam.
No comments:

A Celebration of World Cultures at a Galway Christmas 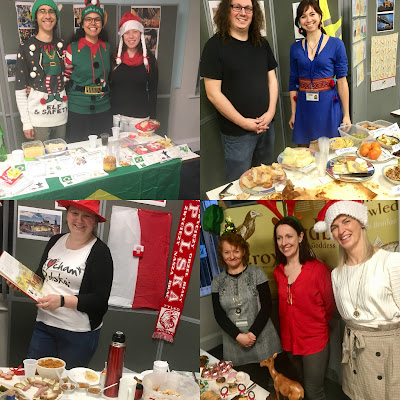 The annual Christmas party at my workplace is unique and it is something that I love helping to coordinate. For it is a wonderful vibrant celebration of the cultures and ethnic traditions of the people that happily work together at our university institute.
The taste, quality and variety of traditional foods on offer are consistently top class. As always so many volunteers do so much cooking/baking to ensure that all attendees enjoy an array of exotic tasty sweets, cakes and deserts.

As well as the food there was live music, dance, videos and posters from across the globe.
This year we had exhibits from fourteen countries/regions (Australia, Bangladesh, Brazil, Egypt, France, Ireland, India, Mediterranean, Nigeria, Pakistan, Palestine, Poland, Portugal, Syria and samples of foods from Greece, Kurdistan, Lebanon and Slovenia).

Then there is the 'Greenscreen', the ‘Open Mike’, the ‘Giving Tree’ (gifts to local people in need), the Best/Worst Jumper Competition and a real live very jolly Santa (aka Niall O'Brolchain).
If only the rest of humanity got on as well as all the nations of the world at DSI/Insight NUI Galway! We must be what the United Nations aspires too and what governments need to emulate if the world is to work together to make a sustainable future for all forms of life.