A press release that was published in the current edition of Galway City Tribune:
A unique series of exhibits were unveiled at the remarkable and highly successful Galway Science and Technology Festival Exhibition that took place in NUI Galway (Galway university) on Sunday last. 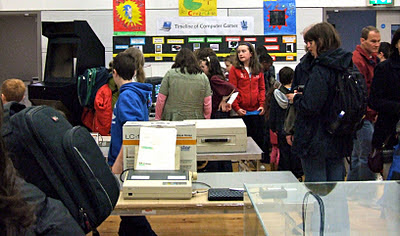 Replicas of some of the most important inventions in the history of modern communications were  displayed in the Computer and Communications Museum of Ireland which was re-located to the main campus for the event. 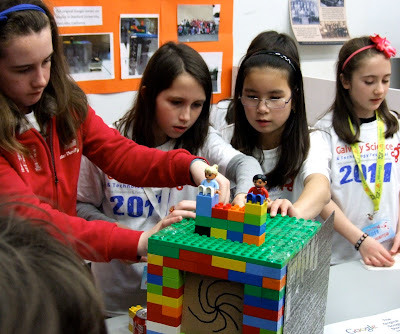 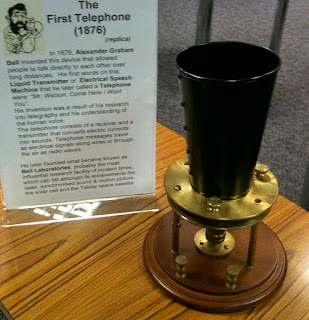 “The telephone or ‘electrical speech machine’ was invented by Alexander Graham Bell in 1876. He later founded what became known as Bell Laboratories, probably the most influential research facility of modern times, which can list amongst its achievements the laser,  synchronised sound and motion picture, the solar cell and the Telstar space satellite.  Today it is a part of the Alcatel-Lucent corporation, an industrial partner of DERI.


First Transistor Comes to Galway
One of their engineers Toby Joyce  originally from Clifden, arranged for the transfer from Bell Labs in New Jersey to Galway of not only a replica of the first telephone but also that of probably their greatest invention, namely the ‘transistor’ that was developed in 1947 and became the basic building block of modern electronic devices. 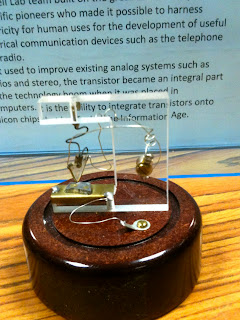 “DERI has passed on these fascinating artifacts to the Computer and Communications Museum of Ireland that operates under a multi-sectoral board chaired by Dr. Chris Coughlan of Hewlett-Packard with representatives from Engineers’ Ireland, NUIG, GMIT, small businesses and Irish Diaspora groups as well as DERI. 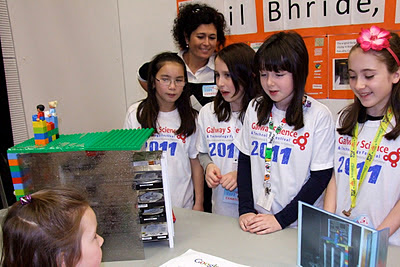 “The museum will also play host to a very intriguing exhibit being constructed by Scoil Bhríde Menlo (Mionloch)  and Cumann na bhFear in Ballinfoile. It is a model of the Google original storage device from 1996 . The company’s founders put together a server consisting of 10 hard disks of 4 gigabytes each, then the largest capacity drives available, encased in a cabinet covered with children’s Lego bricks.
It is appropriate that this school is undertaking this task as Google was founded in a garage in Menlo Park, California, so named in the 1850s by  two Irish immigrants,  Oliver and McGlynn, in honour  of their Galway birthplace.

Our institute has had a close working relationship with Scoil Bhríde as we have provided laptops on loan for the last four years to all their pupils in fifth and sixth year classes in an effort to promote eLearning education." 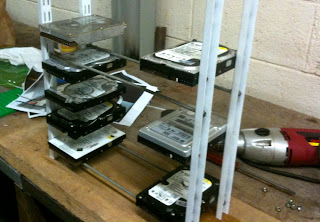 The Cumann na bhFear (Irish for "Men's Club") is a recently formed group in Ballinfoile Mór that is modeled on the Men's Shed movement that originated in Australia. Two of its founding members, Michael McDonnell and Michael Tiernan, helped construct the metal stacking unit (above), secured many of the old hard disks and made an exact copy of the 'clouded' perspex panels used as the sides of the original Google server by cutting out sections from a shower door! 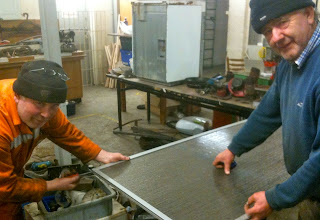