A bunch of five iron roses forged by a team of four Galway blacksmiths will this month form part of a unique sculpture memorial in Oslo dedicated to those that lost their lives in the city centre car bombing and the massacre on Utøya Island undertaken by the terrorist Anders Behring Breivik in July 2011.

The memorial was inspired by the roses that covered the streets of the country’s capital and carried by 150,000 participants in a march through Oslo that occurred within days of the atrocities in a public manifestation of national mourning towards the eighty five victims of the deadliest attack in Norway since World War Two.

The four Galway blacksmiths are part of the Cumann na bhFear volunteer group which operates a blacksmithy forge at their premises on Sandy Road in Galway city.
According to Cumann secretary Richard O’Flaherty, “Peter Szászfai, a member of the club, had heard about the public Facebook appeal initiated by two Norwegian blacksmiths Tobbe Malm and Tone Mörk Karlsrud, to metal artisans from across the world to send iron roses to Norway. 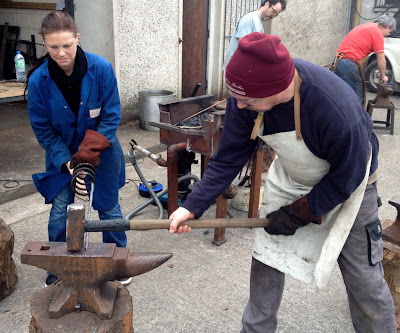 So Peter, Olwyn Onions, Michael McDonnell and myself decided to answer the call and crafted five beautiful metal roses that will form part of a unique permanent collective memorial sculpture. The rose is a particularly apt theme as it symbolizes eternal love and well as being the emblem of the Norwegian Labour Party whose members at an island youth camp were gunned down by Anders Breivik soon after he detonated the car bomb in Oslo.
The Cumann na bhFear volunteer group is modelled on the Australian Men’s Shed movement. The primary role of the group is to encourage retired, working and unemployed men and women of all ages to help each other develop, learn and/or teach skills and crafts that can benefit themselves and the wider community.
For further information on Cumann na bhFear check our their website
1 comment: 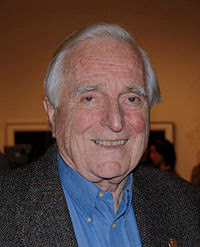 On July 2nd, one of the greatest technology visionaries of the modern era, Douglas Engelbart, passed away at the age of 88.

The Computer  and Communications Museum of Ireland, based at the Digital Enterprise Reseracgh Instiute (DERI) in NUI Galway is very privileged to have in its possession a rare specimen of one of his inventions which we will proudly display at a public Open Day in his honour that will take place this Saturday (July 13th) from 10am until 3pm. 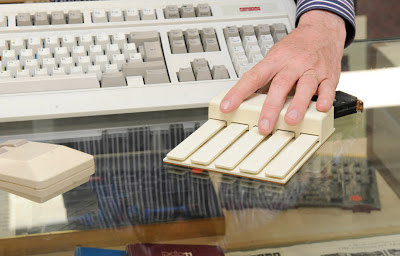 The 'five finger chorded keyset' was publicly used for the first time by Douglas in his legendary ‘Mother of all Demos’ presentation that took place in the San Francisco Convention Centre on December 9th 1968.
This event, attended by c.1,000 computer experts, was a seminal moment in modern history as it introduced many of the key technologies of the Digital Age such as the computer mouse, video conferencing, word processing and hypertext.

The keyset was used in combination with one of his other new inventions, a three-button mouse, to allow fast data entry and computer interactions.

At the time of the ‘Mother of all Demos’ in 1968, Doug Engelbart was working at the famous Stanford Research Institute located in Menlo Park California.

Douglas met Dr. John Breslin of DERI and NUI Galway in the United States earlier this year and mentioned that he was delighted that the Computer & Communications Museum of Ireland held an example of his work in it's permanent collection.

The artifact is on loan to the museum from Karl Flannery of the Galway-based Storm Technology who received it from Engelbart in the mid-1980s whilst working in the USA on behalf of Digital Equiipment Corporation (DEC).
No comments:

Help Save a Willow Tree Sculpture! 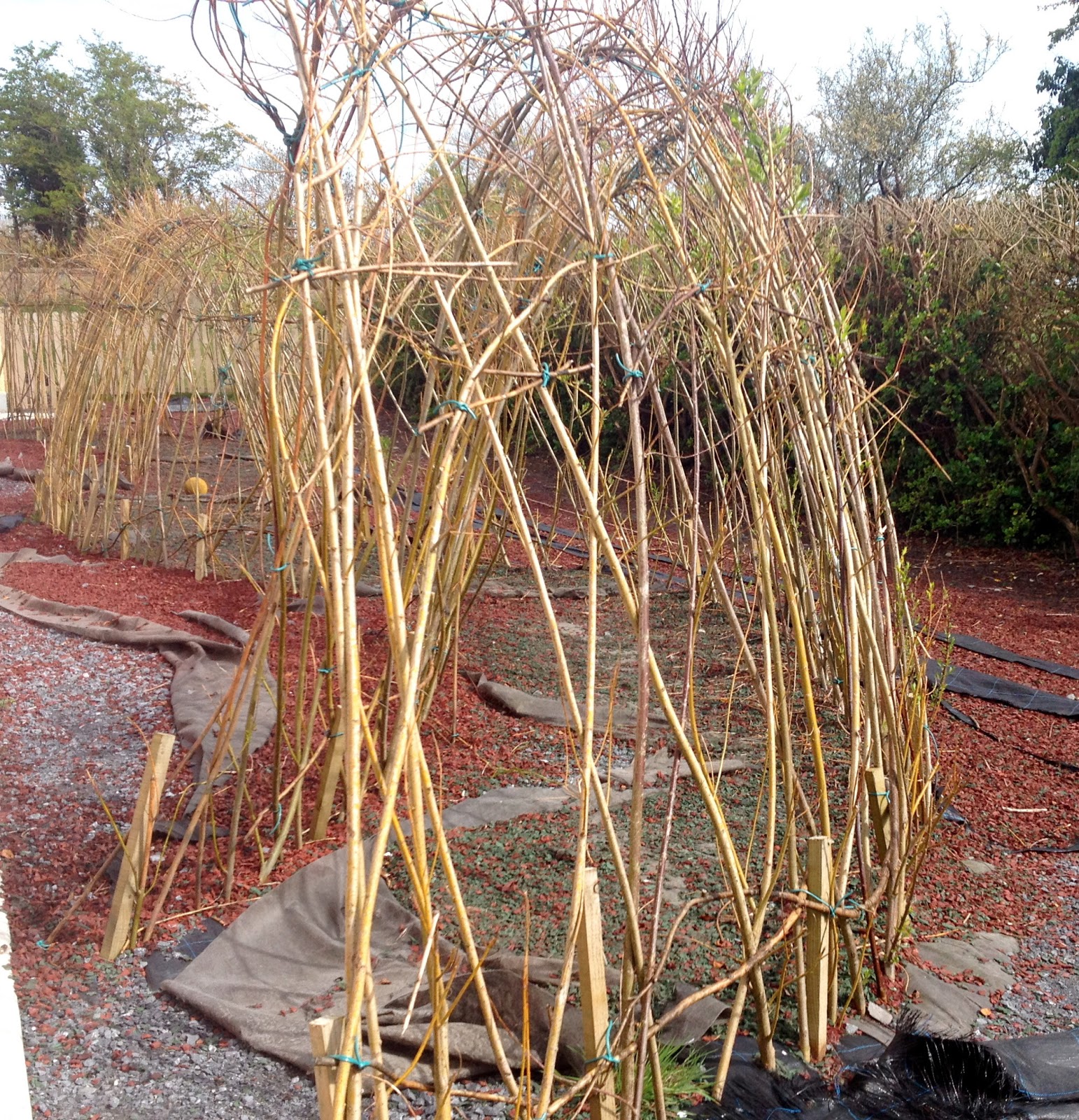 Volunteers are needed on Saturday morning to help in moving a large beautiful living Willow Tree Tunnel from a school garden to the Ballinfoile Mór Community Organic Garden in the Terryland Forest Park, Galway city.
Rendevous: 11am Sat, Ballinfoile Mór Community Organic Garden
This transplanting work has to be done as a matter of urgency as the present site of the tunnel will be bulldozed later next week due to a school building extension programme.
Scoil Náisiúnta Cholmcille Castlegar has generously offered the community group the trees in order to save the tunnel from destruction. The willows will be relocated to the Ballinfoile Mór facility to form part of an existing three tunnel network. 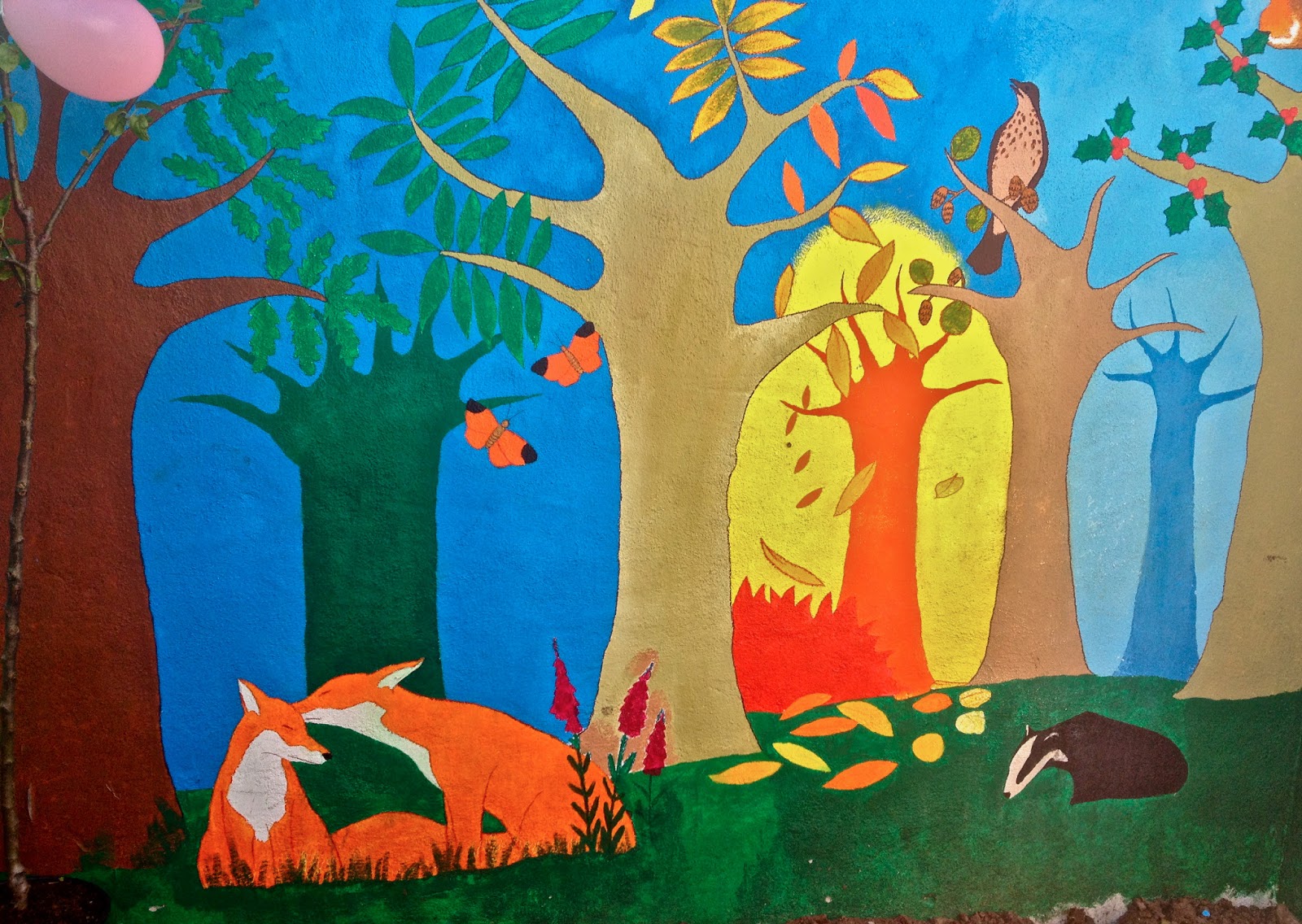 Over the years the teachers, parents, pupils and Fás workers at Scoil Cholmcille have created a green oasis within the school grounds. 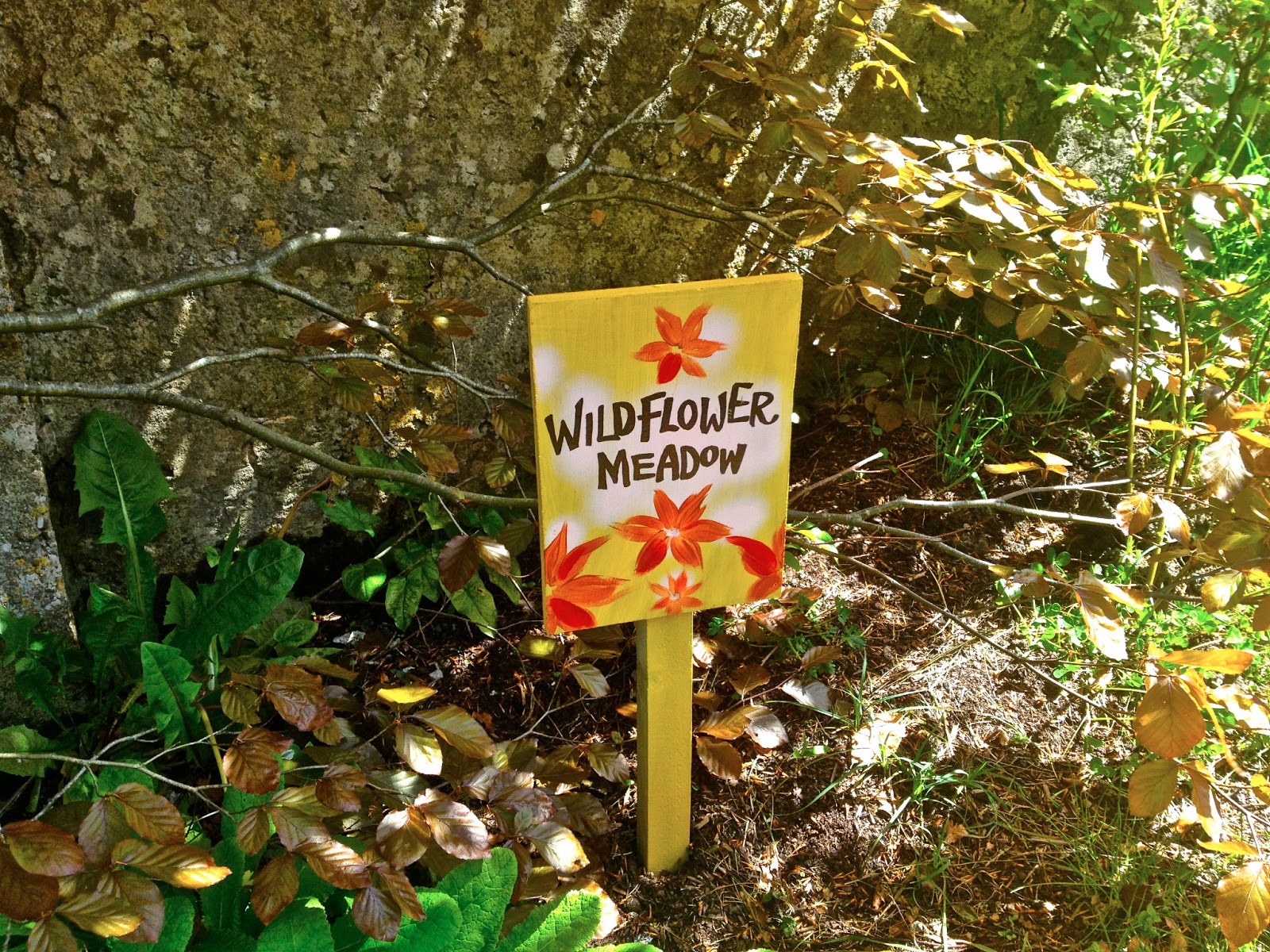 Most of the garden will be left untouched by the new building. In fact it has being tastefully developed over the last six months with the addition of new murals, bug hotels, native Irish trees, wooden seating and raised beds. 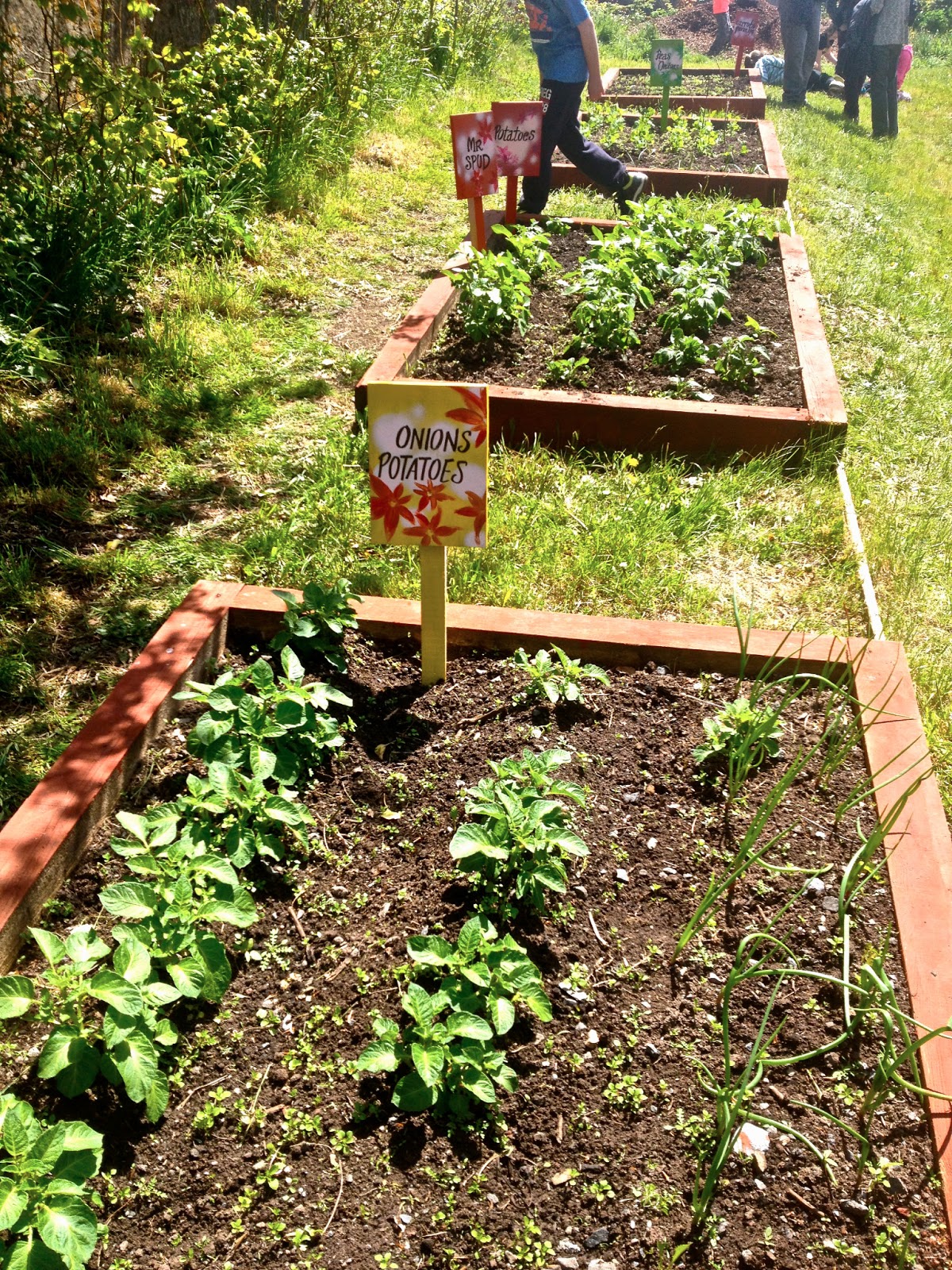 The transplanted trees will be still be available to the school children to harvest for sculptures and hopefully some day to be used to recreate a new tunnel outside their classrooms. 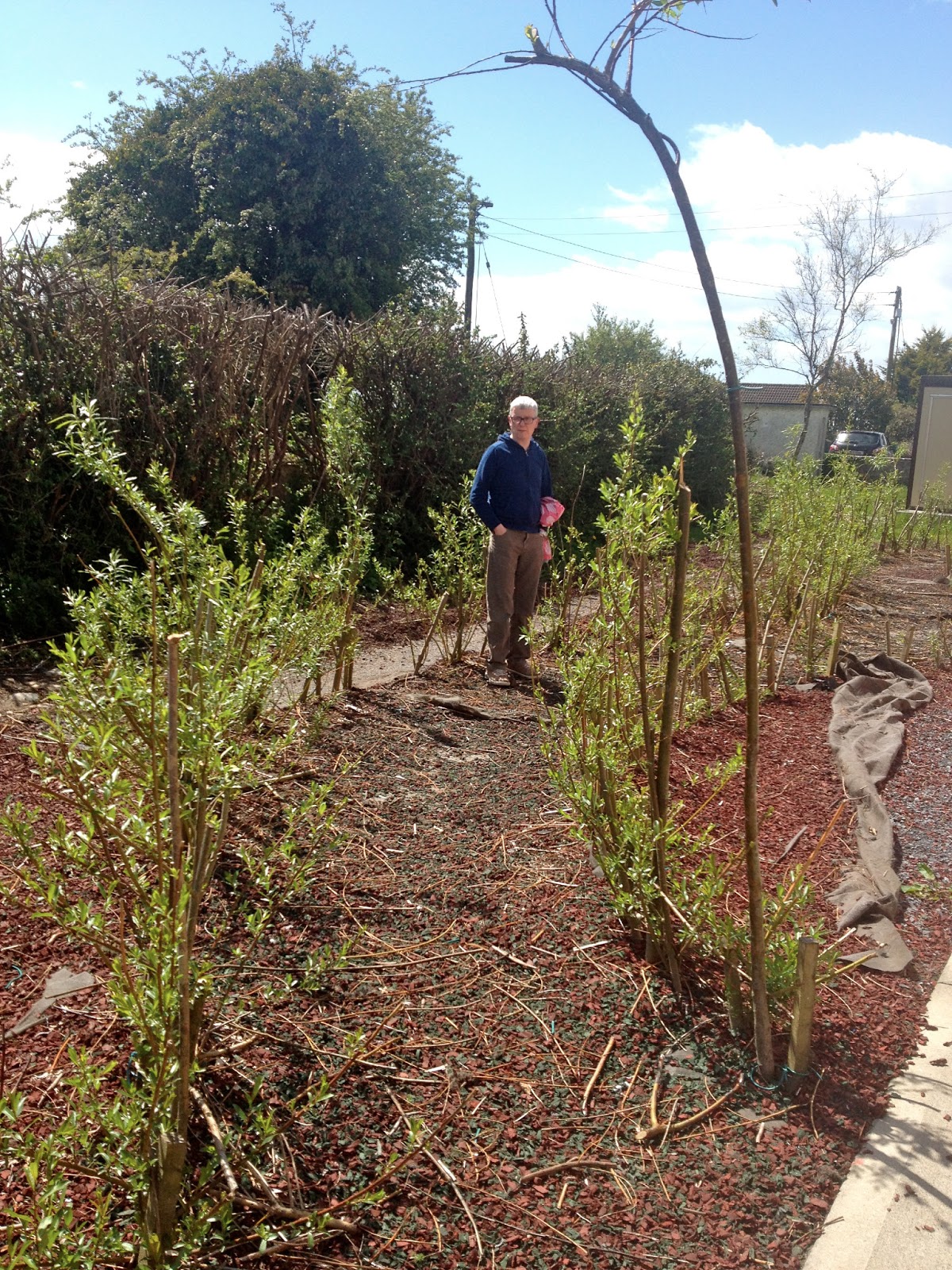