"The great appear great because we are on our knees. Let us rise!" 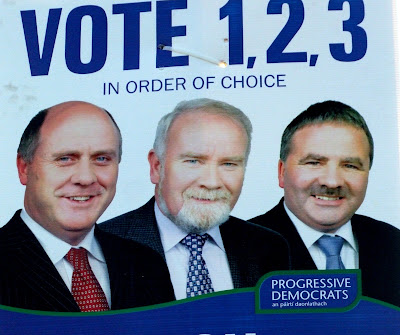 Whilst I personally got on quite well with local PD TD Noel Grealish, particularly for his anti-incineration stance, and with Galway PD councillors O'Flaherty, Lyons and O'Donnell on a number of local issues, nevertheless the party's departure is a blessing that hopefully will help to the re-emergence of respect and support for a 'community' ethos in the Irish body politic.
No comments: