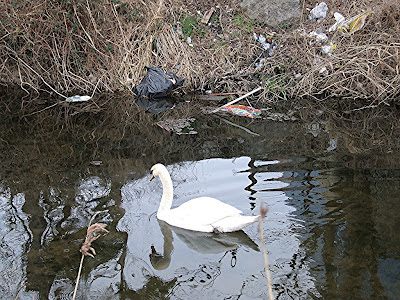 As a community representative on Galway City Council-led environmental partnership committees, I  spent the last few hours reviewing the Draft Biodiversity Action Plan 2012-2013.
What a wonderful progressive document that if implmented would do much to protect widlife in Galway City.

I have just sent my recommendation on how the Plan can be improved to Eleanor Hough, one of the Community reps on the Recreational and Amenity Special Policy Committee(SPC) that is meeting tomorrow to discuss the document tomorrow. 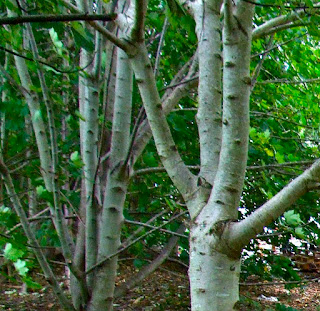 Recommendations
1. The interim Biodiversity Officer must be assigned within the first year of the Plan or even this year (2012). This office should have the authority to set up a working group with City Hall that includes a membership drawn from all the relevant departments/offices: Parks, Environment, Transport, Planning, Heritage, Community Development and the Arts.

Other Recommendations to be included in the Biodiversity Action Plan 2012-2013.
10. The implementation of an annual native tree and bulb planting programme involving the local community and schools sectors.
11. Establish Biodiversity Protection/Enhancement Awards within the annual Mayoral Awards.
12. Establish an annual Galway City Biodiversity Festival involving schools, third-level colleges, neighbourhoods, NGOs and other relevant sectors of society. This event could include neighbourhood harvest fests, nature walks, heritage tours etc. This festival could be part of an existing environmental or heritage festival. 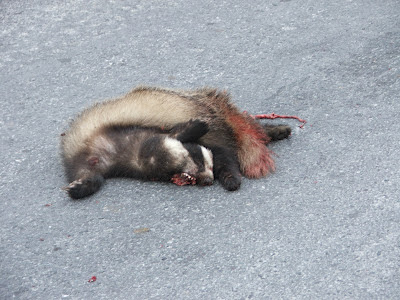 Taoiseach Listens to the Radio! 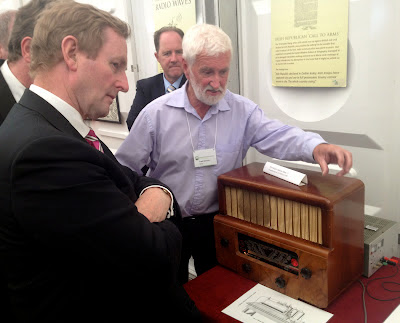 During his recent visit to the Computer & Communications Museum of Ireland at the Volvo Ocean RAce Global Village, An Taoiseach Enda Kenny listened intently to Frank McCurry as he outlined the history of the development of the radio.
He was particularly fascinated by the significance of the Clifden Radio station that was opened by Marconi in 1907 and which represented the first point-to-point fixed wireless service connecting Europe with North America.
Thus it was in Galway that the 'Global Village' was born!
An Taoiseach sent a personal email to curator Brendan Smith afterwards stating how impressed he was with the efforts to safeguard Ireland's technology heritage and that he hoped the museum will become an outstanding success!

Museum Board member Frank is one of the foremost experts in Ireland on Morse Code, Guglielmo Marconi and early radio and has appeared in an episode of the BBC series Coast along with his GMIT colleague Tony Frawley on Clifden and Marconi.
No comments: 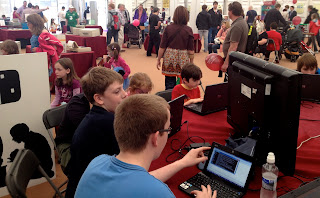 Over the last few days as the rainstorms have abated, huge crowds have started to visit the Computer & Communications Museum of Ireland at the Volvo Ocean Race Festival Galway.
The facility was transferred from its normal residency at DERI in NUI Galway to the Global Village at Southpark Claddagh for the duration of the Race Festival and it has really started to become a big popular hit.
Exhibits include the Marconi Radio show with its 'Morse Code in action' organised by Frank McCurry; the Star Trek 'fun face' stand where people are lining up to get their photos taken as Lieutenant Uhura & Dr. Spock; the Retro Games section where parents and their sons and daughters enjoy together the great classics of Pacman, Space Invaders, Sonic the Hedgehog etc on Ataris, Nintendos, Amigas...
Just as successful has been the interactive engineering workshops.
For 2pm-4pm, it is 'K'NEX modelling for kids' facilitated by 12 year old Daire Smith.
For 4pm-6pm, the Coderdojo workshop is staffed by youngsters teaching other children how to code in HTML & Scratch.
Then from 6pm until 8pm, the enthusiasts from 091Labs show people of all ages how to solder, print in 3D & repair electronic equipment.
These participants are displaying the enthusiasm, creativity and skillsets needed to become the engineers of the future.
1 comment: