974 to 2004.
The report clearly shows that there was a deliberate cover up of clerical abuse by the Church authorities. The bishops saw their primary goal being to protect the financial assets and reputation of the Holy Roman Catholic Church. They gave no recognition of the sufferings being done to the children by their members. Those courageous few adults that tried to expose the evil being done by priests were condemned as liars and misfits. Time and time again, the ecclesiastical authorities malevolently moved the perpetrators away from the public glare to church positions in others parts of the country or abroad allowing them to continue to commit crimes against yet more innocent children.
'Above Suspicion'
The hierarchy openly felt that they were superior to the state and not accountable to civil law. Such a exalted opinion of themselves was probably shared by the majority of the populace for much of the 20th century who treated clerics as above suspicion because they were adjudged God's intermediaries. Certainly the police and other state institutions agreed, colluded with the cover-up and undertook no action when asked to do so by the victims. 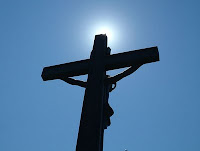 largest Christian church became so corrupt; that it deviated so much from the teachings of Christ; that it promoted, perpetuated and protected evil while preaching a message of 'love and peace to all mankind'; that clerics who took vows of chastity metamorphosed into serial paedophiles and rapists; that bishops, who were supposed to be followers of the Christ that lived the life of a pauper, lived in 'palaces' and called themselves 'princes'; that most priests and bishops, if not themselves practicing child abuse, knowingly turned a blind eye to these horrible acts and saw their role being to protect the perverts. By their actions and in-actions, they condemned generations of innocent children to a life of 'Hell on Earth'.

Condemned by the Bishop of Galway
In the early 1990s, I myself was publicly condemned by the then Bishop of Galway for allowing the sale of condoms on my pub premises. I was dismissed as a wrongdoer, as corrupting the morality of youth. The bishop said that I was ignoring a central tenet of church law which was that sex existed for 'procreation' and not for 'pleasure'. A few months after these attacks, the bishop fled Ireland when it was found out that he had a teenage child by his mistress! He was the first senior cleric to be exposed for having a sexual affair.

Click here to read more on this story.
I actually had and still have great respect for Bishop Casey. He was a good man on so many levels and I sure don't believe that having consensual sex with an adult woman is wrong.
Anyway, his actions paled into insignificance compa

red to what soon followed. It was only after the Casey affair, when the spotlight was turned for the first time onto the private lives of clerics, that it became public knowledge that hordes of rampant paedophiles were operating inside hallowed walls.
Today's report though dealt solely with a 30 year period in one archdiocese in Ireland. We can be sure that such abuse happened from the time that the Catholic Church began to monopolise power in the country (19th century) and when it was given responsibility for the physical and spiritual care of young people and the right to establish orphanages and schools. It is also true that this evil was exported to all areas of the world where Irish priests established missions, schools and churches.
This clerical wickedness has done so much to undermine the great acts of goodness and charity carried out by other Irish nuns, brothers and priests. But power and privilege as well as blind obedience to their whims by the populace turned too many of the clerics into monsters.

Time for Renewal
The Church must immediately undergo a period of renewal and return to living the teachings of Christ by fully embracing Liberation Theology and promoting Environmentalism. The Papal Nuncio, who refused to reply to the letters from the Commission, must be expelled from the country; the Pope must issue a public apology to the people of Ireland; the hierarchy should leave their 'Palaces' and cease to be known as 'Princes' or be addressed by aristocratic titles such as 'Your Grace' or 'Your Eminence'; celibacy for clerics should be optional and women should be admitted to the priesthood. For a male-only institution, which is against all the laws of nature, obviously became a breeding ground for paedophilia.
No comments:

I use to look on Thierry Henry as a giant in the world of sport. He seemed to embody all the attributes of the 'gentleman footballer'-debonair, chic, knowledgeable about so many topics, always so calm and elegant in the heat of the fierce battles that took place on the playing fields of Europe and beyond.

He was an icon that you were proud to tell your children to emulate. A consummate professional.

But his behaviour on Wednesday against Ireland smacked of all that is corrupt in the cynical world of professional sport. His deliberate double handling of the ball broke all the rules of the game. But it was compounded by his celebrations after Gallas scored and his lying immediately after the game when he stated that he didn’t know if he had touched the ball.

‘Sportsmanship’ was dealt a death blow by the whitest of all knights. Good has become evil. For Henry has given the green light to children and everyone else that the ‘ends justifies the means’. In a period when people are disgusted with the antics of politicians, priests, bankers, business leaders and top civil servants who preach of honesty, personal sacrifice and decency while milking the system for personal gain, we need true role models more than ever before. But the French captain has dashed our hopes that football is still a beautiful game played by heroes.

By his latest deeds and words, he wants us now to recognise lawbreaking as a virtue.

Of course the stance of FIFA has only reinforced this criminality. Their motto of ‘Fair Play’ was exposed as a facade when they seeded at the last minute the teams in the World Cup play-offs in order to ensure that the large wealthy countries secured an unfair advantage in getting through to the finals in South Africa. They lied too when they said that there was no precedent in re-staging the Ireland-France game. In 2005, they had the Bahrain – Uzbekistan match replayed due to a disputed penalty decision by the referee. However this time the world football governing body wants the money-generating galaxy of French stars to go forward at the expense of the minnows of Ireland.

Henry and FIFA together have shown that power and wealth take precedence in the world of sport just as is so often the case in the world of politics and business. Both have 'blood money' on their greedy hands. 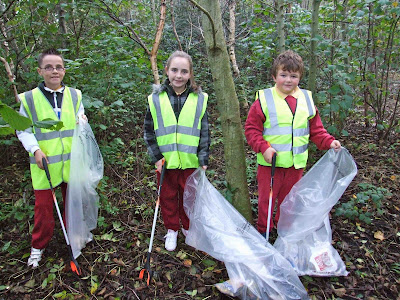 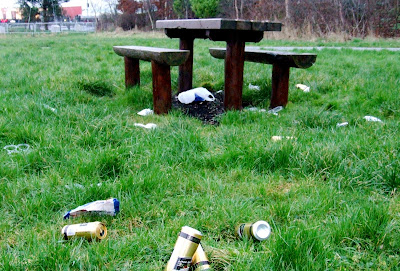 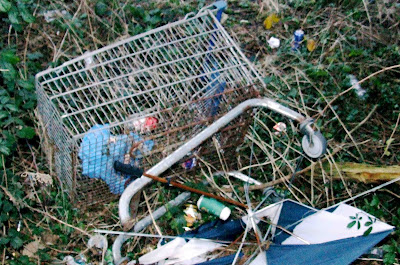 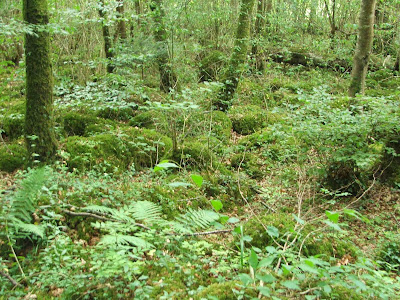 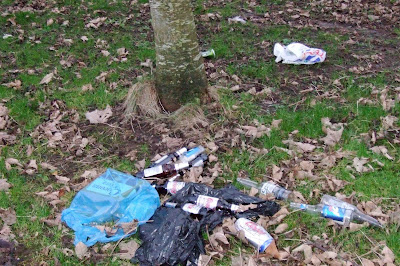 The Friends of the Forest are also continuing their three year lobbying of the Minister of the Environment to introduce a national refundable levy on all drink containers purchased at off-licences and other retail outlets. As discarded cans and bottles are probably the number one cause of litter in Ireland, a refundable levy would have a beneficial impact on our environment by providing an economic incentive for people to keep Irish parks, roads, and waterways clean.
Such a monetary pay-back scheme existed in Ireland until a few decades ago and is very successful today in other countries.
The monies saved could then be used to encourage greater public use of our wonderful green spaces by funding the provision of park wardens, regular outdoor family events and park facilities such as picnic areas, community gardens and eco-learning centres.
No comments: