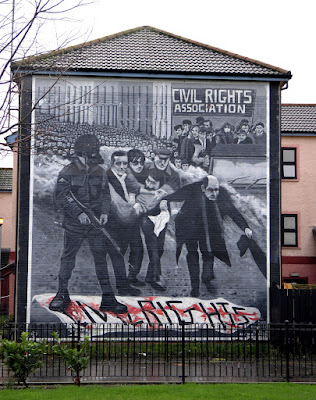 June 2010 was an historical month for Ireland & Britain. Truth and Justice finally won out over decades of state propaganda and blatant lies as a British government finally admitted that the 14 people killed in Derry by the British Army on Bloody Sunday 1972 were unarmed innocent civilians taking part in a Civil Rights march.

These findings totally contradict the statements of the British army and officialdom from the time of the killings onwards. Particularly scurrilous were the findings of the Widgery report published in April 1972 which was recognised at the time by independent minds as nothing more than a whitewash. For in spite of evidence to the contrary, Lord Widgery concluded that the soldiers were fired on first and blamed the marchers for participating in an illegal march (which was part of ongoing peaceful protests calling for an end to discrimination against Catholics in Unionist Protestant statelet of Northern Ireland).

Northern Ireland during the 'Troubles' (1969-1990s) was used by the British Army and the British secret services as a real laboratory for testing out methods, tactics and weapons that could be used someday to combat expected social unrest in Britain (and were to a degree used in mid-1980s in areas of British inner cities such as Brixton & Toxeth). Internment and non-jury courts were introduced. A series of miscarriages of justice took place where innocent Irish people were jailed for crimes that they did not commit. The most notable were the Guildford Ford and the Birmingham Six jailed in the 1970s and finally exonerated and released in 1991. (I played a humble and small part in this campaign, being chairperson in the laste 1980s of the West of Ireland 'Release the Birmingham 6 & Guildford 4' committee)

British forces, their agents and their loyalist allies also undertook a series of covert operations both in Northern Ireland and the Irish republic that included bank raids, shootings, secret assassinations, bombing, many of which were deliberately blamed on the IRA in an effort to discredit Irish civil rights activists and republicans. Some day the truth of the British establishment's secret and dirty war in Northern Ireland will be made known and published.

But in the meantime- Fair play to Prime Minister David Cameron for being the first British leader to apologise unequivocally over military crimes against civilians. Truly historical. 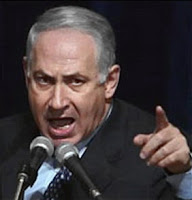 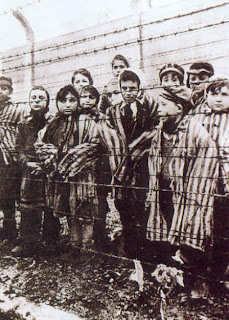 Cycling Across Beautiful Rural Landscapes of the city of Galway 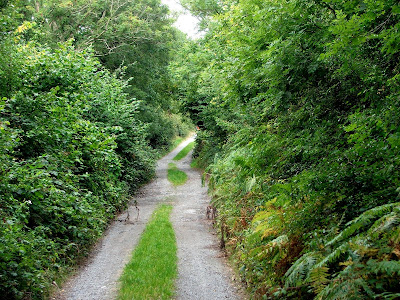 Every cloud has a silver lining. The sudden but inevitable demise of the building boom-based Celtic Tiger has meant that the greedy property speculators and so-called 'developers', supported by friends amongst the political and civil service hierarchy, thankfully did not have the time required to bulldoze all of the Irish countryside and cover it with tarmac and concrete! Hence there is still much to enjoy in our famed natural heritage even in the urban sprawl suburbia of Galway city. So once again, I am organising, as a joint Galway City Council/ Galway City Community Forum venture, a cycle tour of the stunning beautiful rural countryside of Galway City as part of Ireland's National Cycle Week. 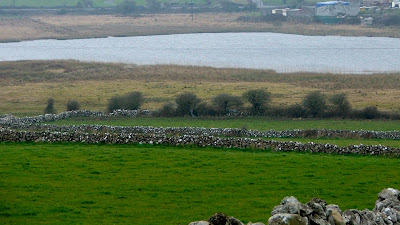 Entitled 'Off the Beaten Path' it will commence at 11am sharp on Sunday June 20th from the Centra Foodstore on Bóthar na Choiste, Headford Road.

The event will be a 4 hour leisurely cycle stroll through some of the most interesting historical scenic landscapes on the east side of the city. It will I hope be a journey of discovery for many of its participants. 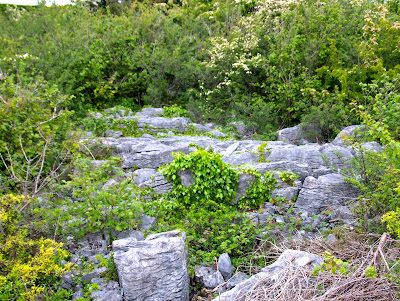 We will ignore the hustle and bustle of housing estates, shopping centres and highways.Instead we will travel along secondary roads to enjoy the sights and sounds of an increasingly threatened but none-the-less vibrant countryside dominated by small farms and natural features such as lakes and bogs.Commencing on Bóthar na Choiste (Irish = Coach Road), I will bring participants through townlands whose ancient names reflect the respect that Irish people once had for Nature -Ballinfoile (Town of the ridge), Ballindooley (Town of the black lake), Killoughter (High Wood), Menlo (Small Lake), Coolough (Hollow at the base of the cliff)... 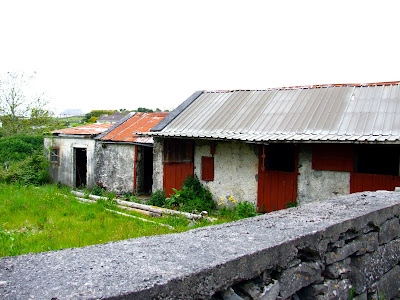 We will stop off in Menlo to enjoy a picnic along the banks of the River Corrib. 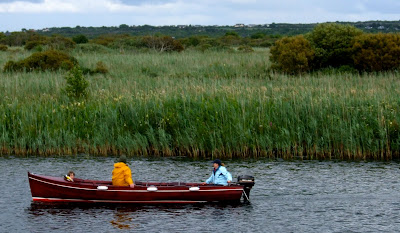 To liven the journey up, I will recount tales of headless horsemen, ancient battles, haunted ruins, tragic drownings, lost gardens and of the great forests and the once proud wolves that once roamed the area.

Though I have ongoing battles with City Hall over a myriad of community and environmental issues, nevertheless I can only heap praise on the city officials who contributed to the success of this event, particularly Cathy Joyce. 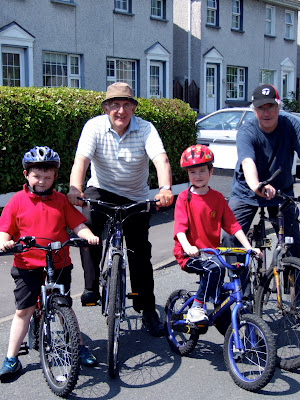 So I hope that Galwegians will take to their bicycles on Sun June 20th and enjoy the remaining vestiges of our once glorious natural environment, with its rich native flora and fauna
3 comments: