Iceland and Ireland Capture the Hearts of the World at Euro 16. 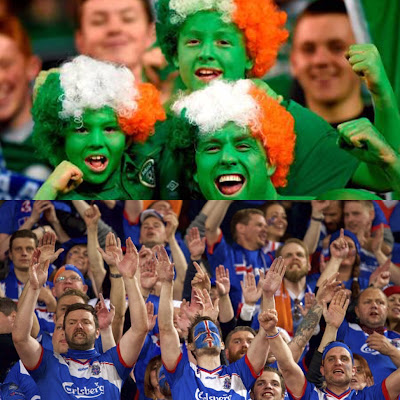 The fans of Iceland and Ireland truly made the experience of those watching and those attending Euro 2016 in France an enjoyable one. Their vibrant infectious presence and their kindness towards others saved the football championships from being hijacked by right wing racist nationalists from a number of countries who wanted to transform a celebration of sport into a bloody international battlefield. These thugs came to France hell bent on grabbing the world media’s headlines by unleashing a sense of fear amongst the crowds within the stadiums as well as a trail of destruction in the city centre’s of Marseilles, Lille, Saint-Étienne and elsewhere. The scenes of violence that filled television screens and newspapers would have been the abiding memory of Euro 2016 where it not for the happy smiling faces of the Irish and Icelanders fans, both male and female, both young and old, who made the event a festive occasion for all.
Of course fans from other countries also contributed to the festive atmosphere. Likewise the performance of other small nations such as Wales and Northern Ireland. But the Irish and Icelanders were something very special. The emotional collective singing of 'rebel ballads' by the Irish fans in stadia across France stirred the hearts of those listening. The knowledge that up to 10% of the Icelandic population traveled en-masse to France to support their team has earned the respect of everyone. Plus that eerie never-to-be-forgotten guttural chant of the players and fans at the end of the match against England- it was spellbinding, almost primeval. (Note: its origins are from Motherwell Scotland!).
As well as being a proud Irishman, I have fond memories of the years I spent living in Reykjavik and the friendships of Icelanders such as Margrét Valsdóttir and Gudrídur Haraldsdotttir. So I wish Iceland my very best in the match against France
No comments: 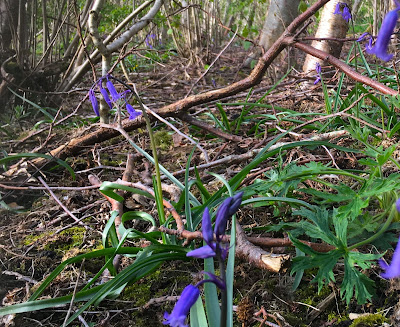 After the success of last year's major native wildflower 'meadow' project and the recent Wild Garlic planathon, the transformation of Terryland Forest Park into an urban biodiversity zone of multiple habitats continues this Saturday with the creation of a Bluebell Woods.
The efforts of volunteers in Terryland Forest Park is helping to reverse the serious decline of wildflowers in Ireland over the last 50 years which has impacted so negatively on our indigenous wildlife, from insects to mammals.
Many of Ireland’s native wildflowers face extinction due to pollution, invasive species, urbanization, loss of habitat and intensive commercial farming. The use of pesticides and herbicides in farming in order to increase specific crop yields has meant that wildflowers and pollinating insects such as bees and butterflies are being poisoned. Hence flora and fauna species are declining alarmingly and a countryside that was once populated with flowers representing all the colours of the rainbows, that throbbed to the sounds of a wide of variety bees and birds is sadly becoming a thing of the past.
Help undo this process and to save Ireland’s indigenous flowers and associated pollinating insects and bats. Under the expert tutelage of Padraic Keirns, Conservation Volunteers Galway and Conservation Volunteers Terryland Forest Park are once again teaming up to organise another major re-flowering within Terryland Forest Park. This time it will be in woods near the Quincenntennial Bridge.
Nearly 1,000 plants have again been collected for Saturday's 'plantahon' with the primary species being 'bluebell' as we continue to create thematic flora areas in certain locations within this 180 acres nature and farmland reserve.
So we ask you to please join us on this Saturday(July 2nd).
Rendezvous: 10am near the Curry's (Galway Retail Park) entrance to Terryland Forest Park.
Google Map link: http://bit.ly/1NE6S2o 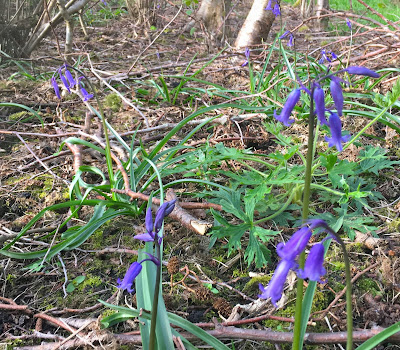