Community support cuts and the abolition of the Department of Communities, Gaeltacht and Rural Affairs will have devastating negative effects on urban neighbourhoods. 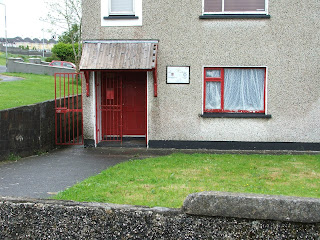 Due to EU directives there have been moves over the last decade by European governments to tackle high levels of social exclusion particularly in urban areas caused by decades of bad planning and developer-driven economics. The aim was to promote sustainability, integration and inclusivity. These policies are now threatened by An Bord Snip Nua which recommends huge cuts in community support programmes that defy all logic to those working with grassroots organisations and will promote rather than end ghettoisation, anti-social behaviour and social alienation.

Now that Ireland is experiencing the cold winds of mass unemployment caused by the economic meltdown, we need more rather than less policies designed to engage with people suffering from social disadvantage.

Providing young people in particular with meaningful state-supported jobs designed to help their neighbourhoods is a more productive alternative than the disillusionment of the dole both for the individual and for society.

It is interesting to note that the only government department recommended in the report for abolition is the Department of Communities, Gaeltacht and Rural Affairs. This stance betrays the moral and economic philosophy of the author and is sadly reminiscent of Margaret Thatcher when she famously said, “There is no such thing as society, there are individual men and women and there are families.”

The establishment of this government department a few years back was a belated recognition by the state that measures to combat endemic poverty and social exclusion for both rural and urban communities needed to be coordinated by a one-stop-shop central agency if we were to counter the negative impact of urban sprawl, the destruction of rural society caused by the collapse in the family farm infrastructure and if Ireland was to avoid the huge urban ghettoes and deep social divisions of other European countries such as Britain and France. The department’s Minister, Éamon Ó Cuív, is one of the few politicians in Dáil Éireann that has a strong ideological and practical understanding of the concept of ‘community’ in Ireland. While the department’s programmes such as RAPID are painfully slow in securing their objectives, nevertheless they are starting to made a difference in terms of regenerating areas by integrating the planning, investment and development available for local communities. Now years of hardwork by activists and officials could all go up in smoke.