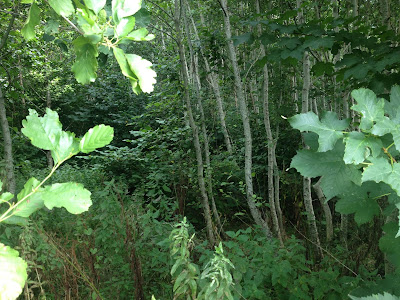 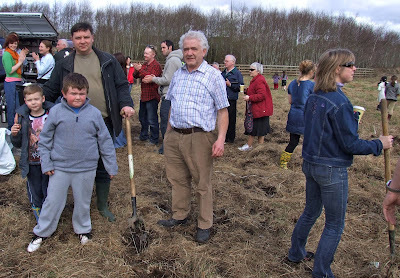 Below is a media release that was published also in today's Galway Advertiser:
Campaigners Welcome Council decision to appoint Fulltime Ground Staff to City’s Parks
Community and environmental campaigners have praised the decision of City Hall to establish a full time permanent grounds staff unit for Galway city’s three main parks. According to community veteran activist Brendan Smith, “We commend the recent decision of city management to have, for the first time, permanent on-the-ground staff in the three main forest parks (Cappagh, Merlin and Terryland). It is long overdue, is following the example of other Irish cities, and will hopefully led to considerable improvements in the infrastructure, upkeep and safety of our valuable green public resources that have the potential to beneficially improve the health and learning opportunities of children and adults, combat climate change and protect our increasingly threatened native biodiversity. It is a step in the right direction towards having park wardens. Last week I met with some of the members of this new unit and was immediately impressed with their enthusiasm and their programme of works, which has already started with a major resurfacing of the main pathways going through Terryland Forest Park. We agreed to reignite a two-way ongoing collaboration between council and the community that once existed towards our green spaces, in order to develop an agreed strategy that will hopefully make our parks once again the envy of the rest of the country. Last Sunday saw the first large-scale public tree planting in Galway city since 2013 when the staff of Aerogen and their families planted over 500 trees in Terryland Forest Park. This company has also recently funded the development in the Ballinfoile Community Organic Garden of the city’s first community tree nursery, which will become a valuable long-term resource for schools and neighbourhoods. On next Tuesday at 3pm there will be a meeting in the Coco Café of businesses and residents of Liosbaun being called by the Community Water Office and environmental activists that will seek to coordinate a volunteer Lunchtime Park Rangers unit to organise regular litter picks and eco projects in the same park. We hope that this initiative will become a template for other business parks across Galway to follow in protecting parks located adjacent to major workplaces.
No comments: