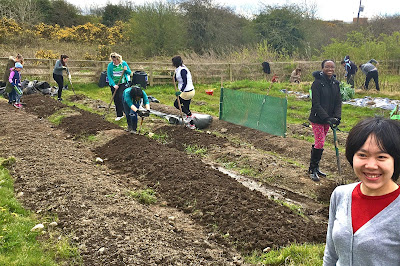 As well as the regular tasks that are undertaken in an organic garden such as weeding, sowing, pruning and repairing, the Ballinfoile Mór Community Organic Garden will this Saturday commence in laying the foundations of a large 16 meter long footpath designed in the shape of a Celtic Cross that will form a new pathway feature in this urban green facility. So lots of help is needed to create a structure that will give due recognition in a modern urban green setting to the cultural traditions of ancient Ireland and the Celtic people's strong affinity with Nature. The prominent 'Circle' in the Celtic Cross represents the 'Sun' whose different levels of light and heat though the four seasons of the year controlled their agricultural practices and associated annual communal festivals such as the Harvest Festival (Lughnasa), Samhain, Imbloc and Bealtaine. 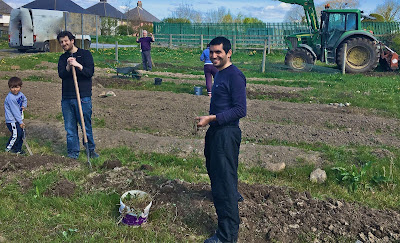 Hence we are appealing to as many volunteers as possible to come along at 11am on Saturday. At the end of the communal work, there is of course refreshments for all.
Google Maps location:
https://www.google.com/maps/d/edit?mid=zy2xJB2YGAaU.kvWEedMz4s8A&usp=sharing 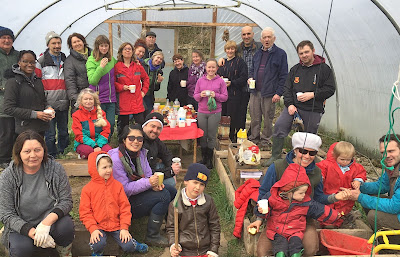 Working with An Garda Síochána on Internet Safety 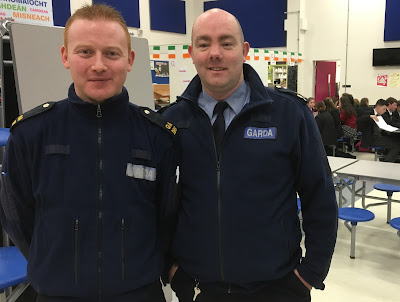 Over the last few years, I have spent a lot of time co-presenting workshops/talks with An Garda Síochána on Cyberbullying & Internet Safety to pupils, students, parents and teachers in primary and post-primary schools.
Having the Garda present at these events has reinforced the importance of this issue to the participants. Their understandable knowledge of the relevant legislation, their status as officers of the law and their first-hand experience of both victims and perpetrators of cyberbullying has proved invaluable in highlighting this growing problem within modern society particularly amongst young people.

Over the last few weeks, I have visited second level schools such as Galway Community College and Colaiste Bháile Chláir with Garda Marcus and Alan who are two of the most conscientious public servants that I have ever meet. They personify all of the positive societal attitudes that police enforcement agencies are meant to represent, namely to protect the vulnerable and to promote the common good.
No comments: 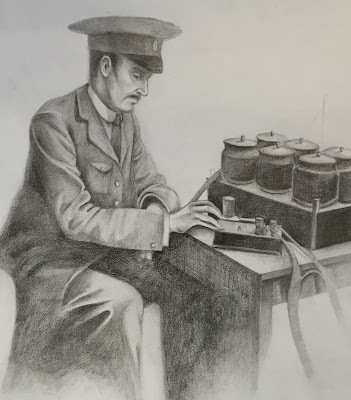