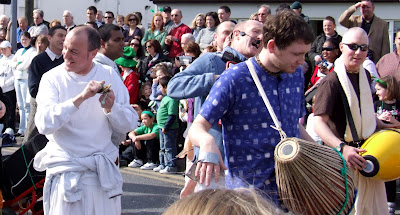 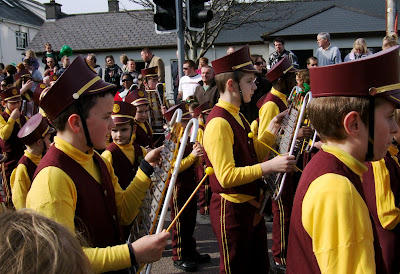 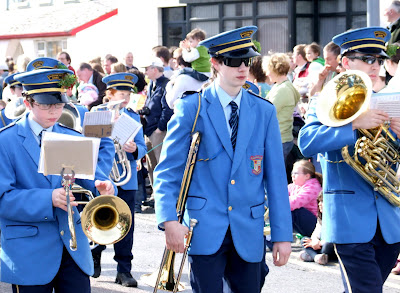 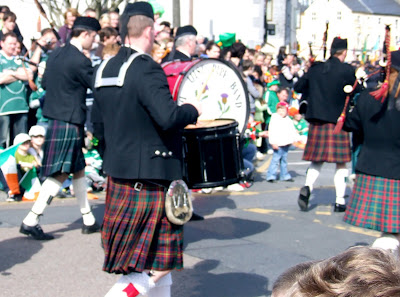 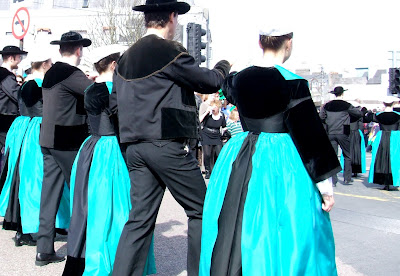 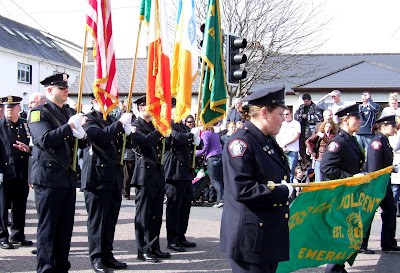 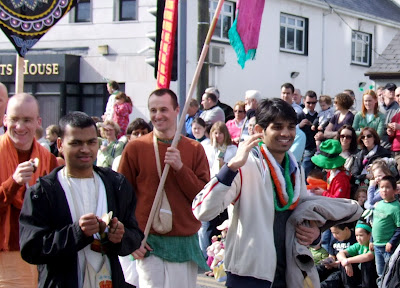 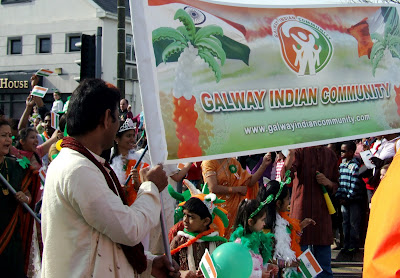 letter on this issue to the Mayor and Manager of Galway City. I also requested them to consider henceforth sending invitations to representatives of local schools, community and voluntary groups to fill the many empty seats noticeable in this year’s Review Stand as well as to lobby for the closure of the off-licences on 17 March. The public displays of urination, vomiting and verbal harassment, particularly from under-age drinkers on our streets and in our parks after the parade last Tuesday, was a frightening experience for families and others endeavouring to enjoy our national holiday.
13 comments:

The Renewed Enslavment of Women 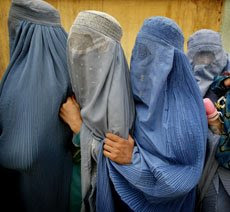 Today on International Women's Day, it is sad to reflect on how little progress has been made on women's right.
If treatment of women was the litmus test of civilisation, then most countries would be judged barbaric.
Across the world, women are still denied political and economic status equal to that of men even though they do must of the work. On a domestic level, the cooking of food, the cleaning of a home, the nurturing and education of children, the paying of household bills, the provision of male entertainment and the sourcing/manufacturing of clothing is still the prerogative of the female.
But in the increasingly fundamentalist societies of Islamic Asia and Africa such as Sudan, Iraq, Saudi Arabia, Palestine, Pakistan and Afghanistan the re-appearance of Sharia Law has meant that women are experiencing renewed oppression, being denied basic human rights such as education, travel and free association. Women are now being purged from hospitals, offices and schools in countries such as Iraq where until recently they were well represented. Males are using them the scapegoat for the ills of society as exemplified by the upsurge in so-called 'Honour-Killing', a horrible symbol of male dominance. For a female to walk the street with her hair uncovered or unaccompanied by a male relative now runs the risk of death.
Though it has to be said that many courageous women are fighting against this renewed onslaught by religious chauvinism. In Iran, the women's movement is probably the largest mass movement of opposition in the country. Likewise in Pakistan, professional women are leading the battle against government proposals to accept Sharia Law in the border tribal areas.
In the process they are becoming invisible beings, faceless, with no identity forced to obey all the whims of their male masters.
In areas of the world where Aids is rife, sex with a female virgin is often viewed as a cure for the disease.

But in the so-called developed world, the 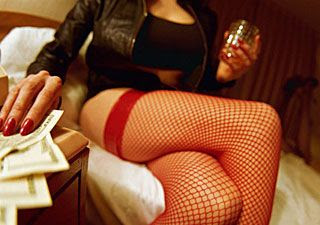 situation is some instances is even worse with females experiencing unprecedented exploitation and slavery.
There is an explosion in exploitative pornography fueled by the Internet, the collapse of the Soviet Union and the ease in restrictions travelling between European countries.
Over the last two decades, Western Europe, North America and Turkey are the main destination for millions of young women from Eastern Europe, Latin America, Asia and Africa who have been kidnapped, imprisoned, tortured, drugged and gang-raped often bey their own male compatriots before being sold and enslaved as prostitutes to led a life of servitude servicing the sexual desires of mainly rich white men. Thousands of these torture camps dot the landscapes of Britain, Ireland, France, Germany, Italy and the USA.
Governments do little to stem the flow or punish the pimps and the human traffickers.
The working life of a prostitute is light years away from the romantic image portrayed by Julia Roberts in 'Pretty Women'.

In Ireland, in spite of the fact that our President and Deputy Prime Minister have been females for decades, few women hold positions of power in the business and academic boardrooms.
Galway University where I work is often considered to be a vanguard in liberal values. However only 6% of professors are female which is the lowest representation in the Irish third level sector.

Yet it was not always like this. I am proud to state that in ancient Celtic Ireland women were often leaders and well represented in sectors that were considered male only preserves in other societies. Click here to read my previous article on 'St. Brigit and the Remarkable Power of Irish Celtic Women.
No comments: