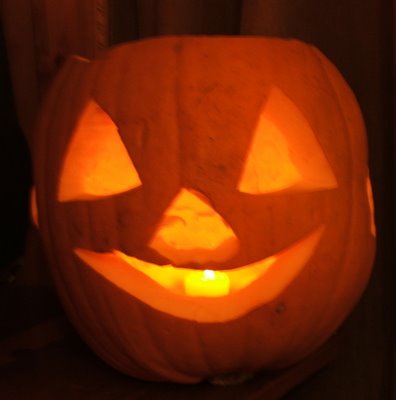 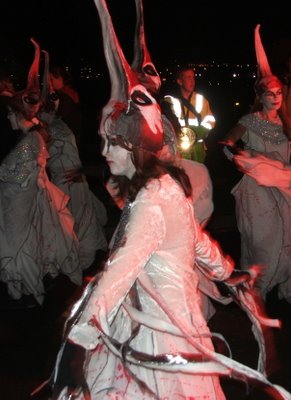 But it was also a time when creatures from the supernatural world could enter into the world of mortals. 'Fairies' and the spirits of the dead would walk the earth. Many of these beings were benevolent and the spirits of dead ancestors; so families laid out extra food and set aside a table space for their ghostly visitors. Hence the modern Halloween custom of children dressing up as ghouls and witches, calling door-to-door and receiving presents of apples and nuts when they called. (Such fruits were common in Ireland).
But there were spirits that came on the night of Samhain that were malevolent. Candles were placed in skulls at the entrance to dwellings as light was feared by these dark foreboding creatures. This protection against evil became transformed in modern times into the positioning of pumpkins with carved out faces and internal candles at windows
and doorways.
Irish Bring Halloween to USA
The Irish & Scottish emigrants of the nineteenth century introduced Halloween and its rituals to America. Within a few decades, the festival was transformed into the fun and games event of today.
(Photos from Macnas' Halloween youth parade, Ballinfoile, Galway City)