We Need to Teach Our Children How to Programme! 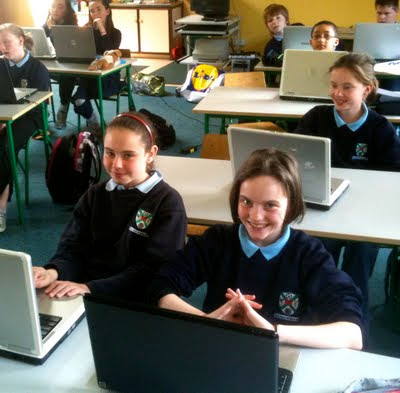 I have just completed teaching a pilot series of Scratch programming courses in primary schools in Galway and Mayo. I found this work, both on a professional and personal level, extremely fulfilling. For I believe that I am part of a process that is helping to provide skills to children that could help them and the nation secure a long-term future.

This teaching complimented the pioneering work that my university Institute colleagues Laura Dragan and Pierre Ludwick were doing on C++ programming with second-level students.

Note: Most schools that we worked with understandably did not have enough computers to allow the ideal ratio of one/two participants per computer for the Scratch sessions. So we asked schools to write to parents requesting that their child could each week have use of the family laptop (should they have one) in the classroom for the course days.

This initiative was in most cases surprisingly successful. 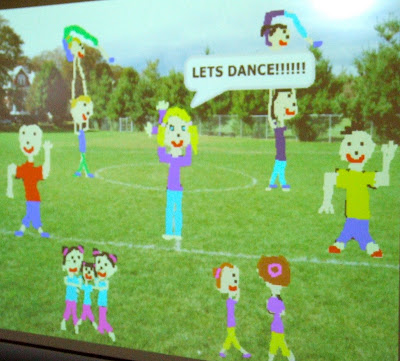 Scratch is a wonderful programming language developed by the MIT Media Lab in the United States that makes it easy for users to create their own interactive stories, animations, games, music, art and to share these creations on the web. 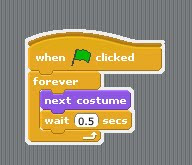 It has a simple structure that is based around snapping together visual blocks of computer code that control sound, music and images. Hence it is ideally suited for children as it compliments the artistic elements of the primary school curriculum allowing users to bring their artistic skills into a new digital dimension to create computer games, animations and stories.

The kids I taught were infatuated with Scratch and took to it like ducks to water, creating the most amazing animations and interactive games. 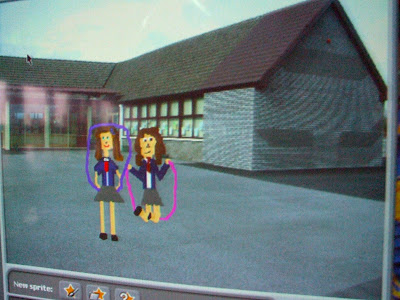 Computer Programming Should be a Life Skill for All Children

However it is unbelievable to realise that, when the basis of government economic policy is to create a Knowledge Society, computer coding is not part of the Irish primary or post-primary educational curriculum. Instead schools can only offer the official primitive low-level and out-of-date courses based around teaching students how to use office application software such as word processing and spreadsheets.

It would be funny if it was not so serious to the future of the nation. Of course progressive principals and teachers do offer coding modules. But a few far-sighted individuals in a few schools is not enough. Programming should be a life skill taught to all children. Not providing it in mainstream education is a fundamental flaw that will seriously undermine the chances of building a Smart Economy, which we need if we are to take on the challenges of the 21st century, when the shift of economic power in the Global Village is moving inexorably towards eastern Asia.

Of course, the schools will need extra staffing and resources to allow this to happen which means extra state investment. This may seem illogical to some in an era of financial constraints and when educational budgets are been cut.

But we have no choice if we are want to secure a future for our people.

The new Minister for Education, Ruairi Quinn, seems to have a more open attitude towards educational reform than his predecessors. So I intend to organise a cross party delegation of experts to meet with him on this issue of programming in schools. 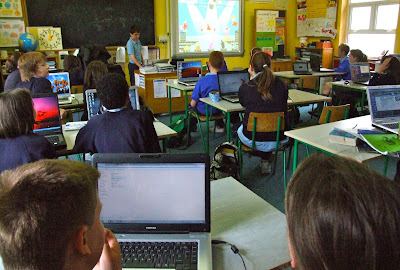 Like Finland and other visionary countries, we need to invest and to exploit in a sustainable way our own natural resources (human as well as physical) that will allow us to create world class skill-sets and markets. In the case of Ireland, it could be renewable energies (wave and wind), organic agriculture and eco/heritage tourism.

Then there are the bio-medical and information technologies. 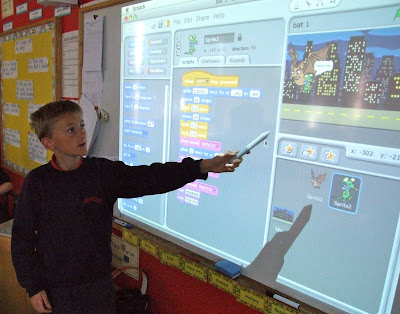 Building the Foundations of a Knowledge Economy in Ireland

Throughout the history of mankind, technology has defined our progress. Today Science and Technology research is more important than ever to the national interest. It is needed to attract in outside investment resulting in a growing demand for engineering and computer science graduates as leading IT companies from online gaming to social networking establish major operations in Ireland.

Already we have a number of important advantages. For instance, Ireland is second only to California's Silicon Valley as a world centre of influential technology companies (e.g. 7 of the top 10 Information Communications corporations such as Facebook, Google, IBM, Hewlett-Packard, Intel and Alcatel are located here). Many of these businesses have major R & D operations here.

I work in the state-funded Digital Enterprise Research Institute (DERI) at Galway University (NUI Galway) which is one of the world's leading international Web Science research institutes, particularly in the area of the Semantic Web. DERI's vision is to lay the foundations for a Semantic Galway Bay, a world class technological powerhouse of businesses, built around the institute’s scientific expertise. It is aiding in the creation of critical new jobs, products and services needed for transforming Ireland into a competitive knowledge economy. It could therefore become the equivalent of a Stanford University providing the brainpower to an Irish version of Silicon Valley.

But there is a dire shortage of computer science graduates in the country. One reason is that until the demise of the Celtic Tiger, there was a tendency amongst young people to pursue careers within the ‘safe’ sectors (legal, accountancy, property, banking and administration) rather than go for the more demanding areas such as in science, engineering, crafts and agriculture.

As with the heavy labour jobs, we imported people to undertake these creative professions as we started to quickly lose the ability to make things. 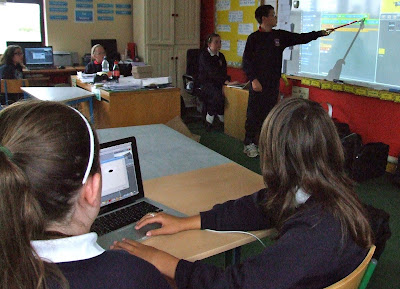 In the short term, schools can call on mentors from the third level sector (such as DERI), from the private sector through companies such as Medtronic who operate ambitious corporate social responsibility charters and from educational bodies such as the Galway Education Centre who coordinate partnership science support programmes.

Below is an article of mine on this subject that appeared recently in the Galway City Tribune newspaper: 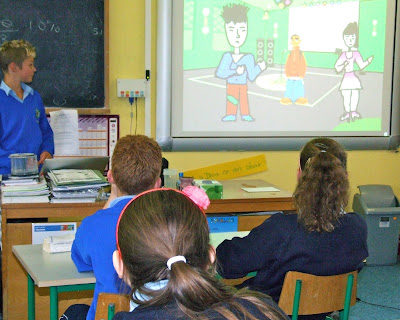 “Volunteer mentors at the Digital Enterprise Research Institute (DERI), an internationally acclaimed centre of web science research, have just completed tutoring on a three month after-school pilot programming course at St. Mary’s College Galway city”, according to its Outreach Officer, Brendan Smith. “The institute is also providing similar courses to primary schools in counties Mayo and Galway. The young participants in our classes are enjoying the fact they are able for the first time to write their very own games and other programmes. They are becoming creators rather than just users of software. Whilst these activities are outside the Irish educational curriculum, nevertheless, we feel this type of learning is essential and must become mainstream if Ireland is to carve out for itself a sustainable technology niche that will hold onto existing internationally renowned software manufacturing enterprises, attract in even more global leaders in this sector as well as in fostering a self-perpetuating indigenous Irish corps of innovators, entrepreneurs, engineers and companies in such areas as ‘Cloud Technology’ and online ents gaming.

Our Young People Need to Learn how to Make Things

rather than just Use Things

“When microcomputers such as Sinclairs, BBCs and Apple 11s were first introduced into Irish schools during the nineteenth eighties, children had to write their own programmes as there were few affordable applications available. Sadly this ability to be taught how to make things in IT classes has

been replaced in the intervening decades by a policy of teaching pupils to use applications such as word-processing and databases. Whilst this is a laudable exercise, nevertheless we must re-educate our young people in the lost art of computer coding. In literary parlance, we have become a nation of readers rather than of writers.

“We are very happy with the way that the primary and post primary students and teachers have responded to our introductory classes over the last few months. In partnership with the Galway Education Centre and other stakeholders, we intend to roll out courses in programming to twenty schools over the next year. We will also be promoting the setting up of an inter-schools’ Computer Students’ Club and encouraging participants to draw inspiration from visits to Ireland’s only Communications and Computer Museum that is based at DERI and co-organised with eGalway.”

I think Scratch looks like a great tool. I've a 4 year old who likes messing about with it, making sprites make noises and move, very simple stuff

Did you have a structure/curriclulum that you followed to get the basics across or did you just let them play about with it and learn by trial and error?

Many thanks for your comment.
I provide class notes on Scratch and follow a structured programme. But I allow great flexibility to participants and allow them to be creative, to experiment and try out different approaches on their assigned projects

Hi Brendan. Very interesting article. I am planning on doing Scratch with my class (4th) this comming term. I would love to get a copy of your class notes if possible. Also if you have any tips, I'd love to hear them.I worked in IT for many years before becomming a teacher. I am really looking forward to doing this with the kids. We have 1 PC between two so it will be a challenge but as you said in your article we need to get the children thinking about what's under the covers and not have them simply "using IT".

Greetings MKC.
Many thanks for your comment on my article regarding the necessity of teaching computer programming in Irish schools and your decision to do so with your own class. That is great news & well done! However, you have provided me with no contact details for your goodself! Please do so.
Míle buíochas agus Athbhlian Nua faoi Mhaise

It may seem easy to stack blocks using commands such as "move 10 steps" or "turn 15 degrees," but kids can quickly learn valuable programming concepts like loops and conditionals. Not bad as a start to become an expert in the future.