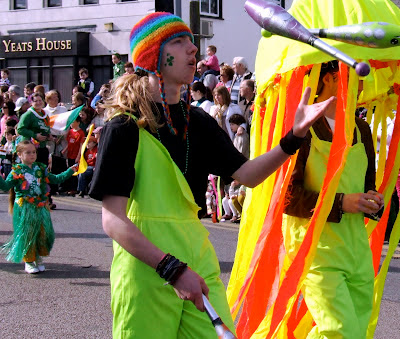 Thanks to the vision and energies of this year's organiser Caroline McDonagh aided by artistic coordinator Jen Hesnan, the St. Patrick Day's Parade 2012 will have for the first time a distinctive eco-Green and Community ethos as well as an even stronger more flamboyant artistic dimension. 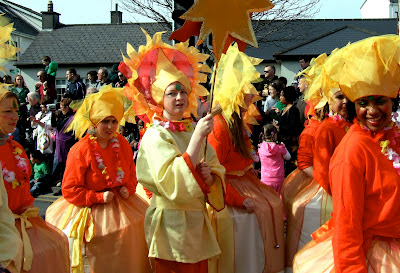 It will also include an increased traditional Gaelic cultural presence as expressed in dance, music and story, an element which had almost disappeared from the event over the last decade. (See previous article here). This was so disappointing as it was like having a Brazilian Mardi Gras carnival without including Salsa. 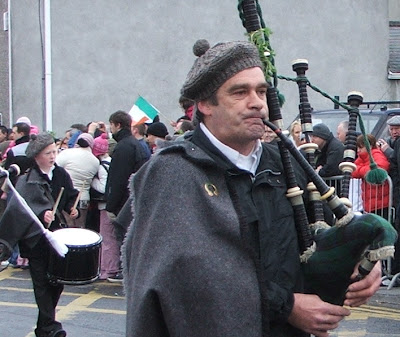 This Celtic ambiance will wonderfully complement the cosmopolitan mix of multi-ethnic traditions that will also be participating which will give due recognition to the population diversity of modern Ireland. 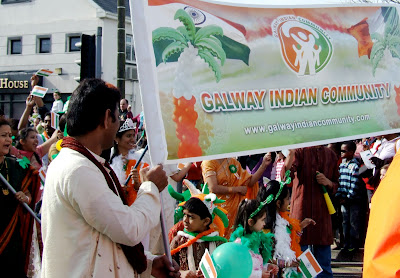 In advance of Saturday's parade, the stunning Notre Dame University Marching Band complete with their enthusiastic cheerleaders will be thrilling crowds in the city centre on Thursday March 15th. Known as 'The Fighting Irish', they are one of the very best football bands in the United States. 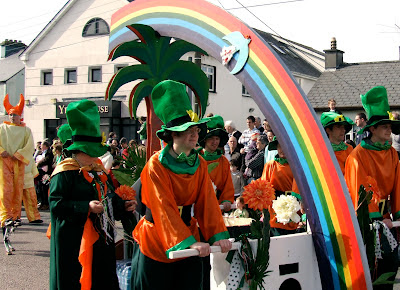 Over the last few months, Caroline has sent out the call  to neighbourhood, resident, youth, community and environmental groups to participate in Ireland's National Day of Celebration. 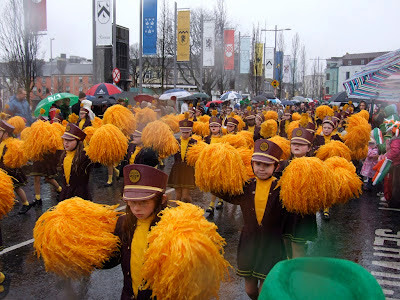 The community of the Ballinfoile Mór locality has accepted her challenge and has four groups participating.
As well as having one the city's most colourful musical band on the parade, Scoil San Phroinsias will also feature the junior pupils dressed up as giant vegetables and fruits. 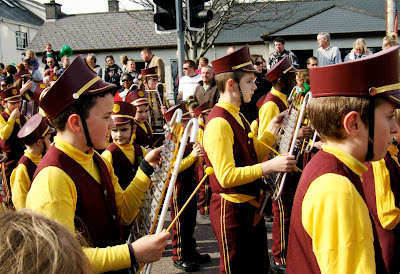 The fourth year students of Scoil Bhride Menlo will present a moving forest. 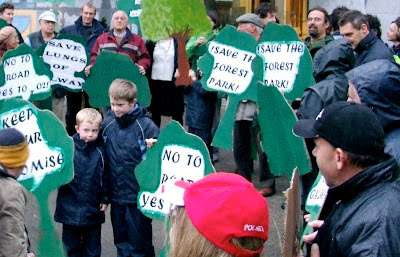 There will be a final meeting of volunteers at 7pm on Friday March 16th in the Cumann na bhFear premisses at Unit 1B in the Sandy Road Business Park to complete the floats and costumes for both the Ballinfoile Mór Community Organic Garden and the Cumann na bhFear (Men’s Shed Movement) for the St. Patrick’s Day Parade. 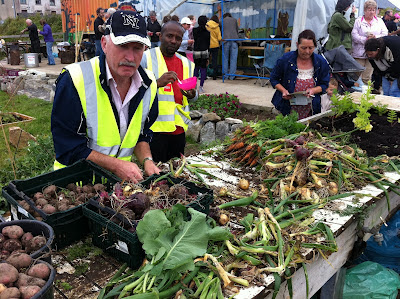 Everyone is invited! It is important that supporters of both groups work together to ensure that we have a prominent role in these eco-community festivities .
Over the last year, the community-based activities of the garden and the Men’s Shed have served as role models for other neighborhoods and residents groups to emulate.

So let us continue to inspire others by having a good presence in the parade! 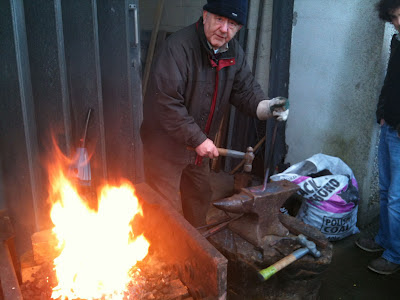 Hence, more than anything else, we need the maximum number of people marching in this parade. Imagine the sight of an army of urban gardeners dressed in straw hats armed with wheelbarrows, spades and rakes accompanied by a working Blacksmith's Forge (on a float), with locally-constructed bee hives and  repaired farm implements being carried along by the Men’s Shed group walking and cycling together through the streets of Galway being watched by tens of thousands of Galwegians and visitors as well as millions across the world!! 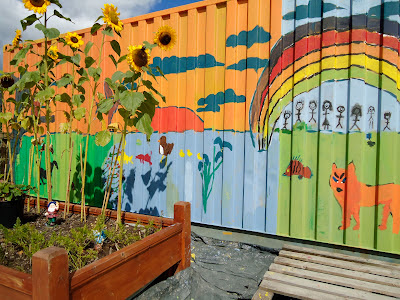 So we are asking all lovers of local communities and the environment to make every effort to attend tomorrow’ meeting. Bring along friends and family and pass the word around! 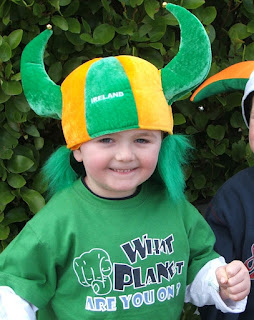 The more participation we get the better for all! 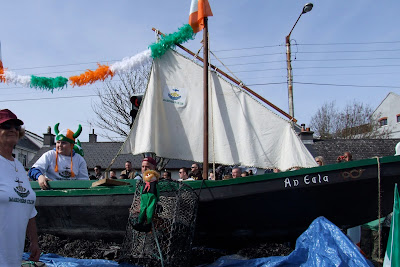