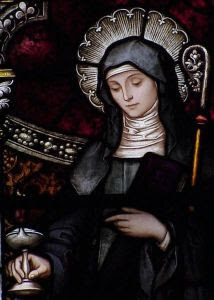 Thanks Brendan for being so informative - v sad the end section, do terrible events like that heal over time, or do they need to be addressed and apologised for ? Can we evolve without atonement ? Or are the recent decades of female re-empowerment marred by a conformity to established 'values' ?
thanks,
Peter (wonderfeel)

This is very interesting. Thanks for a great article. I can't tell if my comments are actually being sent to your server since comment moderation is enabled on this site. Did you receive my last comment? Thanks

Yes Rachel. I posted your other comment to my article on the 'Non-Origins of all things Irish'. Thanks!

Nice blog. One note, Boudicca (Boadicea ) most likely does not derive from Bó, meaning Cow. The famous Celtic Scholar, Kenneth Jackson concluded, based on later development of Welsh and Irish, that it derives from the Proto-Celtic feminine adjective *boudīka, "victorious", derived from the Celtic word *bouda, "victory" (cf. Irish bua (Classical Irish buadh), Buaidheach, Welsh buddugoliaeth). In other words, she was the first British Queen we know of named "Victoria."