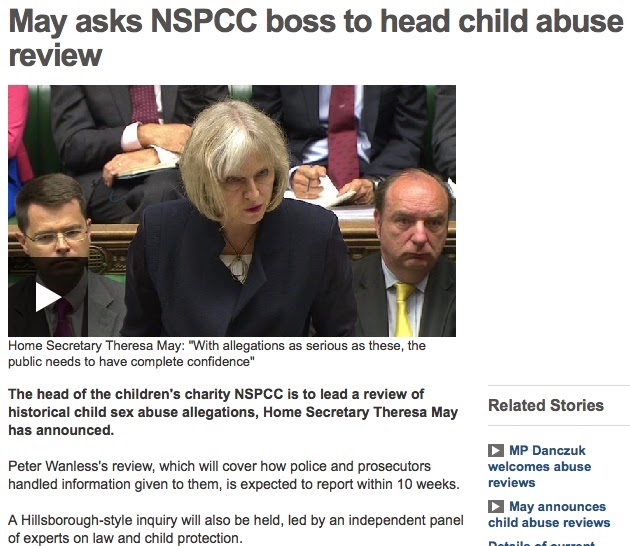 There is no doubt that the political establishment in Britain for decades covered up extensive immoral, anti-democratic and criminal activities that victimised amongst others Irish republicans, British and Latin American left wing activists, environmentalists and now we discover children.
The establishment consists of the higher echelons of the judiciary, police, politicians and civil servants. It was announced today by Teresa May that an investigation will look into the accusations of a high level cover-up over the child abuse element.
But sadly as we know from painful and expensive experience in Ireland investigations, namely tribunals, have achieved little in terms of justice. Denis O'Brien for instance survived the damning conclusions of the Moriarty Tribunal that went to the core of corruption of the Irish parliamentary system