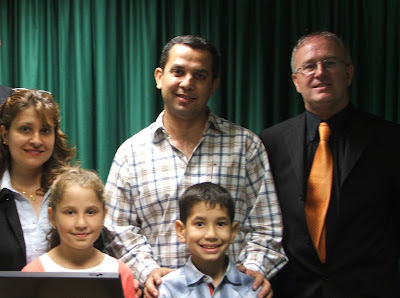 Photo shows Huda and Adil Jafar with their 2 children, Lina and Mohammed with my goodself (extreme fight) at an Outreach event in DERI at Galway University, July 2006.
Two dear friends of mine Huda Jafer and Adil Jaber, who escaped in 2005 from the cauldron of death that is post Sadaam Baghdad, departed Galway this week to start a new life in Dublin. Though I wish them well, they will be sadly missed by so many of us.
Their presence in our city lasted a year. But like a brilliant comet, they lighted up the lives of everyone that worked with them during their brief sojourn.
Adil Jaber & Huda Jafer arrived in Ireland with their 2 young children from Iraq seeking sanctuary. They never expected or wanted to leave the county of their birth. But as a mixed (Sunni/Shia) marriage couple people working within the medical profession in Baghdad, their lives became increasingly at risk as the security situation dramatically deteriorated from early 2004. Forced to leave behind friends, extended family members, their home and their livelihood, they ended up as asylum seekers in an alien land (Ireland) with a limited knowledge of its language and culture. Their presence in Ireland is a terrible indictment of the failure of America's policies in Iraq and in the world generally.
Yet in spite of all their sufferings, Adil and Huda enthusiastically and unselfishly got involved in improving the lives of their fellow residents staying at the Eglinton Hotel Asylum Seekers Centre. 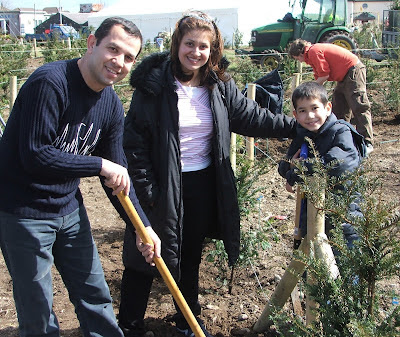 They helped me in setting up and maintain the structure of an innovative in-house ‘Web Café’ for residents and acted as coordinator for many of the extra-curricular tours and social, recreational and educational programmes that started to be organised.
They also got involved in community events outside the Centre as exemplified by the photo on the left that shows them planting native Irish Yew trees at a community Spring planting in Galway city.
Thanks to their dedication and sheer hard work, they have helped empower so many Galway-based asylum seekers and encouraged them to use their individual talents and skills to overcome or at least lessen the pain and anguish that they have encountered.
The couple are living embodiments of the goodness that can exist in humanity. 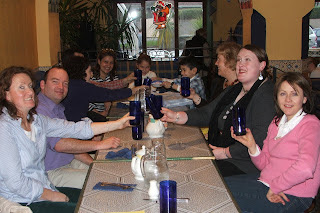 They have touched the lives of those around them; have put smiles back on the faces of those who have suffered so much personal trauma and have inspired so many of us who work on humanitarian and community issues to strife even harder.
The asylum seeker support staff and volunteers such as myself got together a few days before Christmas and invited them out to lunch where we presented them with a small token of our appreciation.
I never met angels until I met Adil and Huda. Slán agus Beannacht, mo chairde.

Thanks alot, I really miss you