Why is the United States of America Hated So Much? 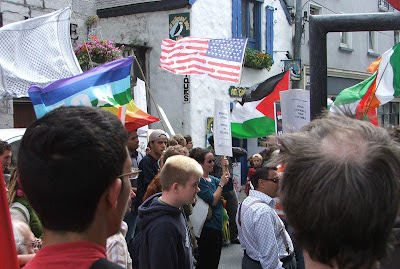 Anti-War Protest, Galway 2006
The nation that has defined so much of the world for the last 100 years has never been so despised.
Why is that so many of us that have fond memories of working in the United States, that use American products daily, are life-long fans of the country's technological achievements, listen avidly to American-inspired pop music, have an insatiable appetite for American television programmes & Hollywood movies, pander without any hesitation to U.S. fashion, espouse its inherent political ideology of "life, liberty, equality and the pursuit of happiness", yet still possess a deep and growing hatred of its political presence on the world stage?

The answer is simple- The policies of the United States, particularly its environmental and foreign activities, are arrogant, selfish, hypocritical, militaristic and smack of a new type of imperialism that is dramatically escalating under the present regime of George Bush and is leading the world on a path of global self-destruction.
The White House now views the planet as something to be used and abused to serve the the greed and selfish interests of Corporate America. In doing so, it has given the green light to the Russian, Chinese, Israeli, Indian and a host of other governments to follow suit and abuse human rights, implement state terrorism and rape the environment. 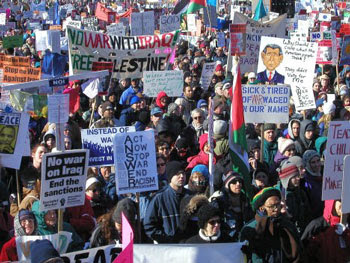 Many American's are starting to hate America. All the hate that's crawling out of the woods ever since we elected our first black president is enough to make you want to move to a CIVIL country!