University students, farmers, environmental campaigners, city residents, cycling advocates, heritage groups, local authority officials and politicians are joining forces to develop an ambitious network of ‘Greenways’ that will link up castles on the east side of Galway city with historical mansions and castles in the north and east of the county.
Community & Environmental Efforts Finally Bearing Fruit
After years of campaigning and activity, the combined efforts of the Friends of Galway's Forests, Castlegar Connect, the Terryland Forest Park committee, the Off the Beaten Track heritage cycle scheme, visionary  local authority officials (Marie Mannion, Rosie Webb, Cathy Joyce, Sharon Carroll, Stephen Walsh) and one lone city councillor Frank Fahy are finally starting to bear fruit as Galway may yet benefit from a network of pedestrian and cycle trails to rival that of Kerry, Wicklow, Scotland and rural England.
Such an initiative could become be the most important eco initiative in Galway city for decades and will help in securing the future of the Terryland Forest Park and in supporting the growth of the community organic garden movement in the city.

It is envisaged that this exciting community-based initiative under the working title of Slí na gCaisleán (‘The Way of the Castles’), supported by both councils in Galway city and county, could give a whole new dimension to local tourism by providing a wonderful network of scenic pedestrian and cycling trails that will commence at Terryland Castle, continue on through the Terryland Forest Park to Castlegar Castle with one route branching off towards Menlo Castle. An alternative route will wind its way through Carrowbrowne Bog towards Cloonacauneen Castle.
This trail will connect into an old right of way that  linked Castlegar Church to the Ballybrit Race Course. Known as the Castlegar Mass Path, it is presently been developed and maintained by residents in Parkmore and Ballybrit as well as the Castlegar Connect NGO.  A mosaic of ancient ancient tracks known as botharíns exist all across the country that local people are finally becoming aware off once again after decades of non-use due to modern society's over reliance of cars and main roads.


There are plans to develop links to Claregalway Castle, with further routes over time going into the heartlands of north and east Galway county.


May 12th: Volunteers Needed for Repair Work on Old Bog Road in Carrowbrowne
An important step in making this ambitious city-county Greenway a reality will take place on Saturday May 12th when volunteers will gather together at 11.30am beside the Carrowbrowne graveyard before commencing the re-surfacing and cleaning up of a lovely old bog road. This event is being coordinated by Conservation Volunteers Terryland Forest Park and environs with city councillor Frank Fahy who has secured the support of local land-owners and has led similar clean-ups in the area over the last year. Participants include NUIG business students operating under the ‘CKI Alive’ programme as well as conservationists and local residents. The students are particularly interested in developing the community and tourism aspects of the Greenways. Everyone is welcomed to participate in this conservation work.


Galway's Green Heroes
For the event, members of the Ballinfoile Cumann na bhFhear (Men’s Shed) under the guidance of Michael Tiernan are making replicas of special traditional implements ('grabbers) used in bogs in bygone days to remove vegetation and debris from water channels.

Different organisations are involved in different tasks at different stages along the route including Conservation Volunteers Terryland Forest, Galway Civic Trust, Castlegar Connect, VEC, Cumann na bhFear and the Ballinfoile Mór Community Organic Garden. Within Galway City Council, we are supported by Cathy Joyce of the GTU and Stephen Walsh at City Parks whilst Rosie Webb is the senior official responsible for designing the city’s Greenways network.


Marie Mannion, in her capacity as Heritage Officer of Galway County Council and prime mover behind the ‘Golden Mile’ projects, is providing much needed inspiration, professional expertise and guidance. Plus of course the redoubtable Councillor Frank Fahy!

May 20th: Launch of  'Off the Beaten Track' Cycle Heritage Route for Carrowbrowne
On Sunday May 20th, an “Off the Beaten Track” heritage cycle tour will go through the enhanced Carrowbrowne Bog to celebrate the work of the volunteers on the previous weekend. Starting at 11am from the Centra Foodstore on Bóthar an Chóiste, it will include a stop-over for hostelry refreshments at Cloonacauneen Castle. 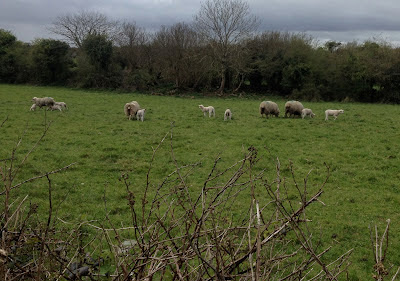 These trails will open up an oftentimes hidden side of Galway city to both tourist and locals alike who, by taking to the bike or by walking, will enjoy a fascinating landscape of ancient castles, hedgerows, farmlands natural beauty and rich biodiversity that commence only a few minutes from the hustle and bustle of the city’s streets. See previous articles on
Ballinfoile Mór Community Organic Garden - bringing healthy food & biodiversity to an urban area
Cumann an bhFear (Men's Shed) - a men's movement in Galway city that encourages men from all walks of life to help each other to learn and/or teach skills, particularly traditional Irish crafts and skills that can benefit themselves and the wider community.
Off the Beaten Track - guided heritage cycle tours through the picturesque rural landscapes of Galway city, landscapes that are unknown to the majority of the urban population. 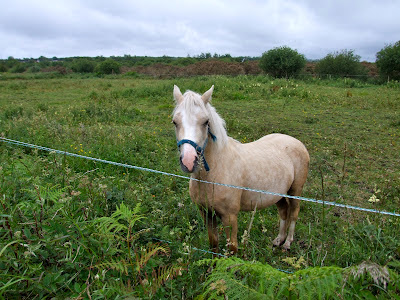 This is an incrediable project which you all have undertaken.
I applaud the efforts and vision of everyone involved. I hope you have a great day on the 20th "off the beaten track. On this occasion
due to my son's communion i can not participate, whoever I look forward to future opportunities to do so. I would also be delighted to volunteer for future clean-ups.
thanks for the inspiration

Where have all the hedgegrows gone ?
What has become of our landscape,
bereft of it's hedgegrows,by man.
those left behind have been manicured,
just to fit in with their plan.
our hedgegrows are such a part of the scenery,
so I wonder what man has accomplished,
by desecrating the beauty at hand.
Our hedgegrows are not just boundaries,
though they serve this purpose by man
they are teeming with all kinds of wildlife,
fruits to make jelly and jam.
They give shelter to beautiful birds,
they provide food also
It's a tragedy of man's progress
that these hedgegrows, must go.
the songbirds sing out from the hedgegrow,
the bees pass on a musical wing,
rabbits make homes in their bosom,
where primroses bloom in the spring.
in springtime they are a haven,
for birds as they feather their nest
each one an example to mankind
their architecture could stand any test.
In summer they are adorned with blossom,
the hawthorn, blackthorn and rose
the lilac, the gorse and the fuchsia
give scent to the breeze as it blows
in autumn they shine in their glory
bedecked with most colourful leaves
with nuts,crabapples and berries
all strewn with sycamore keys
as Autumn yealds to the winter
their beauty all is not lost
there are still rustic leaves and berries,
whose tenacity has outwitted the frost
Their gorse is fastooned by the spiders
whose gossamer webs create such a show
as they wait in anticipation
soon to be covered in snow.
What if our hedgegrows should vanish,
lets hope that day is never in sight
that man may realize his destruction
before its too late, to put right.

OMG Mary. That poem on hedgerows is so beautiful, so passionate, so joie de vive, so inspirational. Did you compose it?

Hope your son's communion is a happy day for all the family. Best wishes Luke!